Replacing the Communist leader will be more difficult than Zhirinovsky

On Saturday, July 2, the IV Plenum of the Central Committee of the Communist Party of the Russian Federation will take place. The report of party leader Gennady Zyuganov is expected, among other things, to have an absentee polemic with the head of state over the ideological basis of the special military operation. How strong are the positions of the Communist Party of the Russian Federation, Zyuganov directly and who can replace him, we were told by our sources in the State Duma and the party itself. 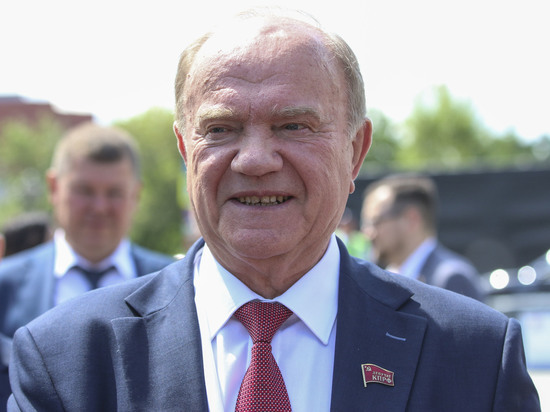 The country's chief communist sometimes makes adjustments during the presentation of his report. But the main positions are already known. Of greatest interest is the part where Zyuganov talks about the ideological justification of the special operation.

“The tragedy of Ukraine began with the transformation of the most prosperous Soviet republic into a poor country,” Zyuganov recalls. “This was followed by the formation, as in Russia, of a criminal oligarchy that betrays the interests of workers and suppresses their rights.” And all this is “a direct result of the monstrous crime of destroying the USSR.”

The revival of “Soviet patriotism”, according to Zyuganov, should become the ideological basis of the NWO: “It is no coincidence that the soldiers of our army and local residents, at the behest of their hearts, raise red flags, restore monuments to Lenin, use symbols with a sickle and a hammer.” He asks, “Why is there no desire for those in power to show the rise of Soviet Ukraine? But then we were together! Together we built and developed our common Motherland! Why, instead of discussing such important and fruitful topics, citizens are given fables about the fact that “Lenin invented the Ukrainian people”?

And finally, “the now extolled Ivan Ilyin composed odes to the glory of German fascism. Even in 1948, while in Switzerland, he wrote in the article “Our Tasks”: “Fascism was right, because it proceeded from a healthy national-patriotic feeling.” I just want to ask the pro-government noteworthy patriots: who are you dragging us all into authorities?

However, as our source in the Communist Party said, even such a frank correspondence debate with the theses of Vladimir Putin is rather a manifestation of the “great Soviet style” characteristic of Gennady Zyuganov, and not a confrontation at all. Nevertheless, there is still talk about Zyuganov's possible successors, but to a greater extent due to “physical” reasons – the age of the Communist Party leader himself and the death of Vladimir Zhirinovsky. Plus, the theoretical change of the head of the communists will not be “as simple as in the case of the Liberal Democratic Party” – the party is really strong and the “imposed” candidates can cause discontent in the regions.

Our source in the State Duma explained that the Communist Party of the Russian Federation is an apparatus party that has a system of nominating personnel from top to bottom. There are powerful regional branches, and it is mainly the heads of departments who get into deputies. That is, their own system of party lifts operates.

The closest to Zyuganov are his first deputy Yuri Afonin and simply deputy Dmitry Novikov. Afonin is relatively young, but “an apparatchik, not bright, although public, but not a speaker.” He does not know how to make such fiery speeches about the death of capitalism as Zyuganov. Novikov “is in charge of ideology”, for the second convocation he has been nominated for the post of speaker of the State Duma (unsuccessfully), which indicates his apparatus weight.

Academician Vladimir Kashin can hardly become a successor. He is very respected in the party, but clearly not a leader and not young. Ivan Melnikov in emergency cases may well replace Zyuganov, we also respect him, but according to our source, he is not ready to be a permanent leader.

Another iconic figure in the Communist Party is Nikolai Kolomeitsev. However, in the party he is considered more of an organizer than a leader. At meetings and forums, he does not make keynote speeches, unlike Novikov and Afonin.