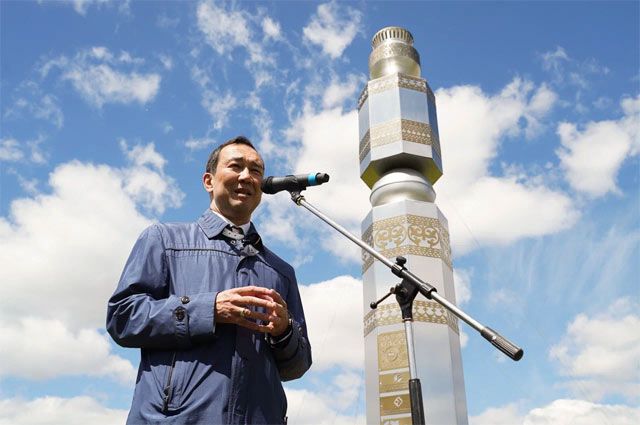 In the innovation center “Skolkovo” the tenth international technological conference Startup village, the largest in Russia and the CIS, was held. It traditionally brought together founders of startups, mentors and investors, representatives of business, science, and authorities from all over Russia. The largest participant of the event was the Republic of Sakha (Yakutia).

At the beginning of the conference, Head of the Republic of Sakha (Yakutia) Aisen Nikolaev.

“I am very glad that today, within the framework of the 10th anniversary exhibition Startup village, Yakutia is one of the main regions of participants. Of course, I consider this a recognition of the 10-year cooperation that we have with the Skolkovo Foundation. carried out. We always conducted it consistently, never shied away from right or left, depending on any proofreading. We consistently built up our information infrastructure in the republic with the full support of the fund. And the results that we have today in the republic in the development of innovations, in the development of technological start-ups, in my opinion, are also based on fruitful cooperation with the Skolkovo Foundation. This is not just money, but it is also competence, help, advice, this is the communication that allows startups to really become on the same level with the largest Russian and international startups. I am sure that everything will be fine in Yakutia in this direction. They are afraid that this process may slow down due to sanctions, but I believe that for regions like us, sanctions provide clear opportunities that must be used. I am doubly glad that this event is taking place within the framework of the centenary of our republic. And the path that it has traveled, from a region with 4% of the literate population to one of the most advanced highly developed regions of the Russian Federation, is just an indicator of what people's knowledge and talent can do with the right direction. I thank all the participants who represent Yakut startups. There are a lot of them, and from us came those of them who today are the most prepared to represent our country, », — said the head of the Republic of Sakha (Yakutia) Aisen Nikolaev. 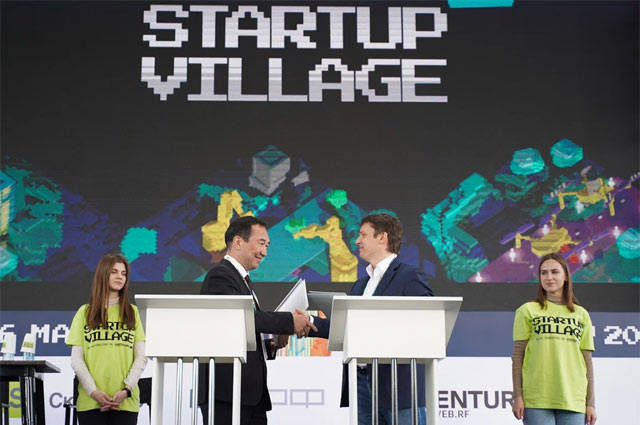 Signing an agreement with Skolkovo. Photo: Website of the President of the Republic of Sakha (Yakutia)

This year, Yakutia presented its developments in a separate pavilion built in the form of a urasa. Here, 65 startups presented their projects in the field of high technologies. Among other things, projects for medicine and life in the extreme conditions of the North were shown. Among them: a fire-fighting system unique for Russia “Silvan”, all-wheel drive mini-loaders with increased cross-country ability “Batrak (Labor laborer)”; — winner of the Grand Prix of the Startup Tour 2022 in Yakutsk, “smart” clothing based on graphene and new nanomaterials, “Freeze Protect”, a skin protection product against frostbite, which includes cryoprojectors produced by insects in Yakutia.

Opening of the pavilion of Yakutia at the X international technology conference Startup Village. Photo: Website of the President of the Republic of Sakha (Yakutia)

Photo: Website of the President of the Republic of Sakha (Yakutia)

Also, as part of the event, a solemn ceremony of installing the serge — ritual hitching post, which is a sacred hitching post, a symbol of Yakut hospitality and evidence of many years of friendship. Its installation is dedicated to the celebration of the 100th anniversary of the formation of the Yakut ASSR and the 10th anniversary of cooperation between Yakutia and the Skolkovo Foundation.

“In commemoration of the 100th anniversary of our republic, here, in the center of the innovative development of our country, the Yakut serge appeared. I thank the Skolkovo Foundation for supporting our idea. For us, for the Sakha people, serge is not just some ordinary object, not just a hitching post, it is a sacred tree that unites all worlds. And, of course, where the serge is established, the spirit of our people is present. Therefore, I would like it to bring good luck not only to the Yakut startups that work in the center, but to the whole of Skolkovo, — emphasized the head of Yakutia. 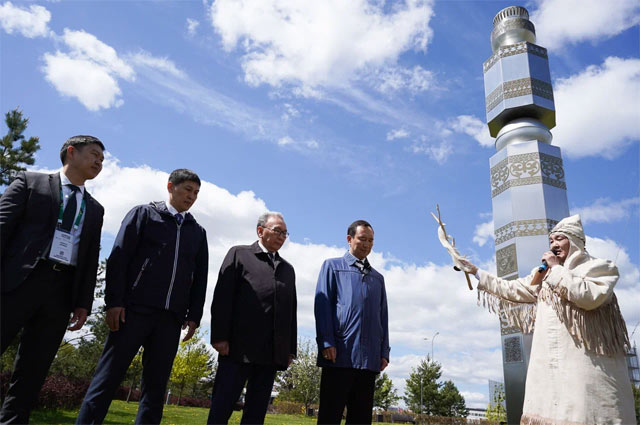 Opening serge. Photo: Website of the President of the Republic of Sakha (Yakutia)

The secret of success

Aisen Nikolaev also answered a question from an AiF journalist: “Yakutia occupies a leading position in technological entrepreneurship both in the Far Eastern Federal District and in Russia as a whole. How did the republic manage to achieve this?»

«This is the result of a lot of work. Only with the “Skolkovo” we have been cooperating for 10 years. We have a number of other projects with the largest development institutions in our country. And, of course, we have always paid great attention to supporting and creating an innovative ecosystem. These start-ups would not have arisen if a serious system of development institutions had not been created in Yakutia, including a technology park and an IT park. A creative cluster is already being created and a venture company is operating, various accelerators and financial institutions are operating. In the form of a regional bank: “Almazergienbank”. We were one of the first in the country to have the Ministry of Digital Development and Innovation. All this together, with the right approach and organization, gives the result that is called the “Yakut innovative miracle”. In fact, this is the result of the painstaking work of hundreds of thousands of people, », — noted Aisen Nikolaev.