When WA reopens, will the Pilbara be cut off?

The Pilbara tourism industry says it needs concrete answers from the West Australian government as to whether the region will be cut off from the rest of the state, as the region's vaccination rates remain low.

WA is expected to relax its hard borders on February 5.

In November, Premier Mark McGowan flagged tourists could be blocked from visiting regions with low COVID-19 vaccination rates and unvaccinated residents may be restricted from returning home.

In comparison, 85.4 per cent of the eligible West Australian population has received two doses of a COVID-19 vaccine.

Mackerel Islands chief executive Drew Norrish said he was awaiting the state government's final decision and was quite nervous.

"We're hoping it still stays with the original advice and that people that aren't vaccinated will have trouble getting into the region and everyone else can free flow and fulfil their holidays," he said.

Mr Norrish said the tourism industry needed to know if and when the borders would be closed so as to inform customers as soon as possible. 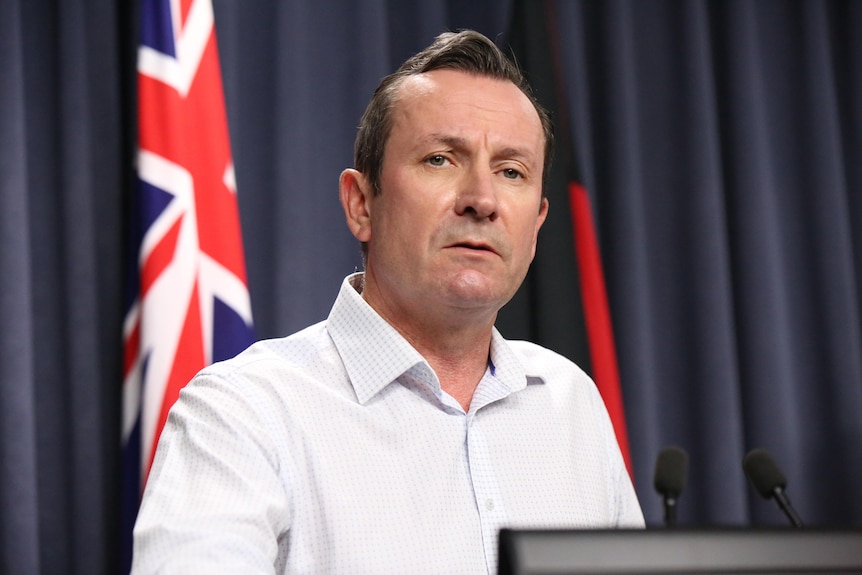 Mark McGowan has flagged that tourists could be blocked from visiting regions with low vaccination rates.(ABC News: James Carmody)

"Direct bookings we can contact straightaway but [for] people who bring coach loads of people into the region or are booked on tours and third parties we need months to really make sure that's not a messy outcome," he said.

A spokesperson for the state government said, under WA's Safe Transition, anyone travelling into the Pilbara by air would be required to be double vaccinated.

"This is clearly something we want to avoid but, if the rates do not reach the levels we need, these measures may be unavoidable," they said.

"This may include proof of vaccination in various settings, among other options."

Uncertainty ripe across the Pilbara

Mr Norrish said he was staying in close contact with tourists who had booked accommodation and tours to the Mackerel Islands, as well as the Karijini Eco Retreat, which the company also manages.

"We've all been through our terms and conditions and tried to communicate those with people as they book so that everyone's fully aware of what the range of outcomes could be," he said.

Mr Norrish said tourists he had spoken to were clear it was up to them to be vaccinated to fulfil their holidays.

Pilbara Tours managing director Phil Smeeton said the uncertainty surrounding the government's previous announcement had made him hesitant to plan for the upcoming tourist seasons. 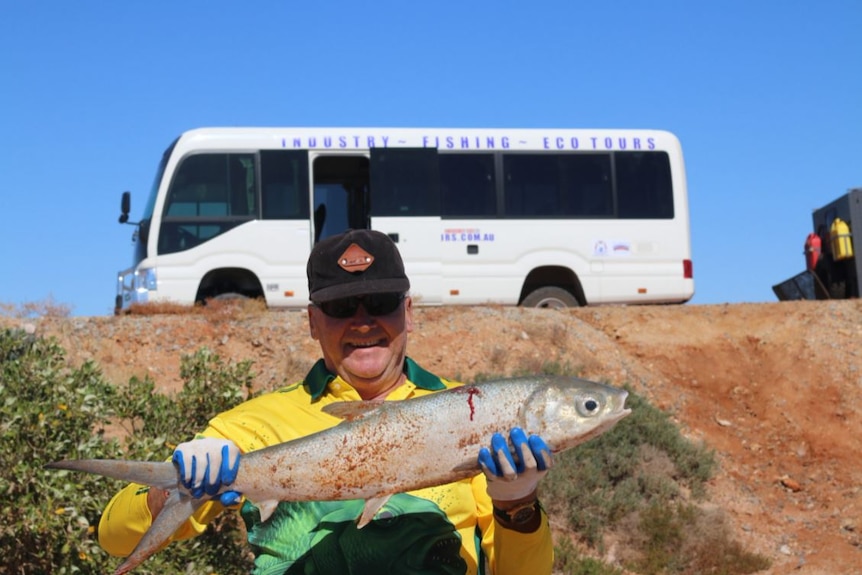 Pilbara Tours' peak season starts in April, but the company says it's difficult to plan for it.(Supplied)

"Ordinarily, we would start planning immediately when the season stops but this year, because of COVID, we've been hesitant to plan too much because it's a bit of a moving feast," Mr Smeeton said.

The company was unsure how popular tours would be once WA's borders relaxed, he said.

"It might be that tourists will be hesitant to take tours, getting on buses, if they're trying to avoid getting COVID and it might well be that the state's not happy with unvaccinated travellers through the Pilbara."

Mr Norrish said he was planning for all eventualities and was expecting some bumpy periods during the next year.

"The availability of staff is one thing. Probably the nervousness will be, should COVID come into the workforce in remote places, and they're forced to isolate, that's a whole other potential set of impacts to service quality and things like that." Tourists planning to visit destinations like Karijini Eco Retreat are being told they'll need to be vaccinated.(ABC: Back Roads)

Mr Smeeton said the companies, which had been running for four years, were trying to come up with new solutions to adapt to the changing times.

"If the response from the tourist markets is a hesitancy around getting on buses, we have a capability [for people] to tag along to us with inter-vehicle communication so we can still do guided tours, but people will be able to travel in their own vehicle," he said.

A spokesperson for the state government said it was doing everything it could to encourage people in the Pilbara to get vaccinated.

"These activities in the region are extensive and include mobile response vaccination teams that are continuing to offer door-to-door vaccination in all towns across the Pilbara," they said.

"Efforts include clinics extending hours and opening on weekends where possible."

The state government said, during January, mobile buses would visit the Pilbara to offer vaccinations in parks and other locations for vulnerable clients.

The spokesman for the City of Karratha said it was supporting the state government's vaccine rollout but was concerned that the Pilbara-wide rates were still so low.

"We are seeking advice from the state government regarding the particular segments of our community that are most under-represented in vaccination so that vaccination promotions and efforts can be targeted at those cohorts," he said.

"With the state border set to open on February 5, it is critical that all eligible people in the community act now to get their vaccination."