What kind of hypersonic missile for the Su-57 fighter was “spotted” on the Web?

An image of a new hypersonic missile from the arsenal of the fifth generation Su-57 aircraft has appeared on the Web. Experts & nbsp; assume that this ammunition is created within the project & nbsp; & quot; Larva-MD & quot; (short-range) for use from the internal compartments of the aircraft.

New missiles from the arsenal of the Su-57. Photo: Mikhail Zherdev. pic.twitter.com/u60g21iblR

An image of the new ammunition was found on a poster for the Tactical Missile Corporation. This Russian corporation, one of the largest manufacturers of missile weapons, spoke about the holding's plans for 2022. The picture shows the Su-57 fighter itself, the Oka-E1 aircraft weapons preparation complex, as well as several missiles that it may be equipped with in the near future. It was among them that “ lit up '' new weapons. Its appearance resembles the Onyx supersonic universal medium-range anti-ship missile.

It is assumed that this particular ammunition class “ air & ndash; surface '' is being developed within the framework of experimental design work (ROC) for the project “ Larva-MD '' (short-range) for use from the internal compartments of the fifth generation Su-57 fighters, which are to become carriers of hypersonic weapons. Since 2019, the second stage of the R&D project has been underway for this project. Now the development is at the stage of ground testing and flights with mass and size models. Work on the key component & mdash; active homing head & mdash; is carried out in the Ural Design Bureau “ Detail ''.

Presumably, the new missile & nbsp; will fly at a speed of five or more times faster than sound and will become a difficult target for modern air and missile defense systems. This will be a short-range munition with a range of the order of hundreds of kilometers, while other hypersonic missiles fly 1000 kilometers or more. The main targets for the missile will be sea targets of a potential enemy. The missile will be designed to engage ground and sea targets. In the future, the ammunition will replace one of the most widespread Kh-31 anti-ship missiles in the arsenal of the Russian Aerospace Forces.

The engine of the hypersonic missile will be the direct-flow hypersonic “ product 70 '', which is being developed by the Soyuz Turaev Machine-Building Design Bureau, which specializes in power units for super-high-speed missiles. This will make it possible to develop a speed of over Mach 5 and will be able to overcome existing and future air defense/missile defense systems. Currently 'item 70' is undergoing fire tests. This element is already being used as a power plant for a number of Russian hypersonic weapons, including the promising Gremlin hypersonic missile.

It is known that Russia is creating at least several hypersonic systems. Last year it was reported that they want to use the first production Su-57 fighter for testing such weapons. The fact that the new fifth generation fighter is considered as a carrier of hypersonic missiles was also discussed in 2018. At the same time, experts said that the & nbsp; Su-57 will receive hypersonic weapons, which it can use from the internal compartments. Thus, we can conclude that & nbsp; the rocket will be significantly smaller than a single & nbsp; hypersonic aircraft missile, which is now in service with the Russian Aerospace Forces & mdash; 9-А-7660 “ Dagger. '' & Nbsp; Its carrier is the MiG-31 interceptors, which underwent a special modernization for this, as a result of which the external suspension was improved. The alleged carriers of the new missiles & nbsp; also & nbsp; will be the front-line bomber Su-34 and the long-range missile carrier Tu-22M. 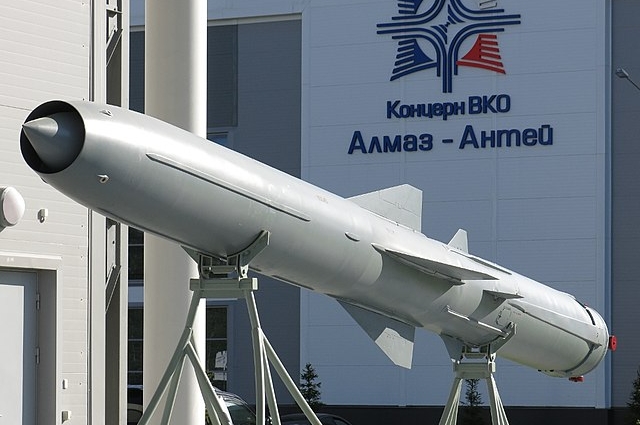 This year it became known that the bombers of the Russian Aerospace Forces will be able to use the promising X-95 complex. Among the carriers are called long-range bombers Tu-22M3M, “ strategists '' Tu-160M, as well as PAK DA (a promising long-range aviation complex). The prototypes of the rocket have already passed tests from the air carrier. One of the most important Russian innovations in this area is the Zircon hypersonic missile designed for surface ships and submarines of the Navy. This year the program went through several important stages at once. In particular, the military carried out a salvo launch of the Zircons. It became known even earlier that the missile was able to reach a speed of M = 8 during tests. The mass of the Zircon warhead estimated at about 300-400 kilograms. The flight range exceeds a thousand kilometers. The technologies tested on this rocket will also be used on hypersonic aviation complexes.