Turkey did not detain the cargo ship Zhibek Zholy sailing under the Russian flag, the Aydınlık newspaper reports. According to her, the cargo ship is currently in the roadstead near the Black Sea port of Karasu. The publication also accused the Ukrainian ambassador in Ankara of “provocation” and laying “political mines”. Earlier, the diplomat said that the Turkish authorities arrested the ship, which allegedly contained from 4.5 to 7 tons of Ukrainian grain. 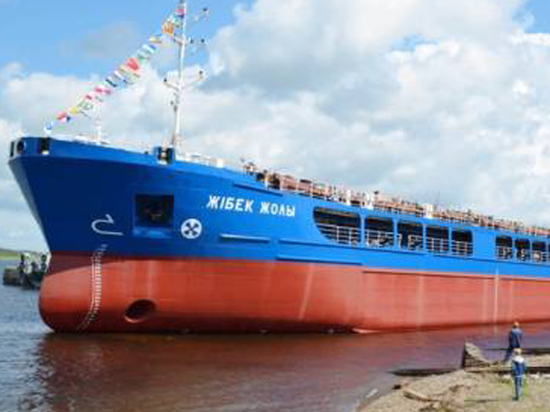 On Monday, July 4, the Ukrainian ambassador to Ankara, Vasily Bondar, informed that the Turkish authorities had detained and confiscated the cargo ship Zhibek Zholy, owned by the Kazakh state company KTZ (Kazakhstan Temir Zholy – Kazakhstan Railways), but sailing under the Russian flag. According to him, the ship, which allegedly carries Ukrainian grain, is being held at the entrance to the port of Karasu.

Bondar also said that the fate of the cargo ship would be finally decided at a special meeting of investigators, which, presumably, would take place already at This week.

At the same time, Turkish customs officials, contacted by the Aydınlık newspaper, argue that the information about the “detention” of the vessel – and even more so about its “arrest” – is not true.

“Ambassador Bondar wanted to lay a political mine in the grain corridor, opened thanks to the Turkish-Russian agreements and appreciated all over the world,” the publication notes.

The day before, Reuters, citing a high-ranking Turkish official, said that at the request of the Ukrainian authorities, the cargo ship Zhibek Zholy was stopped in the port of Karasu. The interlocutor of the agency added that Kyiv's allegations are being thoroughly investigated. Moreover, he stressed that Ankara is in constant contact with Moscow, the United Nations (UN) and third parties on this issue.

“The grain does not say who it belongs to,” the source said. .

The Russian media have also addressed representatives of the Turkish customs services earlier. Customs officials told them that as of Monday afternoon, July 4, Ankara had not yet made a decision about the bulk carrier. Therefore, the ship continued to wait at the entrance to the territorial port.

Earlier it was reported that after unloading the dry cargo ship in the port of Karasu, the grain was to be delivered to the city of Konya in Central Turkey.

Meanwhile, Kazakhstan's KZT joined the solution of the situation with the dry cargo ship. In the autumn of 2021, she entered into an agreement on chartering the ship Zhibek Zholy without a crew with the Russian company Green Line for a period up to November 30, 2022.

According to Kyiv, on board the dry-cargo ship may be from 4.5 to 7 thousand tons of Ukrainian grain exported from Berdyansk. At the same time, the state company KZT assured that the deal for the sale of grain was concluded between the Estonian company and the Turkish side. The seller is registered in Europe, which shows the legality of the transaction.

In addition, in order to clarify the situation and avoid violating international law, KZT obliged the Estonian company to provide all documents (contracts, certificates, etc.). Its representatives also confirmed that the agreement and the shipment of grain are absolutely legal.

Meanwhile, the Minister of Industry and Infrastructure Development of Kazakhstan, Kairbek Uskenbaev, indicated that the authorities of the republic could terminate the contract with the company that rented the Zhibek Zholy vessel in case of violation of legal norms.

“If he (the lessee) was engaged in any activity that does not comply with the legal norms that are accepted in Kazakhstan and in international law, then, of course, this agreement will be terminated and this ship will be recalled,” the head of the department explained to reporters.

Uskenbaev believes that the Turkish side can give a legal assessment of this situation. Only after that it will be clear whether there are legal consequences for the termination and return of this ship or not.

Meanwhile, Russia is waiting for clarification of the situation from the Turkish side. The Russian Embassy in Ankara reported that they had not yet received notification from Turkey on this issue. Earlier, Kremlin spokesman Dmitry Peskov said that Moscow has no information that a ship flying the Russian flag was detained in Turkey.

“If there is a detention or confiscation, the Turkish side should inform us about this through our channel embassies or consulates,” said the press secretary of the President of the Russian Federation.

The head of the Russian Foreign Ministry, Sergei Lavrov, also spoke about the need to sort out the situation with the detention of the Russian dry cargo ship off the coast of Turkey.

“We must deal with this situation,” the minister said during a press conference. “The ship seems to be really Russian – under the flag of Russia, belongs, in my opinion, to Kazakhstan, and the cargo was under a contract between Estonia and Turkey.”