While the natives are transporting poor migrants in their cars, the rich are walking to the fullest

Little Moldova, which itself is under the weight of the crisis, but has assumed the responsibility of accommodating refugees in a neighborly way from Ukraine, is at the limit of its capabilities. As of March 23, 336,377 Ukrainian citizens crossed the state border with neighboring Ukraine, 236,759 people subsequently moved further to the West, but about 100,000 refugees still remain in the country. 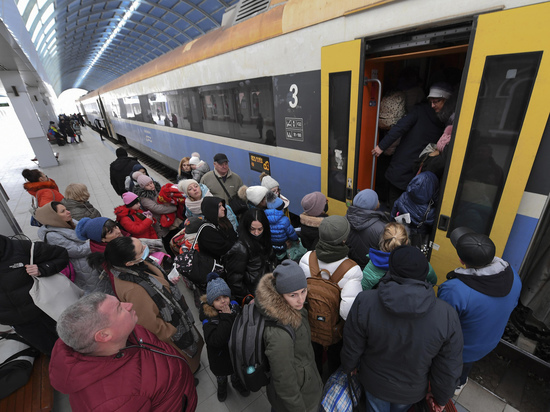 Moldovans — hospitable people. In the early days, people drove to the border in their old cars to pick up and deliver to their apartments and country houses those who tried to get out of the neighboring country on foot. And they placed people for free. The state joined the process only a few days later, creating several dozen accommodation centers — as a rule, in the buildings of vocational schools, houses of culture… At the same time, those municipalities that began to accommodate refugees on their own even before the Commission for Emergency Situations announced the opening of accommodation centers, did not wait for help from the government. “Several districts turned to the government for help, and half of them did not receive support, and those that did receive only 30-40% or even 10-20% of the required amount. We do not understand the criteria for the distribution of financial resources, &rdash MP Vlad Batryncha told journalists. At the same time, according to him, & nbsp; many rural mayor's offices, which are making efforts to receive refugees, have not received a single lei at all.

According to Moldovan President Maia Sandu, the money allocated by the European Union for the accommodation of refugees will be enough for three weeks at the most. This deadline is already running out. Therefore, the Moldovan authorities are looking for ways to transport Ukrainians further to the West. So far, 5451 people have asked for asylum in their country. Of these  631 people applied for the education of their school-age children in local educational institutions. Moreover, only 40 families ask that their children be taught in Ukrainian, & nbsp; 37 they are asked to provide them with the opportunity to study in the Moldovan language & nbsp; and 554 & ndash; in Russian…

Refugees who arrived in Moldova from Ukraine note how well they are received in the neighboring country. They provide not only housing, but also food. But in Moldova itself they have already begun to express claims against immigrants from Ukraine. Not all, but only the wealthiest.

Chairman of the association “My Moldova” Fedor Gelich said on social networks that he was shocked by the behavior of some Ukrainians. According to him, when a military special operation began in Ukraine, many ordinary Moldovans went to the border crossing in their old cars to help pick up and transport refugees from there. They did it for free, spending the money of “their family” on transportation. And at the same time, a string of expensive cars stood at the entrance to the country, which “have never been seen” in Moldova. “I want to appeal to the Ukrainian so-called refugees. For those who arrived in Lexus, Mercedes, BMW… – Gelich says. – Dear refugees, it feels like you are on a tourist trip. Citizens of Ukraine walk in restaurants. All hotels are full. They walk. And our Moldovans are transporting poor Ukrainian refugees for their own money.” He said that during the trip to the border he saw “wild scenes.” In a seven-seat Lexus “a man, a girl and a dog” are riding, and ordinary Ukrainians are walking nearby. And Moldovans pick them up in their old cars. “Where is solidarity, and where is love for compatriots? I am ashamed of the citizens of Ukraine»,– he continues.

He also wondered: how did these men in “cool cars” cross the Ukrainian border? After all, those liable for military service (from 18 to 55 years old) are not allowed out of the country. And at the border crossing, he really saw how ordinary Ukrainians say goodbye at the border: women and children go to Moldova, and men return home. But that doesn't apply to those in Lexuses. According to him, those for crossing the border unfasten Ukrainian border guards from 3,000 to 5,000 euros. “It’s so disgusting to watch all this,” – he concluded.

From the antics of the “Ukrainian elite” in Chisinau, hotel employees are also shocked. According to their stories, one lady who was accommodated for free in a five-star hotel made a scandal about the “non-working pool.” The second madam, who, after waiting a bit in Moldova, went further to the West, left behind a debacle in the room: she tritely stole a plasma TV from the wall, leaving instead an inscription about “Russian ship”.

By the way, Many Moldovans have already noticed the propensity for vandalism among Ukrainian refugees. In cities and villages, most of the monuments of the Great Patriotic War have already been disfigured with all sorts of inscriptions and painted in yellow and blue colors. But the kind residents of Moldova feel sorry for their neighbors and wait for them to be re-educated…