The Netherlands will contact the International Civil Aviation Organization (ICAO) in the case of the Malaysian Boeing MH17 crash in July 2014, when 298 people died. This was reported by the Dutch news service RTL Nieuws. The aviation expert explained to MK what consequences such an appeal could have for Russia. 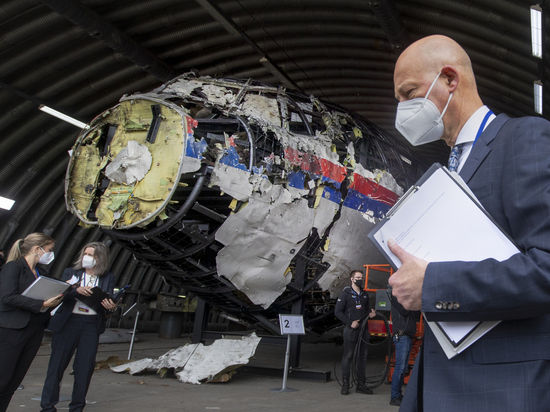 With reference to sources, the Dutch media claims that the procedure in ICAO may have serious consequences for Russia, which, according to the Dutch side, is guilty of what happened. The decision – whether to apply to ICAO or not – must be made by the new government of the Netherlands, which is being formed.

As you know, in The Hague for several years there has been ongoing litigation in relation to the MH17 disaster. Charges were brought against three Russians and one Ukrainian: Igor Girkin (Strelkov), Sergei Dubinsky, Oleg Pulatov, Leonid Kharchenko. Investigators claim that they were involved in the fact that the militia got an anti-aircraft missile, which allegedly shot down the Boeing.

The Russian side denies all charges against it. And now, according to the Dutch RTL Nieuws, the procedure in ICAO will allow Russia to be held accountable.

What is ICAO? It is the UN agency that sets international standards for civil aviation and coordinates its development for safety reasons. What consequences could the Netherlands appeal to this structure in the Malaysian Boeing case?

– If the criminal court in The Hague turns out to be powerless and cannot identify the perpetrators, how will ICAO establish this? – Roman Gusarov, the leading aviation expert, editor-in-chief of the Internet portal AVIA.RU, is perplexed. – ICAO can only consider the aviation part of the event: who, where, how they acted in a given situation. At the same time, the ICAO investigation will be completely different from the court in The Hague. And it will not start with the study of social networks – who posted what there. ICAO will start with the elementary – by examining the flight recorders, if any, the wreckage of the aircraft. First of all, these are negotiations between the dispatcher and the crew. That is, ICAO demands records that, as I understand it, do not exist in The Hague and which have not yet been made public.

Further. The most important question for ICAO: why has Ukraine not fulfilled its obligations under the obligations to the international community for ensuring the safety of civil aircraft in its airspace? Under international aviation law, this should be the first question in an ICAO investigation.

After all, shortly before the tragedy, several planes were shot down over this zone. Why did civil aircraft continue to fly further? Directly responsible for such a decision is the prime minister, head of government. With this, I think, the investigation in ICAO will begin, and it will have a completely different angle from the point of view of aviation legislation.

The Malaysian Boeing case disrupted the normal course of events. First, an aviation investigation is carried out, and then – a court of general jurisdiction, a criminal one, and so on. First, the aviation authorities give their opinion. That is, the authorities authorized to conduct an investigation. Who did what, how, did the wrong thing in some situation. And only then, within the framework of the criminal investigation, a conclusion is made on the degree of responsibility and guilt.

Here everything went in the opposite order.

I think that the threat of Holland's appeal to ICAO for Russia should be considered, as a positive point. ICAO is not a tribunal, it does not impose sanctions. ICAO may investigate. And not politicized.

Although, of course, we do not understand the current state of ICAO. Previously, this organization was outside of politics. The aviators stood firm. But now, for example, in the case of Minsk (the accident with the forced landing on May 23, 2021 of the Boeing 737-8AS of the Irish airline Ryanair, flying on the Athens-Vilnius route – MK ), the investigation is dragging out. Although, it would seem, what is there to find out. But it was postponed until January. It looks like they are also under strong political pressure. So it is not yet known what will happen to the Dutchmen's appeal.

Still, at the ICAO platform, Russia, at least, will be easier to present its position. It will be more difficult not to hear it there.