“Nothing happens in the East for one reason only”

Against the background of the ongoing Russian special operation in Ukraine, Turkey claims to be one of the main mediators in the issue of a peaceful settlement. If the other day Ankara initiated a meeting of the Russian and Ukrainian foreign ministers, now the head of the Turkish Foreign Ministry himself went to Kyiv. At the same time, the Erdogan government abandoned anti-Russian sanctions.

We looked into the reasons for Turkey's position, which runs counter to the general course of its NATO partners, and what the country's leadership expects from its mediating role. 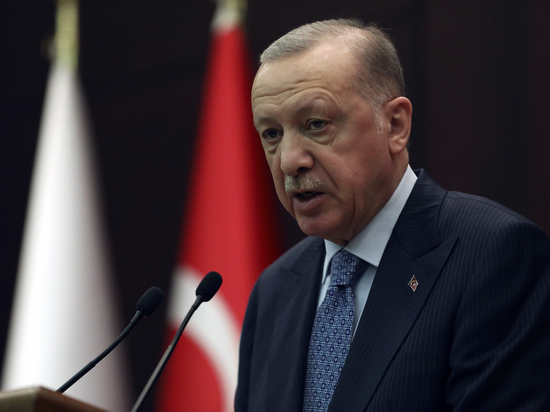 Despite strong Russian-Turkish relations – both at the state level and on a personal level, between Putin and Erdogan – Ankara at critical moments tries not to rush to extremes and categorically take sides. Back in 2014, after the annexation of Crimea to Russia, Turkey declared that it remained committed to the principle of Ukraine's territorial integrity. Having passed “between the streams”, that is, supporting its Western partners, and not cutting off ties with Moscow, Ankara has maintained this approach until the current conflict.

Turkey refused to join the unprecedented anti-Russian sanctions, but at the same time supported the resolution of the UN General Assembly condemning the actions of the Russian Federation in Ukraine. In Moscow, mindful that the UN document is only advisory in nature, they did not focus on the position of Ankara, which, in turn, actively took up peaceful mediation.

It was at the suggestion of the Minister of Foreign Affairs of Turkey, Mevlut Cavusoglu, that the first face-to-face meeting of the Foreign Ministers of the Russian Federation and Ukraine, Sergey Lavrov and Dmitry Kuleba, was organized since the beginning of the special operation. Now, Cavusoglu himself went to Kyiv to discuss humanitarian issues with Kuleba (Turkey continues to evacuate its citizens from Ukraine, more than 15,000 people managed to be evacuated) and further tactics of negotiations with Lavrov – at least, the Ukrainian minister said so.

But if all the parties in the Russia-Turkey-Ukraine triangle seem to be satisfied with the format of cooperation, then Ankara's partners in NATO are concerned about its actions. By not taking a clear anti-Russian position, the Turkish leadership only splits the already far from monolithic North Atlantic alliance. The concern of the American leadership is also eloquently evidenced by the regular contacts of the head of the US State Department, Anthony Blinken, with Cavusoglu (the last conversation for today took place just before the visit of the Turkish minister to Kiev).

Of course, Turkey is not the only partner of Russia showing restraint in the current conditions and demonstrating a certain solidarity towards the Russian Federation. The same China takes a more radical position, but Beijing, regardless of the confrontation between Russia and Ukraine, is waging a confrontation with the United States. The attitude towards Turkey in the West, albeit ambiguous, is still completely different. And it’s not easy for Washington to put pressure on a rebellious partner like Beijing.

Associate Professor, Leading Research Fellow at the HSE Center for Asian and African Studies Aleksey Obraztsov explains: Ankara’s position in the conflict between Moscow and Kyiv and its growing role as mediator is associated with several factors.

“Nothing happens in the East for one reason only. The immediate goal facing the leadership of Turkey is victory in the upcoming presidential elections (scheduled for June 18 next year. – “MK”). To do this, apparently, will be extremely difficult. Monstrous inflation plays its part: my Turkish friends joke that if you toss a one lira coin into the air, 90 kuruş will return to your hand. And also the strengthening of the opposition, which, apparently, has finally decided on a single candidate, this is the current Istanbul mayor Ekrem Imamoglu (and Istanbul is very important, it is more than 15 million inhabitants, a rare European country boasts such a population). And this is the first reason why the current Turkish authorities are showing somewhat hypertrophied activity,” the expert said.

Secondly, we are talking about the economic situation as a whole. “Judging by the plans of the authorities for the upcoming summer season, they expect to some extent stabilize due to the tourist flow,” said Alexey Obraztsov. “But in general, this is still not enough for the economy, and Ankara is well aware of this. Something needs to be done about this as well, and traditionally the largest profits in tourism come from guests from Russia and neighboring countries.”

Our interlocutor connects the third factor with the situation in NATO and Turkey’s clear understanding that that Western partners continue to perceive it as a “second-class country”, if not even a third.

“Within the North Atlantic Alliance, there are a number of restrictions for Ankara, and the history of its interaction with the European Union has already set its teeth on edge,” the expert recalled. – Turkey is constantly asking to go there, although it has been repeatedly hinted that it will never join the EU. Understanding this, alas, comes only now.

Accordingly, Turkey has its own major ideological project, which has a certain global support, originating in the doctrine of pan-Turkism: all Turks are brothers, we are ready to stand shoulder to shoulder, our level of development is your territories, etc.

This ideology requires constant “warming up”, even regardless of the position of the Turkic community in a particular country. And activity is already being observed in various countries – from Bulgaria to Azerbaijan, whose recent war with Armenia has demonstrated that pan-Turkic cooperation is working impressively. For these reasons, Ankara believes that its participation in the current events is vital, both in terms of internal political and external parameters.”

As for Ukraine specifically, like everyone else, Turkey is using the crisis to strengthen its own status as a political and military outpost of NATO in the south, Obraztsov emphasizes: “The leadership of the alliance is also not stupid and is well aware that, for example, Romanian battleships if necessary, block the Black Sea straits, and Greece will not send aircraft carriers to the Aegean Sea. In terms of the size of the army, its equipment and overall combat readiness, of course, Turkey is the largest force on the southern NATO flank, it is a bridge to anywhere: to the Middle East, to Southern Europe.

Under these conditions, any pressure from Washington is absolutely not critical for Ankara. “In fact, Turkey’s relations with the United States have never been brilliant, both today and half a century ago. The Turkish side has always tried to get something from the Americans, primarily capital, investments, the most profitable trade contracts, but this has never been friendship. And today Ankara is counting less and less on, let's say, predetermined allies in the form of NATO or EU members, and relies more on situational alliances. Therefore, even in the current situation of incomplete coherence within the collective West, it is trying to play its own game,” the expert concludes.

Despite the stalled negotiation process, Turkey is only increasing mediation activity. President Erdogan, in a conversation with his Ukrainian counterpart Vladimir Zelensky on March 16, assured him that he intends to do everything possible to promote contacts between Russia and Ukraine at the level of heads of state. However, this initiative will probably hang in the air in the short term.

Despite Zelensky’s regularly declared readiness for face-to-face talks with Vladimir Putin, both in the Kremlin, and in the Russian Foreign Ministry, and in the expert The community is making it clear that at the moment the agenda of the “presidential scale” has not yet been developed, and the main hopes for resolving the crisis are still pinned on the continuation of the dialogue between the delegations, which started in Belarus at the end of February.