Melanie Hyde is happy to be home because the human rights lawyer, who works for the United Nations in the West Bank, hasn't been able to see her Queensland-based family for two years.

She can't wait to take her young daughter to see Australian animals she has only seen on an iPad, and for her to bond with her grandparents, who she knows mostly through a screen.

While she is relieved to be allowed to home quarantine with her Dutch partner and toddler, and grateful not to be in hotel quarantine, Ms Hyde has been left baffled by an "illogical" decision from Queensland Health.

Despite having had three Pfizer vaccines and returning negative PCR tests — before her flight from Israel and again in Australia on December 29 — she and her family must isolate for 14 days.

However, in a public health order from January 3, locals who have tested positive for COVID-19 must only isolate for seven days, provided they no longer have symptoms.

"You wonder, 'What is the logic behind someone that's actually COVID-positive … being required to isolate for half the time that we are'?" Ms Hyde said.

"I don't see how we are a greater risk. We've been vaccinated three times."

The quarantine requirement for international travellers in Queensland is expected to lift once 90 per cent of the state's eligible population has been vaccinated.

As of January 5, only 86.9 per cent were fully vaccinated.

Ms Hyde said she thought it was an oversight that would be corrected, but a spokesperson from Queensland Health defended the state's approach, saying they "continue to take a cautious approach as we reach vaccination milestones and ease restrictions".

"The risks associated with overseas travellers have not changed," the spokesperson said in a statement.

As COVID-19 cases rise across Australia and the threat of the Omicron variant looms over Christmas celebrations scheduled for the days ahead, some believe making rapid antigen tests free would help curb rising infections.

"While both interstate and overseas hotspots are a concern, the risk profile for overseas hotspots is greater, due to several factors, including: quality of vaccinations, different variants circulating overseas and uncertainty in contact-tracing processes used in other countries.

"That's why we may impose tighter restrictions than what have been set nationally."

University of Melbourne's head of the school of population and global health, Professor Nancy Baxter, said that, for people in Ms Hyde's situation, seven days in quarantine should be sufficient.

"Putting vaccinated and boosted folks into quarantine for 14 days after a negative test when COVID is everywhere makes no sense," Professor Baxter said.

She said one of the arguments for longer quarantine for international arrivals could be to prevent new variants coming in.

"But, at some point, I think you have to say that this doesn't make sense, given that we're relaxing everything for people who actually have COVID." Many in Israel have received a third dose of the vaccine. (Reuters: Nir Elias)

Entry rules for international arrivals are also inconsistent across the states.

Quarantine-free international travel into Australia is possible for fully vaccinated Australian citizens, permanent residents and temporary visa holders in NSW, Victoria, the Northern Territory, South Australia and the ACT, provided they isolate until they receive a negative test result.

Ms Hyde said any restriction on rights should be proportionate to the public health objectives, and should not be discriminatory.

"I felt really bad for complaining about it, to be honest, because there's so many people in terrible situations, and people still stuck overseas — Australians [who] can't get home," she said.

"But, at the same time, I feel like we need to speak out because it's really important that the government is held to account on the policies that … impact people's lives."

The latest rules for people in Australia state that people who have had COVID-19 but no longer have symptoms do not have to return a negative test before they end their seven-day isolation period. People are struggling to get a hold of rapid antigen tests. (Supplied: Marco Verch/Fickr)

However, some people have told the ABC they are concerned that seven days in isolation is not sufficient in every case.

Omar Harris said his parents got COVID-19 a week before Christmas, and have been isolating for more than two weeks.

The south-west Sydney man said there had been a lot confusion.

His parents were unaware the isolation period had been reduced to seven days, and the NSW Health website instructs close contacts to get a negative rapid antigen test on day six of isolation.

"But my parents haven't been able to get access to the rapid antigen kit at all," Mr Harris said, due to the scarcity and inflated prices.

Mr Harris said his parents were just trying to do the right thing to stop spreading the virus — his mother still had some symptoms after seven days — and had chosen to isolate rather than wait in long queues for a PCR test.

"My dad said: 'I'd rather just isolate myself for the period of time.'"

Another man, who asked not to be named, told the ABC that he received a text from health authorities on December 31, saying he could leave after seven days of isolation.

He didn't feel comfortable with that — he still had symptoms and a rapid antigen test showed he was still positive — so he stayed in on New Year's Eve.

So you have COVID. What happens now? Receiving a text revealing you have tested positive to COVID is a big moment, filled with uncertainty about what is to come. Yet it’s also oddly anticlimactic: the text arrives … then … nothing. So what should you do next?

"It just seemed like, basically, they were changing the rules to the point where people were still allowed out in the community [and they might] be infectious," he said.

"If I was a young kid, I probably would have been like, 'Screw this. I'm going to New Years,' and then [have infected] a whole bunch of people."

Professor Baxter said that, amid the confusion and fast-changing rules, the important caveat about symptoms might get overlooked.

"If you still have symptoms, you should not be going anywhere," she said.

"Messaging is confusing, so it is easy for people to misinterpret, given there is no-one providing guidance." Professor Nancy Baxter says people with symptoms should keep isolating, even if seven days has passed.(Supplied)

She urged people to make the "right decisions", such as wearing a mask in the first week after they leave isolation, and to avoid contact with people who are more at risk if they catch COVID, such as people in aged care, those with disabilities and those living in remote Indigenous communities.

Professor Baxter said the seven-day isolation rule was about averages and compromises.

"If you're double vaccinated, the vast majority of people will be negative or not transmitting virus at seven days, so that's the compromise they've made," she said.

"Yes, there will be some people that are infectious — it will be the minority.

"We are not having perfect management of this pandemic any longer, we are doing the best we can." 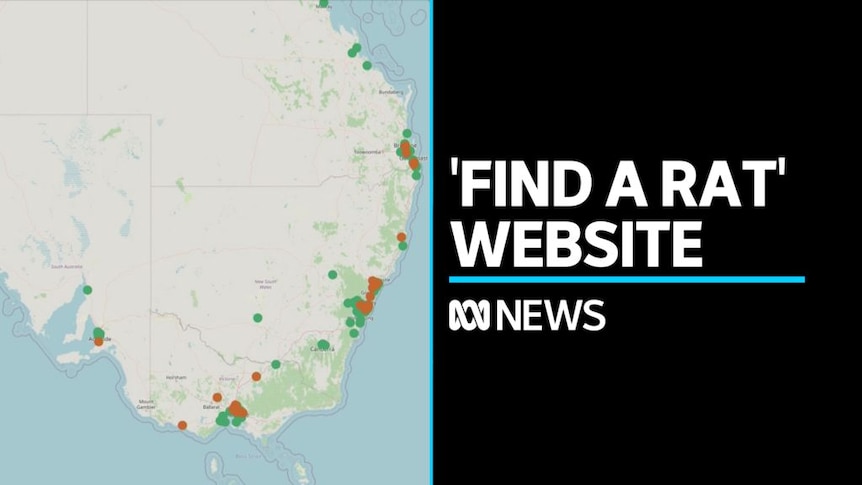