Transnistria froze agreement with Moldova: should we expect a new war

The conflict was inflated, but the consequences could be unpleasant

The authorities of the Transnistrian Moldovan Republic have suspended the agreement with Moldova on the use of agricultural land since December 30. In addition, Tiraspol stopped issuing neutral car numbers. All this was done in protest against the actions of the official Chisinau, which does not seek to establish a dialogue with the self-proclaimed republic. The Moldovan authorities are still silent, but Tiraspol may not like the answer. 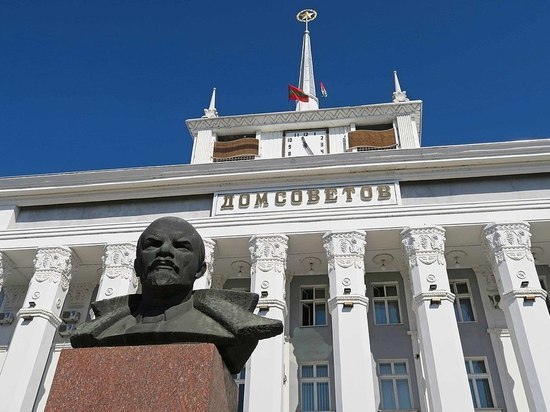 The agreement on agricultural land concerns four Moldovan villages, whose residents cultivate plots on the territory of Transnistria. The conflict over this has been developing since 2014, while in 2018 Tiraspol allowed farmers to use these lands for the next 20 years.

As for the license plates, on the eve of the Transnistrian authorities blocked the operation of vehicle registration points (TRPS), thereby depriving their local residents of the opportunity to participate in international road traffic. As you know, since September 1, Ukraine has banned the entry into its territory of vehicles registered in the unrecognized republic. In this regard, the queue of those wishing to receive neutral numbers (that is, numbers without the state symbols of Moldova and Transnistria) in Tiraspol stretched for three months.

The reason for the closure of the PRTS was the incident that occurred on December 22. At the entrance to Transnistria, Moldovan customs officers detained a car with a batch of neutral plates and plates bearing the symbols of Transnistria. The security forces agreed to let only the first type of signs pass, but in Tiraspol they said that they would not take one without the other.

The aggravation of relations between Chisinau and Tiraspol is taking place against the background of unsuccessful appeals of the head of Transnistria Vadim Krasnoselsky to the President of Moldova Maya Sandu to hold negotiations. Sandu agrees to exchange views only at the level of a political representative, although she herself has not been able to appoint a person to this position for 2 months.

Why cannot Sandu personally meet with Krasnoselsky, and what will Tiraspol's withdrawal from bilateral agreements lead to? “MK” was told by Moldovan political scientist Vitaly Andrievsky :

– Transnistria decided to use the “carrot and stick” tactic. The carrot is Krasnoselsky's proposal for negotiations, and the stick is the withdrawal from the agreements. On agricultural lands, the threats of Tiraspol will dissipate by spring. Taking into account the geographical position of the PMR, Chisinau will always have leverage. For example, Krasnoselsky will no longer be able to travel outside the PMR.

In the case of the numbers, Tiraspol decided to strike at itself. Chisinau is guaranteed not to give up neutral numbers, because the decision has already been made and has begun to work. Moreover, the numbers were originally a compromise option, since they do not have any state symbols.

– Most likely, Tiraspol is trying to play alongside the deputy head of the presidential administration of Russia Dmitry Kozak, who is now negotiating with the OSCE regarding Moldova. Krasnoselsky specifically called on Sandu to negotiate so that Kozak could then position Tiraspol as a supporter of dialogue and peace at the international level. Meanwhile, Krasnoselsky's address speaks of mutually beneficial agreements, by which Tiraspol usually understands its independence. Moldova, of course, has a different approach – it is the restoration of its territorial integrity.

In this sense, the meeting between Sandu and Krasnoselsky will give the latter an opportunity to once again speak out in the spirit of peacemaking and division, while the President of Moldova will receive nothing … Moreover, they will begin to accuse her of following in the footsteps of her predecessor Igor Dodon. Dodon met with Krasnoselsky 8 times, but they never managed to agree on anything.

– At one time Gorchakov said: “Russia is not angry, Russia is concentrating.” This is how Moldova is now concentrating. The day before, analysts gathered at Sandu to work out a strategy of behavior. In particular, the question was raised, what to do when Transnistria returns to Moldova and Russia removes the gas cushion from Tiraspol? In this case, the region will be forced to pay the full price for gas and will no longer be able to lower tariffs for the population and business.

Now only one thing is absolutely certain for Chisinau: Tiraspol must be returned peacefully. You need to think and prepare how best to do this. In this regard, it is good that Krasnoselsky expresses a desire to meet with Sandu, but so far they have nothing to talk about. A similar situation developed in the framework of the discussion of the possibility of negotiations between the heads of Russia and Ukraine. They also do not yet have topics for discussion, since the negotiators have not yet come up with a solution to specific problems.

In addition, there is a possibility that Krasnoselsky started this whole story with negotiations only in order to distract the attention of the TMR residents from his own re-election to the presidency. The elections were, to put it mildly, dubious. Krasnoselsky's only competitor was a person who did not even campaign. One of the candidates, who was not allowed before the elections, is already being searched … About 13% of the ballots in the elections were spoiled. Accordingly, there is discontent in society that needs to be neutralized by the presence of an enemy.