The United States is the world's largest arms exporter, and its military-industrial complex has flourished even more under Joe Biden. Japanese political expert and analyst Jun Kitamura noted that the Americans are cashing in on the background of what is happening in Ukraine and can get even more benefits if the conflict flares up in Taiwan. 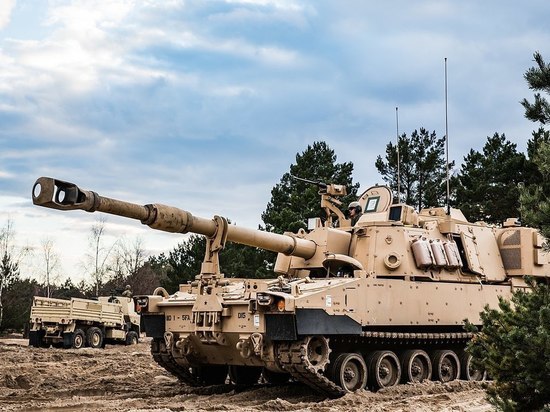 The words of the political scientist are reported by the Japanese edition of JB Press. The expert notes that over the past few years, the United States has provided almost 40% of the world's arms exports. At the same time, according to Kitamura, since the beginning of the special operation of the Russian Federation on the territory of Ukraine, the shares of American military companies have jumped sharply. The expert noted that the leader was Lockheed Martin, whose shares rose by 30% from January to March, followed by Northrop Grumann and General Dynamics, which showed an increase of 20%, while Raytheon, in turn, rose by 10%. .

Kitamura explained that as of the beginning of the year, the shares of some of these companies had no growth, and some even went into the red. The expert noted that the interests of the capital that controls the United States are expressed by the current President Joe Biden. According to the political scientist, military aid worth $650 million was sent to Ukraine last year alone.

The expert asks whether the further enrichment of the American military-industrial complex is possible against the backdrop of a possible conflict in Taiwan. According to Kitamura, the prerequisites for this are observed in the fact that American politicians are “inflating hysteria” about China's actions, similar to how it was with accusations against Russia.

The political scientist noted that the United States has been exporting weapons to Taiwan for a long time, but the Americans lack a bloc similar to NATO to resolve the Taiwan issue. Therefore, according to Kitamura, the Americans are building a network to contain China, which involves Japan and their allies in the Asia-Pacific region, for example, Australia, South Korea, the Philippines and even India.

The expert predicts that the United States will to create and spread “pro-Taiwan and anti-Chinese” sentiments in the Indo-Pacific region, akin to what happened with Ukraine. At the same time, Kitamura emphasized that the main idea of ​​the United States in such conflicts is not to take personal part in them. The political scientist noted that in the event of an escalation in Taiwan, the US military would not enter into a direct confrontation, which is proved by the current US defense budget, where spending on the navy has been reduced in favor of other troops.

Kitamura noted that this shocked the US Navy , but demonstrated the strategy that the States have chosen. According to the political scientist, the course of the current administration is to avoid a direct military clash with China, no matter how the situation around Taiwan develops.

Read also:An expert said whether China will open “second front” because of Taiwan.