The LDPR began to discuss the candidacies of Zhirinovsky’s successors

Even during the long illness of Vladimir Zhirinovsky, the LDPR discussed various candidates for his successor as party leader. Among the likely ones are Leonid Slutsky and Mikhail Degtyarev 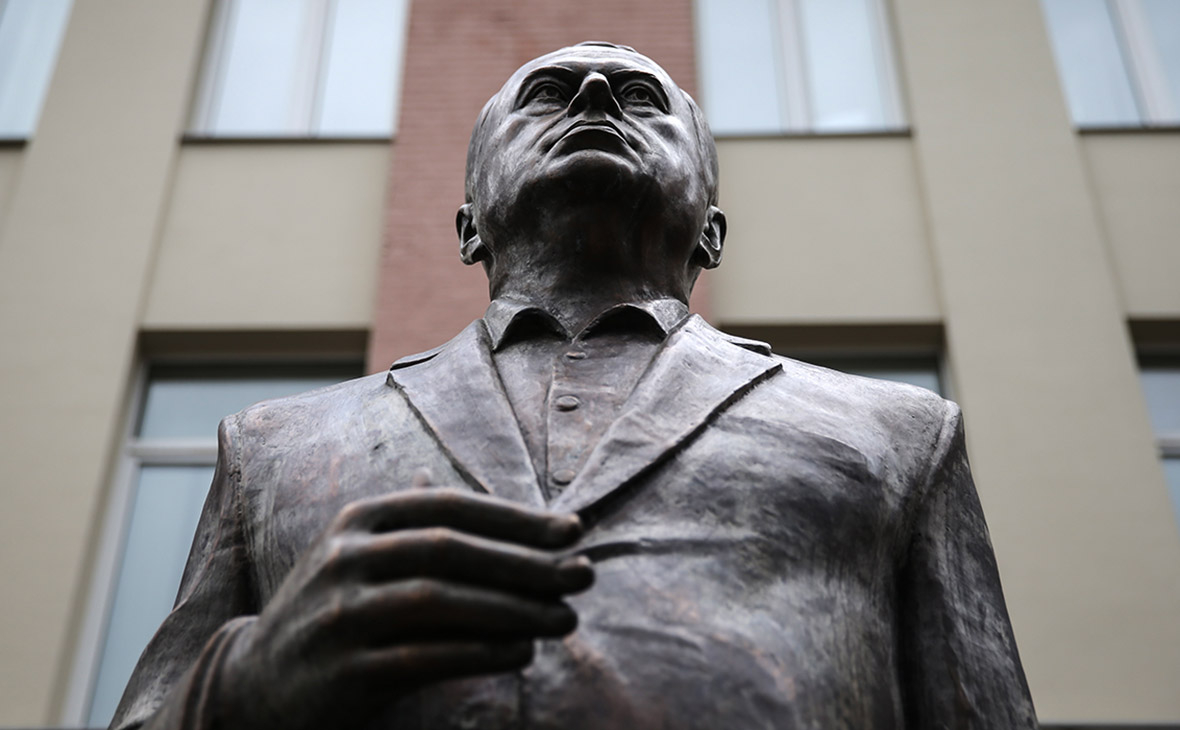 Search for a successor

The death of LDPR leader Vladimir Zhirinovsky, who was seriously ill with the coronavirus and suffered from its consequences, could not come as a surprise to the party, two sources close to it told RBC, however, the liberal democrats “initially understood” that they could find an equivalent replacement for the charismatic and well-known throughout the country politics will not be easy. “It is simply impossible to replace the irremovable Vladimir Volfovich,” — one of them said. Zhirinovsky's death undermined “morale” party, admits another source close to the Liberal Democratic Party. He believes that after the death of Zhirinovsky, the LDPR is waiting for “only oblivion.”

The death of Vladimir Zhirinovsky on Wednesday, April 6, was announced by State Duma Chairman Vyacheslav Volodin. In his Telegram channel, he said that the leader of the Liberal Democratic Party “passed away after a severe and prolonged illness.” “A man who deeply understood how the world works, and foresaw a lot, — noted Volodin.— His personality is so large-scale that without him it is difficult to imagine the history of the development of the political system of modern Russia. Condolences on the death of Zhirinovsky were expressed by President Vladimir Putin, who called him “an experienced politician, an energetic, open-minded person, a bright speaker and polemicist.” In the Liberal Democratic Party, the death of the party leader was called “a blow for the whole of Russia, for the army of his supporters.”

Two interlocutors close to the presidential administration told RBC that the decision on the candidacy of the next leader of the Liberal Democratic Party will be made after it becomes clear what to do with the party itself— leave it as it is, combine it with something else, or even create something new.

In the Liberal Democratic Party, of course, various candidates to replace Zhirinovsky were discussed long before his illness, “just in case,” the RBC party source continues. However, the final decision will be made after consultations with the Kremlin, he said. Now “on the bench of successors”— deputy Leonid Slutsky, appointed acting leader of the LDPR faction, deputies Andrei Lugovoi and Alexei Didenko, governor of the Khabarovsk Territory Mikhail Degtyarev and Zhirinovsky's son Igor Lebedev, RBC's interlocutors say. Earlier, one of RBC's interlocutors named the governor of the Smolensk region Alexei Ostrovsky (represents the Liberal Democratic Party) as a potential candidate.

Read on RBC Pro Pro What awaits the labor market in April and early summer – HeadHunter forecasts Articles Pro How the conflict in Yemen will affect sanctions against Russian oil how the departure of Booking.com will affect Russian competitors What to do with dollars and foreign stocks: analysts' opinions Articles

“After the death of the sole leader, it is unrealistic to replace him with another sole leader, — political scientist Rostislav Turovsky said in a conversation with RBC.— Therefore, the real leadership of the party will inevitably be collective. The LDPR will have to “shift from the status of a leading party to the status of an ideological one, that is, one oriented towards the promotion of a certain political ideology,” he continues. From this point of view, Slutsky, Lugovoi, and Degtyarev are “approximately equivalent”, since they “have some public experience, they know the inner workings,” the expert believes.

The leader of the party, he is a Kembi neither was nor will become the second Zhirinovsky, political analyst Alexei Makarkin told RBC. Rather, the party will have “some analogue of the Politburo, whose leader will meet with Vladimir Putin, be a member of the Council of the Duma, and so on.” But, according to the expert, he will not be the “owner” of the parties like Zhirinovsky.

In the plans of the party— to preserve, as far as possible, their electorate, RBC sources said. “We think we will succeed, since Zhirinovsky did a lot to make the party recognizable everywhere, so that the brand works,” — said one of them.

The party after the death of Zhirinovsky will become “inertial”, Makarkin is convinced. “There is an opinion that the LDPR cannot live without Zhirinovsky, but we have a very conservative party structure, — he noted.— It will be difficult for new parties to integrate into it, gain popularity, and the popularity of the LDPR and its support will fade, but slowly. According to the expert, the last great service that Zhirinovsky rendered to the party was that he “led it to the State Duma.” “And there is reason to believe that the LDPR electorate, which has supported the party since the 1990s, — small entrepreneurs who do not like officials and do not want to support the communists, — they won’t leave the Liberal Democratic Party, & mdash; the political scientist says.

How will Zhirinovsky's funeral take place

In 2013, Zhirinovsky told reporters what kind of funeral he would like for himself. He said that farewell to him should take place in the Hall of Columns (where farewells to Soviet and Russian statesmen traditionally took place). “Thousands and thousands of people” will come from all over the country, no one will be blacklisted, Zhirinovsky predicted. He demanded to bury himself at Novodevichy, “where is the grave of Boris Yeltsin,” as a last resort— at Troekurovsky.

Partly wishes will be fulfilled: Zhirinovsky should be buried on Friday, April 8, at the Troekurovsky cemetery, farewell will take place in the Hall of Columns. It is expected that Patriarch Kirill will perform the funeral service for the leader of the Liberal Democratic Party.

Vladimir Zhirinovsky was hospitalized on February 9, he was diagnosed with coronavirus. On March 20, the media reported a deterioration in the politician's condition.