The fight that will define the world in 2022

Think of these countries: Azerbaijan, Ethiopia, Russia, India, Algeria, Belarus, Venezuela, the United States. What do they have in common? In each and everyone, freedom is receding.

Yes, even the United States. The "land of the free" is not as free as it once was. One of the defining images of 2021 was the storming of the Capitol building — the very seat of democracy. A sitting American President, Donald Trump, refused to accept the results of the presidential election and lit a fuse for what has been called an insurrection.

It threatened an orderly transition of power.

But American democracy was unravelling well before that. For decades the political class had lied to its own people, politics had become increasingly polarised, socially the US became a nation of warring tribes. The media became increasingly partisan. The institutions of government had been politicised. Even the United States, the "land of the free", is not as free as it once was. (AP: Jose Luis Magana)

With increasing inequality, a loss of faith in Washington politics, racial division, a tired and angry America was primed for the Trump presidency.

This wasn't American hope, but as Trump called it "American carnage". Trump lost the election to Joe Biden but even after four years of upheaval and the devastation of COVID-19, Trump still polled more votes than any sitting US President.

Biden's light has dulled. Trump has not gone away. He is more popular today than Biden and retains a firm grip on the Republican Party.

The death of democracy

As we look ahead to 2022 there are many flashpoints: Taiwan, Ukraine, North Korea, the Pacific, the Sahel in Africa, the Taliban led Afghanistan. We still face uncertainty and fear with COVID-19 mutating and spreading, the global economy searches for recovery; and, of course, China's rise unsettles the global order.

But arguably the biggest threat is what has been called the death of democracy.

Freedom House in its annual survey of democracy in 2021 found: "Nearly 75 per cent of the world's population lived in a country that faced deterioration last year. The ongoing decline has given rise to claims of democracy's inherent inferiority."

China and Russia have seized on this democratic slide. Autocracy is on the rise.

"[The] Chinese regime has gained clout in multilateral institutions such as the UN Human Rights Council, which the United States abandoned in 2018, as Beijing pushed a vision of so-called non-interference that allows abuses of democratic principles and human rights standards to go unpunished while the formation of autocratic alliances is promoted."

Yet it isn't China and Russia that is killing democracy, Freedom House warned that "democracy is in decline because its most prominent exemplars are not doing enough to protect it".

Under the guise of COVID emergency, authoritarianism has taken root inside democracies, they said. "Governments across the democratic spectrum repeatedly resorted to excessive surveillance, discriminatory restrictions on freedoms like movement and assembly, and arbitrary or violent enforcement of such restrictions by police and non-state actors." Police officers detain a protester during a rally against lockdowns and mandatory vaccination in Austria. (AFP: Sputnik )

We have seen this around the world. In the Philippines, President Duterte used the pandemic to crackdown on social media users who criticised the government; Cambodia's Prime Minister, Hun Sun, used COVID to arrest dissenters; in Hungary, Prime Minister Viktor Orban has accelerated the concentration of power; Sri Lanka's President Rajapaksa dissolved the parliament.

These are just some of the abuses of power listed by Freedom House.

COVID lockdowns — however necessary at various stages of the pandemic — have inevitably weakened our hold on freedom. The long arm of the state has reached into all aspects of our lives, determining when or whether we could go to work or school, or even if we could hug our grandparents.

There are signs that some now struggle to wean themselves off these restrictions. Fearful and anxious, they cling to government intervention as a security blanket.

Anti-vax movements and conspiracy terrorists have preyed on this anxiety. We have seen sometimes violent push-back. All of it fraying our social fabric as we have edged closer to what political scientist, Vladimir Tismaneanu, has called "the age of total administration and inescapable alienation".

The International Institute for Democracy and Electoral Assistance (IDEA), in its 2021 report, also pointed to the impact of COVID on global freedom:

"The COVID-19 pandemic has exacerbated a trend of increasing authoritarianism, across the globe, with many countries sliding back down the democratic scale.

"The pandemic provides additional tools and justification for repressive tactics and silencing of dissent in countries as diverse as Belarus, Cuba, Myanmar, Nicaragua and Venezuela."

Yes, we also have an increase in civil protest. Pro-democracy movements in countries like Myanmar and Belarus; climate change activism; and movements for racial equality. Yet as Freedom House has pointed out, while there are occasional small victories "there were many more examples in which demonstrators succumbed to crackdowns, with oppressive regimes benefiting from a distracted and divided international community." While there has been an increase in pro-democracy and civil protests, there were "many more examples in which demonstrators succumbed to crackdowns".(ABC News: Steven Schubert)

"Nearly two dozen countries and territories that experienced major protests in 2019 suffered a net decline in freedom the following year," they said.

Particularly concerning is the democratic slide in India. As Joe Biden builds a coalition of democracies to stem China's growing influence, India is critical. It is a member of the much-vaunted Quad alongside the US, Australia and Japan.

Yet both Freedom House and the Institute for Democracy and Electoral Assistance have singled out India's Prime Minister, Narendra Modi, for criticism. IDEA claimed that: "India is the backsliding democracy with the most democratic violations during the pandemic."

Democracy ironically is dying at the very place it should be strongest: the ballot box. It is the people we elect who are doing the most damage.

Harvard University professors in government, Steven Levitsky and Daniel Ziblatt, charted the decline of freedom in their book, How Democracies Die.

Democracies die in war, they write, but they also die at the hands of elected leaders, "presidents or prime ministers who subvert the very process that brought them to power".

What's worth fighting for? 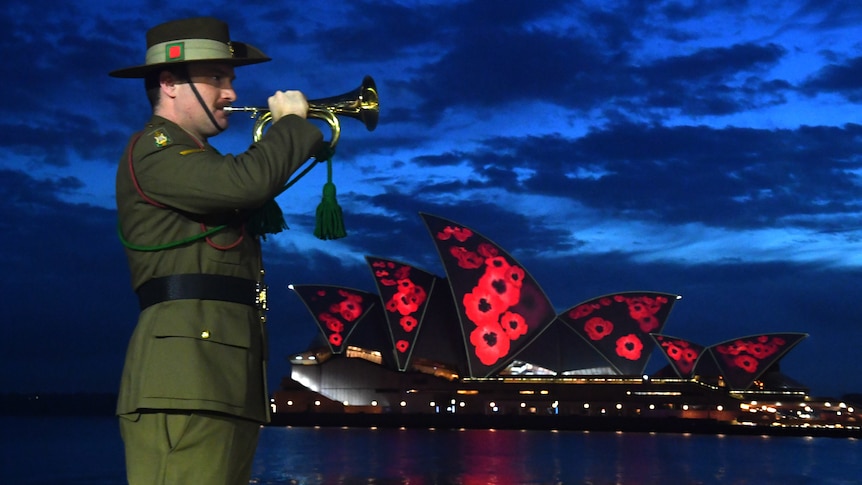 To talk about notions of honour or society can seem hopelessly conservative today, even reactionary. But the question remains: what do we replace them with?

Political scientist Peter Mair opened his 2013 book, Ruling The Void: The Hollowing of Western Democracy, with this sentence: "The age of party democracy has passed … they no longer seem capable of sustaining democracy in its present form."

What of Australia? Overall, our democracy is strong. The Economist Intelligence Unit's Global Democracy Index has placed Australia in the top 10 for the past decade.

We have largely avoided the worst of political extremism and even the most egregious inequality.

But there are worrying signs. And we have imported some of the worst of America — particularly the increasingly toxic influence of social media, fanning the flames of anti-democratic identity politics that erode a shared sense of citizenship.

Australians this year will get the chance to prove the resilience of our own democracy. Voting in the federal election should remind us of how precious a privilege that is, how it is disappearing in so many parts of the world, and what is truly at stake.

Stan Grant presents China Tonight on Monday at 9.35pm on ABC TV, and Tuesday at 8pm on  ABC News Channel.