Retaliation may come even to those who have been exchanged

The death penalty, if the appeals of foreign mercenaries are rejected, will mean execution. This was stated by the head of the DPR Denis Pushilin. Earlier, the head of the Republic signed a law abolishing the moratorium on the death penalty (according to the code of the DNR, the provisions on the death penalty were to come into force on January 1, 2025). As human rights activist Dmitry Agranovsky told MK, an appeal could completely cancel the execution. But the expert explained in which case retribution can overtake even the exchanged “Azov” (“Azov” is an organization banned in the Russian Federation). 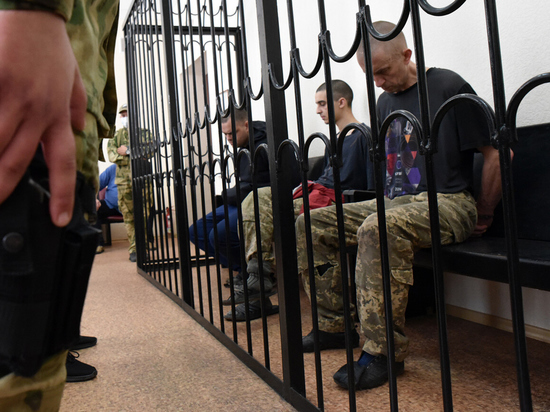 – The Court of Appeal, according to our legislation and the legislation of the DPR and LPR, can change the verdict as it pleases. For example, a judge in the appellate instance may reverse the sentence, remand the case for a new trial, or may simply issue an acquittal instead of a guilty verdict. The question is whether this will be done.

– Not. In addition to the appeal, there is an institution of pardon. Pardon is also unlimited. Monarchs, for example, at one time could pardon anyone and for any reason.

– After the execution of the sentence. Let's put it this way.

– I still doubt that this sentence will be carried out in the near future, and even more so in relation to these three mercenaries (two British and one Moroccan were convicted first – ed.). Because it can cause unnecessary aggravation.

– We see that various types of mercenaries are involved. For example, Georgian mercenaries shone in open mockery and torture of our soldiers. They are said to have been destroyed. If this is true, then it is perfectly fair. And these people, excuse me, should have been shot. As for the first three convicted mercenaries, yes, they formally fall under this article. But is it worth it to carry out the sentence?

I am not opposed to the death penalty. But this is such a punishment that is not scattered and which cannot be applied right and left, it should be applied in exceptional cases. And there are already mercenaries who have managed to light up in terrible crimes.

In addition, I am afraid that if the death penalty is carried out, then the Ukrainian side may do the same with our military on completely far-fetched charges . Our servicemen are being held hostage there and we have a very narrow field for maneuver here.

– DPR and LPR are recognized republics. They were recognized by two states – Russia and Syria. Although the recognition of Russia alone would be enough. The reaction may be different. Let me remind you that such an entity as Taiwan is also not recognized by practically anyone. As far as I remember, only 12 or 13 states have recognized it. And for you and me, as well as for China, all Taiwanese laws and actions of the authorities are illegitimate. Let me remind you that in 2014 a coup d'état took place in Ukraine and, in fact, only in the DPR and LPR did legal power remain. These republics did not recognize the coup, so the legitimacy of the current Kyiv regime, for me, as a lawyer and a graduate of the department of constitutional law, is at least nothing higher than the legitimacy of the LNR and DNR.

– If the exchange was not conditioned by some other or agreements, then theoretically they can be judged in absentia. Say, three people are on trial, the fourth was exchanged, and in the course of the preliminary investigation it turns out that the four of them acted and the fourth gave orders. How can the case be dealt with without it? In principle, the procedure for a trial in absentia is provided for in the DPR and LPR.