The involvement of the “collective West” in the Ukrainian crisis reaches such a level that there is a strong feeling that it is one of the direct participants in the conflict. President of the All-Russian Police Association, Doctor of Law, Professor, Honored Lawyer of Russia Lieutenant-General Yuri Zhdanov spoke about how the US and NATO intelligence services prepared Ukraine for confrontation with Russia. 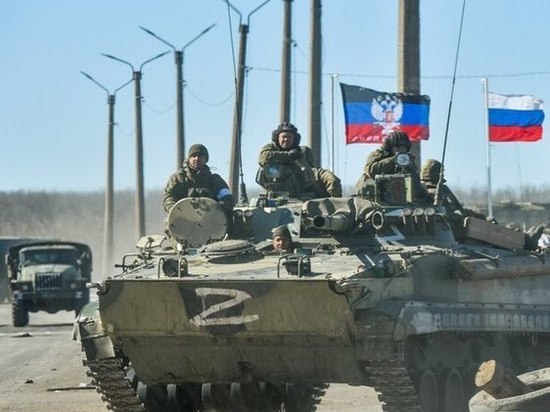 – With absolute confidence. So, on March 16 of this year, Yahoo News reported that back in 2015, the CIA sent its combat teams to the front line in the Donbas to train Ukrainian troops. Following the reunification of Crimea with Russia in 2014, a covert program was created, run by paramilitaries working for the CIA Ground Branch – now officially known as the Ground Command. The program was created by the Obama administration and expanded under the Trump administration. The Biden administration has continued to develop it. In 2015, as part of this extended anti-Russian campaign, the CIA organized a covert intensive U.S. training program for elite Ukrainian special operations forces and other intelligence officers. Training is being conducted at a classified facility in the southern United States.

– Everything you need to conduct military reconnaissance and sabotage. The CIA program included training in the use of the latest firearms, US-provided Javelin anti-tank missiles, camouflage techniques, ground navigation, and tactics such as “cover and move.”

These are techniques that allow you to avoid tracking on the battlefield using covert communications and other means, reconnaissance, sniper tricks. Since the beginning of 2015, the paramilitaries of the CIA Ground Branch began to travel to the east of Ukraine to advise the SBU and the Armed Forces of Ukraine on the conduct of hostilities and information warfare against the DPR, LPR and Russia.

The program was also aimed at preparing for the “rebel » movement. And this specificity has been a high priority for the CIA since its inception in the Obama era. And the Trump administration, partly at the urging of Congress, later increased funding for the initiative, increasing the number of Ukrainian groups brought to the US each year. Trump administration officials testify to this.

They still don't believe in it. And no one believes. But both the United States and Ukraine believe that it will be difficult for Russia to hold onto the new territory for a long time due to the tough resistance of the Ukrainian “rebels”. But you will laugh – and they do not believe in the great success of the insurgency either. Jeff Rogg, a US intelligence historian, argues that the CIA needs to be realistic about the prospects for a Ukrainian “insurgency”. As early as 1950, just a year after the first CIA operation in then-Soviet Ukraine began, he said, the American officers involved in the program knew they were fighting a losing battle. And today, there is no clear evidence that the Ukrainians are capable of supporting an “insurgency” movement, or that Russia will back down if it encounters such resistance.

So Rogg is urging the CIA to be honest with Ukrainians — and with itself. Because the conflict could lead to the spread of instability throughout Central and Eastern Europe. The historian warns against repeating the tragic mistakes of all previous US military operations, from the Cold War to Afghanistan and Iraq today. The risk increases exponentially when the US transfers weapons to puppet regimes and militants, because these weapons can end up in the hands of terrorists, militias or other groups and remain in their possession for decades. There is also the danger that a proxy conflict in Ukraine could even inadvertently lead to a real showdown between the US and Russia.

– As long as possible the continuation of the conflict, which weakens both countries – Russia and Ukraine. Actually, the United States, through the hands of the CIA, constantly fueled the development of the conflict, regularly modeling and predicting its beginning and development for half a year.

– Of course. Speaking in peasant terms, for them now is the most haymaking. Special services play a special role in the organization of special propaganda. An example is the National Geospatial-Intelligence Agency's Tearline project. The project focuses on important but under-reported stories in partnership with non-profit research organizations and think tanks investigating a variety of environmental, economic and other issues.

Most recently, the agency helped provide real-time support to Ukrainian nationalists through unclassified satellite imagery to news organizations reporting from the front lines in Ukraine.

For example, Dan Cohen, Washington correspondent for Behind The Headlines, published an article on March 22 on the American MPN News website. He writes that since the Russian special operation on the territory of Ukraine began on February 24, the special services of the United States and NATO countries have been helping the Ukrainian military to cultivate the image of “a small brave army opposing the Russian Goliath.” To reinforce the notion of Ukrainian military prowess, Kyiv is constantly engaging in sophisticated propaganda aimed at gaining public and official support from Western countries.

By the way, hundreds of propaganda posters are being published, some of which contain fascist slogans, symbols, and even praise neo-Nazi leaders.

– It's not a secret for a long time – behind Ukrainian propagandists there is an army of foreign political strategists, lobbyists from Washington and a media network, related to intelligence.

Ukraine's propaganda strategy has even earned praise from the NATO commander, who told the Washington Post that he thinks they really excel in strategic operations – in media, information and psychological operations. That's really who really equated the pen to the bayonet. The Post published a confession from Western officials. It turns out that Western politicians cannot independently verify much of the information that Kyiv provides about the development of the situation on the battlefield, including data on casualties on both sides. However, they consider the Kiev propagandists to be a highly effective strategic team.

And here one hears admiration for a gang of information scammers – after all, they nurtured this gang themselves. A whole international legion of public relations firms has been created, working directly with the Ukrainian Foreign Ministry to wage an information war. Industry news site PRWeek claims that more than 150 public relations firms have joined the Ukrainian propaganda campaign.

– And very bright! For example, Kyiv's international efforts in the information war are being led by PR Network co-founder Nicky Regazzoni and Francis Ingham, a leading public relations consultant with close ties to the UK government. Ingram previously served in the Conservative Party, serves on the UK Government Communications Strategy and Evaluation Board, is the Executive Director of the International Communications Consultancy and chairs LG Comms, a UK local government communications affiliate. Ingham, in an interview with PRovoke Media, confirmed that agencies offered entire teams to support Kyiv in the communications war.

There is Yulia Petryk, head of public relations at MacPaw, who offers a list of approved media, authored by her colleague Tatyana Bronystka, former employee of the Prosecutor General's Office of Ukraine. The list includes Russian and English sources, as well as Telegram channels.

However, these “verified sources that objectively cover what is happening in Ukraine” are far from being independent. Most of them are connected with US and European governments and billionaire funds.

Another example. Recently, the Ukrainian Foreign Ministry distributed a dossier with materials briefing public relations agencies on “key messages”, approved language, propaganda constructs, far-right and neo-Nazi propaganda. This “dossier” is led by Yaroslav Turbil, who was named on his LinkedIn page as the “Head of Ukraine.ua, Ukraine’s digital ecosystem for global communications.”

– There are successes, there are outright failures. Let's recall the message of this “dossier”, there is even a video about the incident on Snake Island. It was quickly recognized as false. Let me remind you that it was reported that the Ukrainian border guards stationed on this small island were killed by the Russian military.

President Zelensky announced at a press conference that he would award the title of Hero of Ukraine to the border guards. However, the “dead” soldiers were alive and well. Funny, even though the story turned out to be fake, there is a propaganda video in the “dossier” promoting it.

– It is flourishing, which raises big questions for the bearers of Western values ​​and democracy. Many sections of Turbil's “dossier” publish xenophobic and racist statements, and some openly praise prominent Ukrainian neo-Nazis. Several images call for the production of “Bandera cocktails” – by analogy with “Molotov cocktails”. It also contains the official recruiting schedule of the Ministry of Foreign Affairs of Ukraine.

– Yes, “cannon fodder”. Let me remind you that Zelensky suggested that foreign mercenaries form some kind of “foreign legion”. And he invited killers from all over the world, including citizens of the USA, Great Britain, Canada, Australia, Spain, Colombia, Brazil, Chile. True, after the strike of Russian troops on the Novoyarovsky training center and training ground, there are practically no people who want to participate in this “safari”.

– No, one of their key messages is an expression of gratitude “to the demonstrations carried out by citizens of many countries around the world, which demonstrates the strong support for Ukraine in defense against Russia.”

We are talking about large pro-Ukrainian demonstrations in Europe, which called for the US and NATO to establish a no-fly zone over Ukraine and shoot down Russian warplanes.

– Alas. Here, for example, Hromadske TV (gromadske in Ukrainian – public) is one of the most viewed networks in Ukraine. So, the company's financial statements show that it is funded by numerous governments and foundations, including the US Embassy in Ukraine, the Danish Foreign Ministry, the Swedish International Development Cooperation Agency, the European Endowment for Democracy and Free Press Unlimited. By the way, it was the commentator of this company who demanded the genocide of ethnic Russians in the Donbass, saying that there are 1.5 million “extra” people who “need to be exterminated.”

– And no one has been hiding this in the States for a long time. For example, Daniel Vaidich, a lobbyist for the Ukrainian Federation of Oil and Gas Employers, Ukraine's largest, is working on Zelensky's behalf to lobby members of Congress to approve additional arms shipments to Ukraine. It was Vaidich who wrote Zelensky's March 16 speech to the US Congress, in which he quoted Martin Luther King Jr.'s “I have a dream” speech calling for a no-fly zone over Ukraine.

And the speech by Ukraine’s Permanent Representative to the UN, Serhiy Kyslytsya, at the UN General Assembly on February 23 was written by Steven Krupin, managing director of lobbying firm DCKnickerbocker, a former senior speechwriter for President Barack Obama who also worked extensively on Biden’s 2020 campaign.

Most notable among the lobbyists promoting the interests of the Ukrainian government and business is Andrew Mack, who also contributed to Zelensky's speech to Congress. Mack officially registered as Zelensky's lobbyist in 2019 and runs the Washington office of the Ukrainian law firm Asters Law.

There is also the US ex-ambassador to Russia McFaul and John E. Herbst, the former US ambassador to Ukraine and Sr. director of the Eurasian Center of the Atlantic Council. They act as unofficial advisers to Zelensky. McFaul told Politico that he talks to Ukrainian government officials “probably every day” and “helps them connect with NBC or MSNBC producers.”