The US presidential administration is discussing the possibility of introducing new rules for navigation and entry of warships into the Black Sea. This was reported by the American edition of The Wall Street Journal. “MK” asked an expert what this could mean for Russia 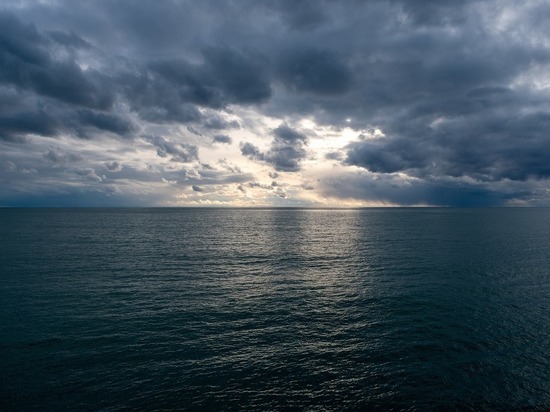 The Joe Biden administration, the newspaper writes, in the course of drafting a response to Russia's proposals on security guarantees, in particular, discussed with European allies the possibility of allowing Russia to inspect its missile systems in Poland and Romania. Another idea discussed in Washington is to introduce new rules for the passage and navigation of warships in the Black Sea. No details given.

At present, navigation and entry into the Black Sea of ​​warships is regulated by the Montreux Convention. This document limits the period of stay of the navy of non-Black Sea countries in the region. The convention also secured Turkey's sovereignty over the Bosporus and Dardanelles.

The Montreux Convention was adopted at a conference on the regime of the Black Sea straits, held on June 22 — July 21, 1936 in the city of Montreux. At the same time, Turkey undertook to comply with the principles of international maritime law. The Montreux Convention preserves for the merchant ships of all countries the freedom of passage through the straits both in peacetime and in wartime. It establishes a different regime for the passage of warships for the fleets of the Black Sea and non-Black Sea states. For warships of non-Black Sea powers, significant restrictions have been introduced in terms of class (only small surface ships pass) and in terms of tonnage.

The current employee of one of the law enforcement agencies, on condition of anonymity, explained to MK what changes could be discussed and what US initiatives are fraught with for Russia if they are implemented.

— We are talking about changing the component of the Montreux Convention, which regulates the passage of warships and vessels into the Black Sea. This is a rather old document, which secures for Turkey the right to dispose of the passage of ships through the Bosphorus and Dardanelles to the Black Sea. For them, there is a limit on tonnage and length of stay. Control over the implementation of the convention is entrusted to Turkey, only the authorities of this country decide on the passage through the straits.

This convention was adopted after the First World War. The rule was created against the entry of dreadnoughts, British battleships, whose characteristic feature was homogeneous artillery armament. But almost a century has passed and, objectively, the convention itself is outdated. Both the ships and the participating states have changed. At that time, there were no such players as Ukraine, Georgia, in the form in which it is now, they did not participate in the discussion and adoption of this law. And now they are. The ships have also changed, their displacement has increased. Now any destroyer is larger in displacement than those dreadnoughts.

— This means that it is quite possible that the convention will be amended. Although, I think it is still unprofitable for the Turks. They now dominate the proposed Black Sea theater of operations. They have enough of everything.

Russia, of course, these changes are also disadvantageous.

— The states can buy them. Provide some benefits, for example, for the passage of the Panama or Suez Canals. There can be an alternative, of course.

— As reality shows, the word of Russia is now generally of little significance to anyone. And if the Turks agree, then we will have to put up with it. There is no way we can influence the situation.

— Given that Turkey is a member of NATO, in case of cancellation or change of the norms of the convention on tonnage and duration of stay of ships, risks of a military plan increase for Russia. Be that as it may, the entry into the Black Sea of ​​an aircraft carrier strike group — of the strike core of the US Rapid Reaction Forces — radically changes the balance of power in the region, as it brings nuclear weapons delivery vehicles as close as possible to the borders of Russia. Cruisers and destroyers carry vertical-launched Tomahawk cruise missiles, which can be equipped with nuclear warheads and hit targets within a radius of up to 2,500 km. So, Russia to the Urals becomes a potential target. One destroyer can carry up to 56 Tomahawk launchers. Even without the carrier-based aviation of an aircraft carrier, such a formation poses a serious threat.

In addition, escort ships are armed with air defense and electronic warfare systems, which together allow establishing a no-fly zone over the Crimea and southern Russia.

I note that the aircraft carrier strike group includes several Ticonderoga-class guided missile cruisers and Airlie Berg-class destroyers, multi-purpose nuclear submarines, carrier-based aircraft, and supply vessels. Which in itself is already a lot. In terms of combat potential, this can be compared with all our strike forces located in the European part of the country.

The armament of warships is integrated with the information and control electronic system “Aegis”, which provides reliable, almost one hundred percent, interception of any air targets —   from missiles to aircraft. As a result, we get that in the event of a military conflict, we lose the opportunity to destroy American bases in Turkey or Poland, from where planes and missiles can take off in our direction. even without nuclear weapons allows you to destroy almost any stationary strike positions located in the European part of our country.

The aircraft carrier group also includes destroyers, which only our “Peter the Great” can match in terms of firepower. But the United States has about 80 such ships.

Definitely, if the United States “presses” Turkey, then changes to the convention will be of great help to them in case of local conflicts.

— In my opinion, the only answer – is the use of nuclear weapons. I think the United States also understands this, and therefore the statement of the State Department is more likely another attempt to “show the flag” and an attempt to convince everyone that they are now dictating the rules on the world stage.