US Republicans have blocked further passage of the country's defense budget for the next fiscal year in the US Senate. According to Senate leader Mitch McConnell, this happened because the Democrats did not allow the approval of a number of proposals. In particular, there was no decision to provide military assistance to Ukraine and sanctions against Nord Stream 2. The expert named the key reason for the budget blocking. 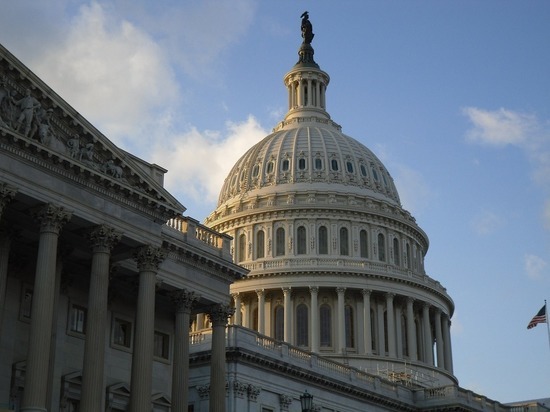 A vote to end the debate on the defense budget of approximately $ 770 billion, with further adoption of the bill by a simple majority, did not get the required 60 votes out of 100. p>

On the eve of the leader of the Republicans in the Senate Mitch McConnell stressed that his faction does not support such a decision without a detailed discussion of the “Russian threat”. According to him, the project did not include proposals for the provision of military assistance to Ukraine and sanctions against the Nord Stream 2 gas pipeline.

“Two problems are looming on the US Senate,” Vladimir Vasiliev, chief researcher at the Institute for the USA and Canada Studies, Russian Academy of Sciences, comments on MK. – The first is voting on a large bill on the expansion of social programs. It is sometimes referred to as Infrastructure Project # 2. It passed the House of Representatives and is now before the Senate. The second very important point is related to public debt. The situation is starting to flare up. Today, the question is again how Congress will respond to a further increase in its ceiling. In principle, the United States may find itself on the brink of a technical default. Another military budget bill is hanging. He's also stuck in the Senate.

And in this regard, the most important task has been set for the former American leader Donald Trump and the leadership of the Republican Party – to use this situation, especially the state debt situation, in order to put pressure on the administration and wrest some concessions from it. As a matter of fact, the leader of the Republicans in the Senate, Mitch McConnell, decided to act that way. The first is to strengthen the military component – that is, to continue to actively use the “Ukrainian card” against Russia. Perhaps this is part of the general orientation of the Republicans to use anti-Russian rhetoric in order to raise their own rating.

With regard to Nord Stream 2, the Republicans retain their previous position – to disrupt the gas pipeline's commissioning. Congress even passed legislation last year. However, the Joe Biden administration caved in and suspended sanctions. Nevertheless, the Republicans are not abandoning their plans.

Republicans are beginning to use the situation as a lever of pressure on the administration. However, it is still not clear how much it can bend. For one simple reason: there are other areas where some kind of compromise can be reached between Republicans and Democrats. For example, they can change something in expenditure items – somewhere to increase, somewhere to reduce.

At the same time, everything related to Russia and Nord Stream 2 is more like political PR. Republicans are trying to amass political capital ahead of the 2022 midterm elections. There is constant talk that Ukraine can be used as a card for exchange in relations between Washington and Moscow.

Therefore, one should not expect any tough actions on the part of the US administration with respect to Russia. These are only symbolic steps. For example, sanctions may be introduced against ships and companies involved in the implementation of the gas pipeline project, or military assistance to Ukraine may be increased. But at the same time so as not to create a conflict situation with the Russian Federation today. Today, according to some signals, Washington would like to avoid this. ”

According to the expert, it is necessary to wait for the situation to be finally cleared up. The administration, for all the confusion of the situation, still has some moves and exits.

“It can ease this pressure a little, as I said. confine ourselves to symbolic steps and release everything on the brakes, – the political scientist continues. – Especially against the background of talks about the upcoming summit of Putin and Biden. It is possible that it may take place before the end of the year. And here it should be borne in mind that the Republicans and certain types of forces in the Democratic Party will try to disrupt this meeting. The point is not even that the Russian side can get unilateral concessions, given the fact that today the Biden administration is in a vulnerable position. She is more interested in this meeting than the Russian Federation.

Moscow can really bend Washington. This is an unprecedented situation. But it developed after the Taliban (a terrorist organization banned in the Russian Federation – MK) seized power in Afghanistan. Certain circles in the US are afraid that Biden will be cornered. ”