Will the Russian authorities insist on their own?

The ECHR demanded that Russia suspend the liquidation of Memorial International and Memorial Human Rights Center recognized in Russia by foreign agents – to suspend until Strasbourg considers the complaint filed by these organizations back in 2013. We tried to figure out what the ECtHR decision means, whether Russia can fail to comply with it and what consequences this will lead to. If it does, of course. 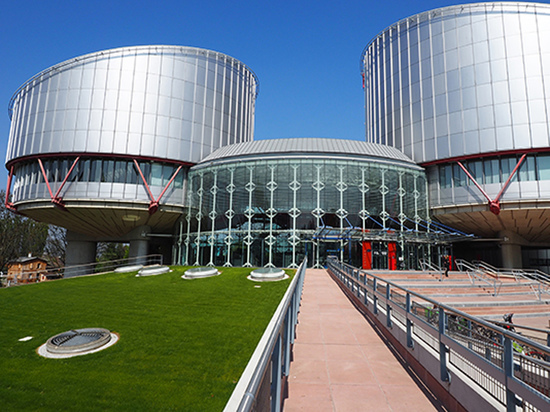 On December 28, the Supreme Court satisfied the claim of the Prosecutor General's Office to liquidate Memorial International; Both of the oldest human rights organizations in Russia were included by the Ministry of Justice in the register of NPO-foreign agents in 2015, but even earlier, in 2013, they submitted a complaint to the ECHR against the legislation on foreign agents.

This complaint has been in Strasbourg for 8 years , it turns out. In 2016, it was accepted for consideration and combined with complaints from more than 60 other Russian NGOs.

As soon as it became known about the decisions of the Supreme Court and the Moscow City Court, human rights defenders appealed to the ECHR with a request to suspend the forced dissolution of organizations. And on the evening of December 29, the chairman of a section of the European Court, after consulting with the relevant court chamber, “decided to point out to the Russian government” that “in the interests of the parties and the proper conduct of the proceedings”, the execution of the dissolution (i.e. liquidation) of these organizations “should be suspended for the period necessary for consideration “of the same complaint in 2013. This is written in a letter received by the leadership of Memorial.

In this case, we are talking about the suspension of liquidation as an interim measure, explained to “MK” the head of international practice of the human rights group “Agora” Kirill Koroteev. Such decisions on complaints of citizens from different countries are made by the ECHR “a couple of hundred every year”, he said, and since 2005 their implementation is considered obligatory for the parties. “Most of these decisions were made on migration issues, these are bans on deportation or extradition,” says Mr. Koroteev.

Does Russia comply with decisions on interim measures? “Sometimes he does, sometimes he doesn't,” says the lawyer. For example, Abdugani Kamaliev, a native of Uzbekistan, was deported to his homeland in 2007 a year after the Prosecutor General's Office of the Russian Federation rejected the Uzbek side's request for his extradition to be prosecuted for crimes related to religious beliefs. But the Uzbek authorities, apparently, continued to insist, and then Kamaliev was, as it were, deported for a minor administrative offense from Tyumen to Uzbekistan – 26 hours after the ECHR ordered him not to be expelled until the appeal filed to Strasbourg was considered.

At home, Kamaliev was sentenced to 11 years in prison. And in 2010, the ECHR considered his case on the merits and recognized: Russia's failure to comply with the interim measure and deportation violated the requirements of Article 34 of the European Convention on Human Rights, which enshrines the obligation of the participating States not to interfere with the applicants' right to apply to Strasbourg …

For the sake of fairness, it should be noted that not only the Russian Federation sometimes refuses (loudly or explicitly) to comply with the ECtHR orders on interim measures, other countries – members of the Council of Europe also sin with this. And the fact that the order has not been executed does not prejudge the outcome of the consideration of the complaint on the merits in the ECHR.

The story of the once Georgian opposition TV channel Rustavi-2 is an example of this. In 2015, a litigation began in Tbilisi – the former owner of the TV channel wanted to regain control over this resource. But Strasbourg suspended the execution of this decision and demanded from the Georgian authorities not to stop broadcasting the TV channel until the consideration of the complaint filed with the ECHR by the then owners of the channel on the merits. And in 2019, the ECHR issued a verdict in favor of the Georgian authorities and the new old owner, concluding that the right to a fair trial and freedom of speech was not violated in this case …

What will happen to Memorials now? Mr. Koroteev believes that in this case “the chances of compliance with interim measures are high, since, strictly speaking, the authorities of the Russian Federation are not required to do something. The decisions on liquidation have not yet entered into force, and when and if they come into force, the liquidation commission of the organizations themselves, and not the Ministry of Justice or the Prosecutor's Office, will have to execute them. ”

In general, if the Russian authorities look at the delay the liquidation process through their fingers, both organizations recognized by foreign agents will be able to work for an indefinite time: the date of consideration of that very ancient complaint to the ECHR from 2013 has not even been set yet.

Since the execution of the ECtHR interim measures for countries seems to be obligatory, what punishment follows in case of non-execution?

Strictly speaking, none. But “a violation of interim measures is a violation of the right to appeal to the ECHR,” explained Mr. Koroteev. This means that when and if the case nevertheless comes to the consideration of the complaint on the merits, the court will definitely indicate this in its decision and may award monetary compensation to those whose rights were violated as a result.

Monetary compensation according to the decisions of the ECHR Russia usually pays regularly.