Floyd Mayweather was definitely giving grandad vibes when he was photographed spending some quality time with the newest member of his family, Kentrell Jr. The boxing legend’s daughter, Iyanna Mayweather, gave birth to her bouncing baby boy a couple of weeks ago. Fans had not secured a full glimpse of her baby boy until now, and for many, a glimpse of his body in the arms of his grandpa maybe isn’t enough. Still, the image which was shot outside and uploaded to Yaya’s Instagram Story is a big step-up from the image of his feet.

The image was preceded by a short but moving note from Yaya, in which she confessed, “My mom & my dad just love my baby so much.” Last year, Floyd Mayweather opened up about his daughter’s pregnancy and made it clear that her happiness was his number 1 priority.

“I just want the best for my daughter, always want the best,” Floyd Mayweather said in the interview. “If that makes her happy, then we’re happy. Me and her mother is happy. But, what I try not to do is get in her personal business because once she’s no longer under my roof, you know what, it’s between her and her better half.” 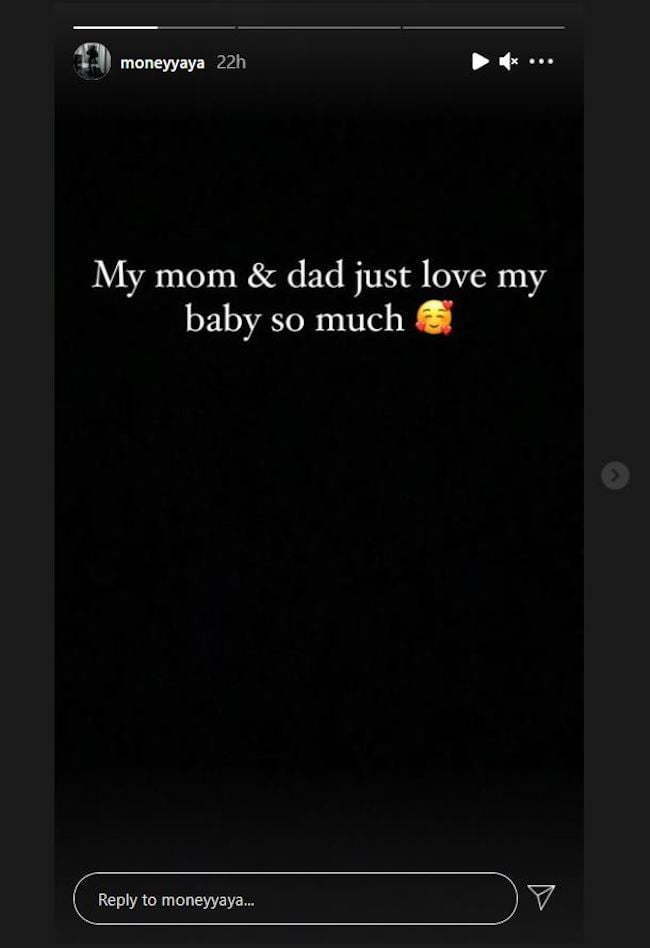 The masked and hooded image of Floyd clutching the younging seemingly threw a lot of fans for a loop when they mistook the boxer for Kentrell DeSean Gaulden Sr., the father of Yaya’s child, who is also known as NBA YoungBoy. The young rapper has not revealed if he has made contact with the newest of his lot. Still, he was recently caught on camera spending time with his daughter Kodi Capri, whom he had with Drea Symone back in November. 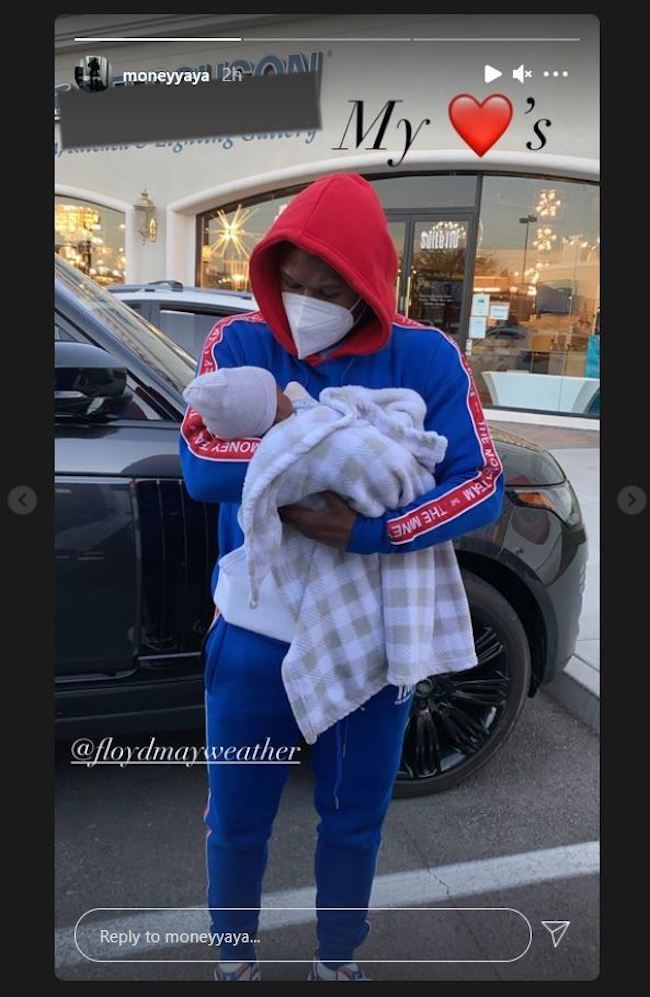 NBA YoungBoy has opted for more covert operations by canceling his social media pages, so he may have been spending a tremendous amount of time with his little one off-camera and off social media. His track record and lack of complaint from his 7 baby mothers can be submitted as evidence to support him having a somewhat active role in the life of his kids.

Nonetheless, fans are rocking with the image of Kentrell Jr. and his grandpa.