“Stupid son of a bitch”: Biden apologized to the journalist for the insult

Which press questions piss off US presidents: “Don't talk to me like that!”

The hopes of the media that after the departure of Donald Trump from the White House, the relations of the American press with the US President will become more idyllic, do not seem to materialize. Joe Biden, although he has not declared war on “fake media” unlike his predecessor, allows himself harsh statements about journalists, sometimes resorting to strong expressions. One good thing is that he finds the strength in himself to apologize for it later. We decided to recall the toughest squabbles between American leaders and reporters. 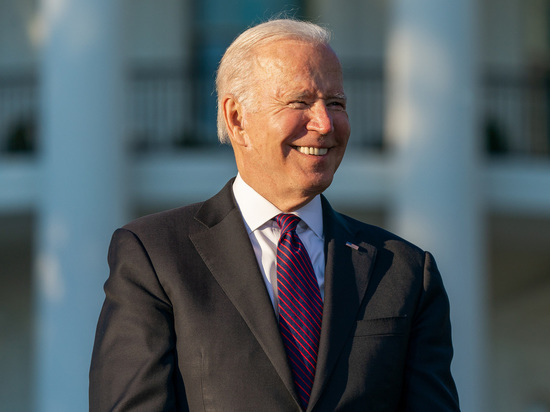 New scandal between the press and the White House flared up after Fox News journalist Peter Doucey asked the President of the United States, “Do you consider inflation a political burden in the medium term?”

Biden replied: “No, this is a great asset – more inflation” And added: “What a stupid son of a bitch.”

The US President's scathing remark came at the end of a White House Competition Council meeting at which officials provided an update on efforts to combat inflation, which recently hit 7%. The Biden administration has previously said that inflation will only be a temporary problem, but some Democrats are concerned about its potential long-term political repercussions.

A video of Biden's verbal attack on the journalist quickly went viral on social media. The addressee of the presidential curse, 34-year-old Peter Dusi, as he himself later admitted, did not hear the insult. Only after he returned to the press center, someone said to him: “Hey, did you hear what the president said about you?”…

Joe Biden forgot to turn off the microphone and humiliated the journalist Dusi: video

About an hour later, Biden contacted the journalist, calling him on his mobile and simply saying: “Nothing personal, buddy.” The reporter accepted this de facto apology while promising the head of state that he would always try to ask him something different from what everyone else is asking. To which Biden replied, “You have to.”

“The world is on the brink of World War III right now—with everything that's going on,” Peter Doucey later said on commentator Sean Hannity's program. “I appreciate that the president took a couple of minutes in the evening, when he was still at work, to call me and clarify the situation. But I don't need anyone to apologize to me. He can call me whatever he wants, as long as it makes him talk. The president said, “It's nothing personal, mate.” Enough! We can move forward.”

A few days ago, Biden reacted with displeasure to a question from another Fox News reporter, journalist Jackie Heinrich, about Russia. She asked the head of the White House, “Why are you waiting for Putin to make the first move, sir?”

“What a stupid question,” Biden replied.

Last June, Biden was forced was to apologize to a CNN reporter after snapping back at one of her questions. This happened during a press conference following the Geneva summit of the presidents of the United States and Russia.

CNN journalist Caitlan Collins shouted out a question to Biden, who had already completed his speech: “Why are you so sure that Putin will change his behavior, Mr. President?”.

Already turning away from the crowd of reporters, Biden, wagging his finger, headed back and abruptly turned to Collins: “What the hell? … When I said I was sure?”

As the Washington Post wrote at the time, this outburst “briefly revived memories of President Donald Trump's frequent heated skirmishes with the White House press corps.”

True, after a while, Biden admitted that he overdid it with the tone chosen for communication with the journalist who angered him. “I must apologize to my last interlocutor,” the president told reporters on the runway as he prepared to board Air Force One.

However, as the press notes, despite some missteps in communicating with the media, in general, Biden's first year in office was marked by a return to politeness after the turbulent four years of Donald Trump's rule, who called the media “enemies of the American people.”

Although Joe Biden, who replaced Trump as head of the United States, called journalists “indispensable” to democracy, access to the press is considered by many to be limited. During his first year in the White House, the 46th President of the United States held less than 10 official press conferences, far fewer than Obama or Trump.

But, perhaps, this is for the best, given the verbal battles that Donald Trump arranged while communicating with the press.

In the last year of his presidency, Trump was dissatisfied, in particular, with questions from journalists about the situation with coronavirus. So, at the end of March 2020, NBC reporter Peter Alexander urged the president to address the nation in connection with the outbreak of the pandemic: “What do you say to the frightened Americans who are now looking at you?”

Trump replied: “I'll say you're a terrible reporter – that's what I'll say.” The President told the journalist that his question was “very unpleasant” and sent a bad signal to the Americans.

A few days after that, Trump again reacted sharply to a journalistic question. He scolded CBS News reporter Weijia Jiang, accusing her of “an obnoxious tone” when she asked him to clarify his son-in-law Jared Kushner's claim that the strategic national reserve is being reserved for the federal government, not the states. The journalist tried to clarify what Kushner meant by talking about “our stocks.” Donald Trump got angry and began to scold Jiang: “This is such an elementary simple question, and you are trying to make it sound so bad. You know what, you should be ashamed. You should be ashamed.”

A couple of weeks passed – and on April 19, 2020, Trump lashed out at CNN reporter Jeremy Diamond, who asked why the president spent so much time at the briefing “smugly” praising his administration's efforts to combat the coronavirus, while the death toll from infection in USA has exceeded 40 thousand people. Trump initially responded that his praise was for “the men and women who have done such an incredible job.” But when Diamond pointed out that the video clips Trump had previously shown were about him and not about people on the front lines of the fight against the new virus, the president retorted: “These people were completely furious about some fake news like you. CNN, you are fake news.” He then told a reporter, “You don't have the brains you were born with.”

After the 2020 presidential election, Trump was outraged by any question that suggested he lost to Biden. During a press conference, Reuters White House correspondent Jeff Mason asked Trump if he would relent when the Electoral College votes for President-elect Joe Biden.

“Of course I will leave the White House, and you know it,” Trump stated. But I think that now until January 20, a lot of things will happen. Major fraud detected. We, as a third world country, use computer equipment that can be hacked.” At the same time, the Republican president added that if Biden is declared the winner, then the Electoral College “will make a mistake, because this election was a fraud.”