Donna Penny is part of a group no woman wants to be in.

Readers are advised this article contains details some may find distressing

The public servant has endured two miscarriages and given birth to a stillborn son at 41 weeks, Patrick.

"We were all waiting to meet this boy and love him and look after him for the rest of his life," Ms Penny said.

"And when I didn't bring a live baby home, for some people it was as if the previous nine months had been erased.

"There was a reluctance to talk about the fact I'd carried a baby, birthed a baby and then buried a baby a week after he was born.

"I wanted to tell people that he had beautiful black hair, cute dimples and was the most exquisite thing I'd even seen – but not a lot of people asked."

Six years on and Ms Penny and her husband, Bruce Bell, have welcomed two more children — Rohan, who is now five, and 18-month-old Samantha.

But when it comes to the stigma and silence surrounding miscarriage and stillbirth, Ms Penny said little had changed and it needed to. Donna Penny says she was entitled to maternity leave after her son Patrick was born but had no option but to use her personal leave following both of her miscarriages.(Supplied: Heartfelt Australia and New Zealand)Canberra Liberals push for infant loss paid leave

Ms Penny was entitled to maternity leave after her son Patrick was born but had no option but to use her personal leave following both of her miscarriages.

The Canberra Liberals are urging the ACT government to immediately introduce a paid leave scheme for public servants who experienced miscarriage or stillbirth — a move Ms Penny fiercely supports.

"I think it needs its own type of leave that recognises the special circumstances and bereavement," Ms Penny said. Donna Penny and her son Patrick, who was stillborn. He would be six-years-old today. (Supplied: Heartfelt Australia and New Zealand)

"We don't give the name personal leave to maternity leave after the birth of a live baby – we need something specific for miscarriage and infant loss."

Opposition Leader Elizabeth Lee knows the crippling devastation that comes with miscarriage, suffering her first loss in 2018 and two more this year.

"When I experienced my first miscarriage in 2018, I was a member of the Select Committee and I remember being at work the next day and questioning ministers in public hearings and at the time, I felt I had no choice," Ms Lee said.

"And that's not to say I wouldn't make the same decision even if the leave was there, but having the option and choice is important.

"I would really like to think no other Canberran is put in that position where they feel that they don't have a choice."

It is Ms Lee's personal experience that prompted her to push for change to leave entitlements in the public service.

"It is important that Canberra families feel supported and as though they have community leaders who understand and want to advocate so they get the support they need during a very devastating time," Ms Lee said. 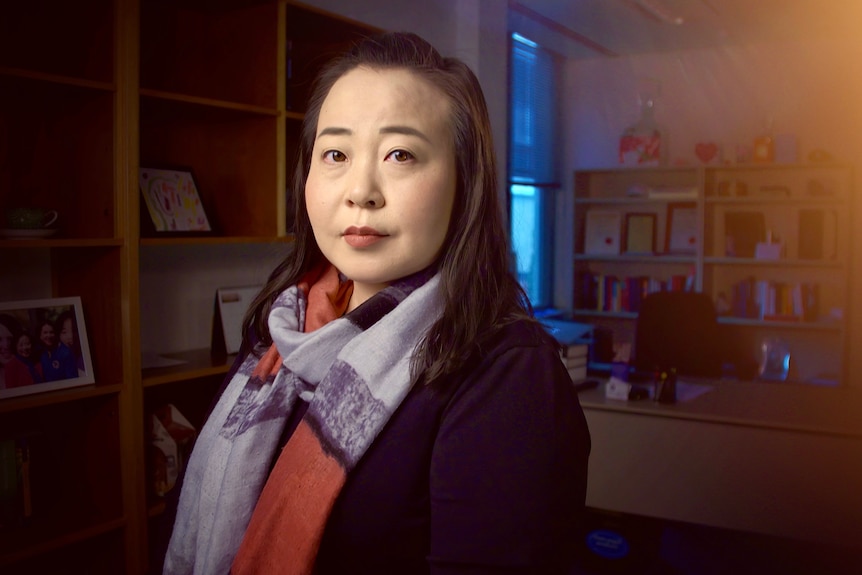 Opposition Leader Elizabeth Lee knows the crippling devastation that comes with miscarriage, suffering her first loss in 2018 and two more this year.(ABC News: Greg Nelson)Compassionate leave entitlements to include miscarriage

The ACT government has rejected calls for a specific five-day paid leave scheme for public servants who experience miscarriage.

"Currently under the ACT public sector enterprise agreement, an employee can access five days of compassionate leave on each occasion of the death of a family member," Ms Stephen-Smith said.

If you or anyone you know needs help:

But Ms Stephen-Smith conceded that stillbirth or miscarriage were not specifically identified as being covered by the compassionate leave.

However, that will soon change, with new enterprise agreements currently negotiation set to explicitly outline the applicable leave entitlements when an employee loses a baby.

"This is making explicit something that may have been enabled under the compassionate leave provisions, but was not explicit previously.

"The new agreements also removes ambiguity by referring specifically to stillbirth within the compassionate leave provisions.

"In other words, the death of a member of an employee's immediate household will include a child that is stillborn – logical, when you think about it."

In the case of stillbirth, a public servant will be entitled to 18 weeks of paid maternity leave.

Ms Lee said that although the framework differs to what was initially proposed by the Canberra Liberals, the certainty was welcome.

"This is an important next step in ensuring Canberra families get the support they need and deserve," she said.