Of course, we would like the Ukrainian issue to be resolved peacefully. But there are fewer doubts that it will be resolved in the near future. It is not for nothing that the President has now submitted to the State Duma a draft law “On Russian Citizenship.” This project contains, among other things, an innovation that makes it possible to simplify the issues of citizenship when changing (read – expanding, the Constitution does not allow otherwise) the borders of Russia. 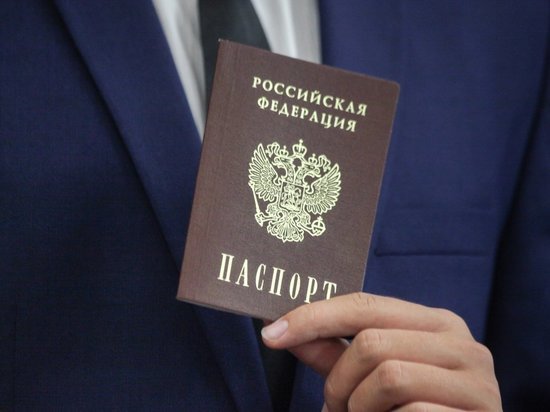 The introduced bill provides for a reduction in the number of requirements for more than 20 categories of persons when they are admitted to Russian citizenship. In other words, many new grounds have appeared in order to be eligible for a simplified procedure for obtaining Russian citizenship, if desired. This, for example, participation in the state program for the resettlement of compatriots, and even the presence of direct ancestors who lived in the current territory of the Russian Federation in Soviet and even tsarist times. That is, if the family once left, let's put it in the Baltics, but grandfather was born under Stalin and lived near Voronezh – his “Baltic” descendants will be able to become citizens of Russia without having to collect a ton of papers and go through all the hells of the migration service.

< p>By the way, about hell – unfortunately, there is a provision in the draft law according to which, if there are clerical errors, typos or other technical errors in an application on citizenship issues, then it is not accepted for consideration and is returned to the applicant. This is a very painful story for applicants, since the responsible authorities skillfully “reject” applications due to the wrong place in the comma (which, by the way, is a rather corruption-intensive thing). Although there is little progress – previously such applications were rejected (that is, collect all the documents first), but now they will be returned to the applicant.

However, it is much more important to expand the list of “simplified” legislation introduced by the bill, the opportunity for the President of Russia to act as an exception at his own discretion in matters of granting citizenship. The most important thing here is the right of the head of state to determine, for humanitarian and other purposes, the categories of persons who can be accepted into citizenship more easily than in the general order, and to establish a special procedure for such admission.

But the most interesting (this is just a “Ukrainian”, but not only, question) is the basis for acquiring Russian citizenship, clearly spelled out in Article 12, as “the choice of citizenship of the Russian Federation when changing the state border of the Russian Federation (option)”. The very procedure for acquiring is established either by a constitutional law (as was the case with Crimea) or by an international treaty.

The bill introduces the institution of termination of citizenship instead of canceling decisions on admission to citizenship of the Russian Federation. However, the procedure itself legally remains the same – just as a court verdict is needed, which finds a person guilty of committing a crime. And since a person has committed such a crime, it means that upon obtaining citizenship “the applicant had no intention of bearing the obligations established by the legislation of the Russian Federation for citizens” and, accordingly, his citizenship is terminated.

The bill expands the list of these crimes – to crimes Terrorist orientation adds grave crimes against the state, as well as crimes in the field of trafficking in narcotic drugs and psychotropic substances. However, this, as before, applies only to persons who received citizenship not by birth, but who acquired it later. Which, by the way, caused regret among some State Duma deputies, who would like to deprive citizens of citizenship of Russian-born citizens if they “hate their country and their people.”

There is one more curious “everyday” moment: now a citizen's passport is invalidated if it contains entries that are not directly provided for by the procedure for its registration. The new bill, in the prescribed grounds for invalidating a passport, does not say anything about extraneous entries.