Not sure what to read after Harry Potter? Here’s seven book recommendations for children and adults to enjoy

More than two decades since the release of the first Harry Potter book, the series remains much loved by children and adults alike.

It has inspired millions of people to take up reading and introduced them to the world of young adult literature.

But for those who finish the seventh book, the Deathly Hallows, it can be difficult to know what other stories will have the same captivating magic.

Here are some recommendations from Potterheads for what to read after Harry Potter.

His Dark Materials by Philip Pullman What is it about? Young orphan girl Lyra goes on a quest to find her missing friends. She discovers secrets involving a secretive group of the church and alternate universes. Everybody has a "daemon", which is like an animal companion that's part of their soul, which talks and travels everywhere with them.

How many books? Three books starting with Northern Lights.

Who is it for? For children aged over 10.

Why it's worth reading? It challenges your stereotypical fantasy tropes and introduces intriguing concepts that make you question life, deeper meanings and fate. It asks the question: do we blindly follow authority when it seems wrong, or do we stand up and fight for what's right?

What kind of Potter fan are you? I still wear Harry Potter socks to this day. I'm a repeat reader and read them most recently during lockdown.

The House in the Cerulean Sea by TJ Klune 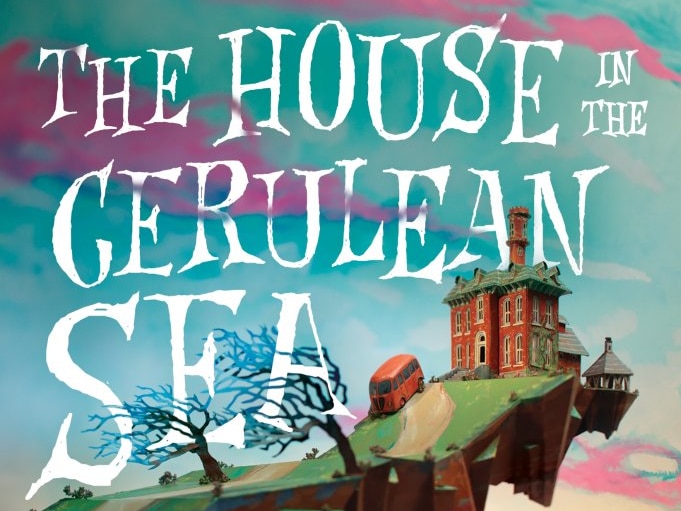 The House in the Cerulean Sea has become a bestseller since its release in 2020.(Twitter: TJ Klune)

What is it about? Linus Baker is a caseworker for the Department in Charge of Magical Youth. He is summoned to the bewitching Marsyas Island Orphanage to decide the fate of a strange troupe of children including a sprite, a gnome, a wyvern, an unidentifiable green blob, a were-Pomeranian and the misunderstood "Antichrist". Along the way, he learns about first impressions, passion and most of all, love.

How many books? Just the one! At around 400 pages, you'll want to savour every chapter with this lovable bunch of rogues.

Who is it for? Anyone looking for escapism, giggles, and perhaps an uplifting love story. It's marketed to adults but would be suitable for teen readers too.

Why it's worth reading? It's an immensely heartwarming and enjoyable read — the perfect salve if you're looking for some reprieve from heavier material. As opposed to a certain magical author insisting decades after the fact that Dumbledore was totally gay, this story centres queer romance and discovery. You'll fall for charming caretaker Arthur Parnassus and six-year-old son of the devil, Lucy.

What kind of Potter fan are you? Ravenclaw with Gryffindor rising. I have devoured these books over and over since discovering them as a child and love them all just as much as at first read — justice for Book Ron!

Children of Blood and Bone by Tomi Adeyemi The Children of Blood and Bone is being developed into a movie by Lucasfilm, the production company that makes Star Wars.(Twitter: Pan Macmillan)

The one-sentence pitch: Sorry, but I can't beat the blurb: "They killed my mother. They took our magic. They tried to bury us. Now we rise." Talk about drama!

What is it about? In fictional West African-inspired Orisha, Zelie has one chance to bring back the magic that has laid dormant for as long as she can remember, before a ruthless king eradicates it for good.

How many books? This is the first book in the Legacy of the Orisha series. After you've finished this one there's one more so you'll have another book to voraciously consume right away.

Who is it for? It's billed as YA but I'd say anyone from say 11 up could enjoy it. Don't let the YA tag throw you off — if you like fantasy, and stories that centre worlds and themes that aren't almost exclusively white/about white stuff, you will like this.

Why it's worth reading? It tackles heavy themes (think BLM, I'll say no more) through a fantasy world rooted in African mythology. There's nothing else like it. I'll admit the writing can be a little clunky at times but Adeyemi's ability to build creative worlds surpasses Rowling's IMO. I will die on this hill. It's also worth reading right now because Children of Blood and Bone's about to get the Hollywood treatment.

What kind of Potter fan are you? Growing up I was a repeat Harry Potter reader (I've lost count of how many times) and was also big obsessed with the movies. I hate that this will be on the internet but identify most with being a Slytherin if I'm being honest with myself. Monstrous Regiment is a great introduction to the Discworld series, which is made up of 41 books.(Facebook: Paul Kidby)

The one-sentence pitch: An inspiring and hilarious journey about what it takes for a girl to find her place in a man's world.

What is it about? Polly's brother is missing in action, but to find him she'll have to pretend to be a boy and join the army. She soon learns that whether you're a human, troll, vampire or an Igor, all that matters as a soldier is staying alive and having a pair of well-placed socks.

How many books? Monstrous Regiment is one of the 41 books in the Discworld series.

Who is it for? Kids who enjoyed the later books in Harry Potter.

Why it's worth reading? You can't help but smile when reading this book. It's funny, filled with strong female characters and leaves you looking at the world a little differently. It is also a great introduction to the Discworld universe as a standalone adventure. If you've never read a Terry Pratchett novel, here is a great place to start.

What kind of Potter fan are you? As a kid, I devoured every new Harry Potter book the day they came out. The series opened a door to the world of fantasy and while I'm not true Potterhead, I'm so grateful for how they encouraged my love of reading.

The Hunger Games by Suzanne Collins The popular Hunger Games book series was also made into a popular film franchise.(Supplied)

The one-sentence pitch: If you want to be drawn completely into another world like Harry Potter, The Hunger Games is for you.

What is it about? Set in dystopian North America, Katniss Everdeen decides to take her sister's place in the 74th annual Hunger Games — a televised tournament which requires its "tributes" to fight to the death. These children are chosen by lottery from 12 poor Districts surrounding the wealthy Capitol to reinforce its power and authority. But when Katniss enters the arena, things start to change.

How many books? Three, but there's also a prequel thrown in there for superfans.

Who is it for? Teens, young adults, anyone who loves dystopian YA Fiction.

Why it's worth reading? I'm big on character-driven stories, and this has that in spades. It will have you choosing sides and latching onto favourites in exactly the same way the Harry Potter series does, and you will not be able to put it down. The way these books are written and the characters that emerge is captivating.

What kind of Potter fan are you? I grew up as a Hufflepuff in a house full of Gryffindors, but I named my cat Cedric Diggory — after the most legendary Hufflepuff to exist — and never looked back. The one-sentence pitch: The Secret of Platform 13 was published three years before the first Harry Potter book and also involves a platform at London's King's Cross station that opens for a limited time to transport characters to a magical place.

What is it about? When the baby prince of a magical island is kidnapped and trapped in the human world, a group of rescuers — including a hag, fey, wizard and an invisible giant — is assembled to embark on an adventure to bring him back.

How many books? Just the one.

Who is it for? Like Harry Potter, it's technically a children's fantasy novel (I first read it when I was 10 years old) but adults can enjoy it too.

Why it's worth reading? The Secret of Platform 13 is funny and captivating as you follow along with the group's adventure. It also has some great lessons about teamwork, kindness, courage, and how it's OK to be different.

What kind of Potter fan are you? I'm a proud Slytherin and have re-read the Harry Potter series so many times I have lost count.

Percy Jackson and the Olympians series by Rick Riordan The first two books in the Percy Jackson series were adapted into movies in the early 2000s.(Facebook: Rick Riordan)

The one-sentence pitch: A 12-year-old boy find out he is the son of an Olympian god and is thrust into a world of monsters and ancient Greek mythology.

What is it about? Protagonist Percy Jackson discovers he is a demigod, and is accused of stealing Zeus's most powerful weapon — his thunder bolt. He must go on a quest to find it with his Satyr (half-goat) friend Grover and Annabeth, a daughter of Athena, the goddess of wisdom.

How many books? There are five books in the original series, Percy Jackson and the Olympians. There is also a second series, the Heroes of Olympus, that continues the story with some new characters for another five books.

Who is it for? It is a young adult series for people who love fantasy stories set within the real world. Ages 10 and up.

Why it's worth reading? The series is an exciting collection of whimsical adventures in a fictional world of gods and monsters, and it is full of hilarious one-liners. The characters are complex and interesting, and their friendships and relationships are built over the series, very similarly to those in Harry Potter.

What kind of Potter fan are you? I have read the Harry Potter series about three times and do a marathon of all the movies at least twice a year. I am a Gryffindor and I have my own wand and Hogwarts robes.