Not only Shatunov. Which of the stars also bequeathed to scatter their ashes 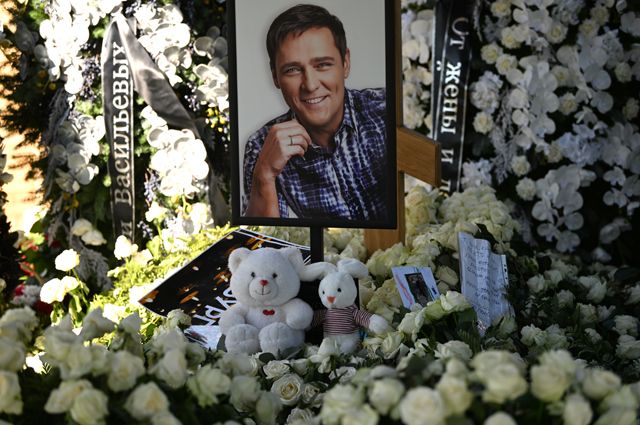 The sudden death of Yuri Shatunov and the news that the legendary musician was cremated after the funeral caused a discussion among his admirers. For many, it was bitter to realize that their beloved artist would not be buried.

Relatives explained this by Yuri's dying will, citing the fact that during the pandemic, the musician raised this delicate issue in a conversation with relatives. Later it became known that partof the artist's ashes were buried at the Troekurovsky cemetery, and part of his wife Svetlana took with her home to Germany to scatter it over a forest lake, where Yuri loved to fish in silence. This, according to the artist’s relatives, was also the will of Yuri, which he announced to his relatives during the pandemic.

Plisetskaya's testament: the ballerina has no grave

But it turned out that Shatunov's decision, which so excited his fans, is not unique. There have already been similar cases in recent Russian history.

For example, the legend of Russian ballet Maya Plisetskaya bequeathed to cremate herself after death, and scatter her ashes over Russia. She died in 2015 at the age of 90 in Germany, where she lived with her husband, composer Rodion Shchedrin. After the cremation, the urn with the ashes of Maya Mikhailovna was never buried, since in her will Plisetskaya asked to combine her ashes with the ashes of her husband and scatter them over Russia. Literally, the will says the following: “Our bodies (Plisetskaya and Shchedrin — Ed.) burn after death, and when the sad hour of the death of one of us who lived longer comes, or in the event of our simultaneous death, combine both of our ashes together and scatter over Russia. Shchedrin keeps the ashes of the ballerina to this day, so that in the future, after his death, the dying will of his wife would be fulfilled. In the meantime, Rodion Konstantinovich is preparing for his 90th birthday, which he hopes to celebrate in December with concerts in Moscow and St. Petersburg.

famous opera singer Dmitry Hvorostovsky. The artist passed away in 21017 at the age of 55 after years of battling cancer. Despite the fact that Dmitry and his family lived in London for the last 13 years, in his dying will he expressed a desire to rest in Russia. The body of the artist was transported from London to Moscow, the farewell took place in the Concert Hall. Tchaikovsky. The body was cremated and the ashes were divided into two parts. One urn was buried at the Novodevichy cemetery, the second — in Krasnoyarsk, the artist's hometown, on the territory of the Siberian Institute of Arts, which was named after Dmitry Hvorostovsky.

The ashes of the Strugatskys were scattered over the Pulkovo observatory

Boris Strugatsky bequeathed to scatter his ashes over the Pulkovo Observatory. Science fiction writers brothers Strugatsky passed away with a difference of 21 years. Arkady Strugatsky died on October 12, 1991, and Boris died in 2012. There are no graves of the Strugatsky brothers.

Boris bequeathed to bury himself, as well as the one who died in 1991 brother Arkady, scattering the ashes from a helicopter. According to the official testament of the writer, his body was cremated, and the ashes were scattered over the very Pulkovo Observatory where he worked for almost 20 years.

He bequeathed himself to be cremated after death and journalist Sergey Dorenko. According to his last will, part of the ashes were buried in Moscow, and part was scattered over his hometown of Kerch.

Sergey Dorenko died at the age of 59 on May 9, 2019 — he had a heart attack while driving a motorcycle. It all ended in a fatal accident.