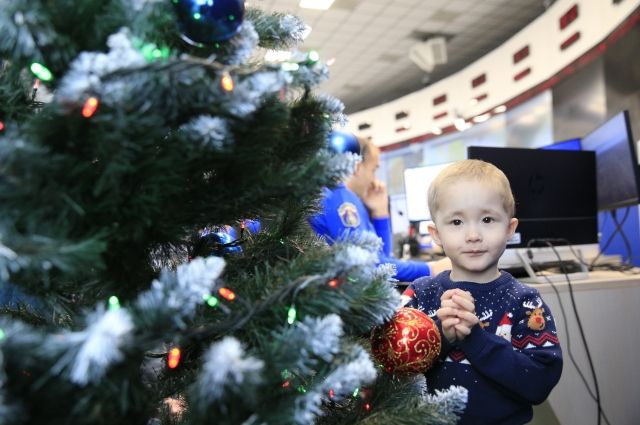 Three years ago, the country was shocked by a terrible tragedy & mdash; on New Year's Eve, the entrance of a house in Magnitogorsk collapsed. But the rescuers performed a miracle & mdash; from under the rubble they took out and rescued the baby Vanya Fokin , who had lain in the cold -25 degrees 35 hours. & nbsp;

The boy was saved. Vanya Fokin, who will soon turn 4 years old, recently visited the unit of his rescuers. & Nbsp;

Operational footage of the rescuer Pyotr Gritsenko & nbsp; faster than the wind it runs to the ambulance carriage, clutching the baby found under the rubble, flew around the world. Tears of joy, the experiences of the whole country, whether Vanya will survive, Vanya's prayers … & nbsp; Vanya did not disappoint! Doctors were able to do the possible and the impossible: they saved the boy's injured leg, cured the concussion. Now Vanya goes to kindergarten and grows up like all boys of his age. Vanya is called a mascot by the rescuers. Photo: Main Directorate of the Ministry of Emergency Situations in the Chelyabinsk Region

This New Year's meeting of Peter Gritsenko, who saved Vanya, with the Fokin family is not the first. EMERCOM employees who worked on the rubble of the house have already visited their & nbsp; “ godson ''. They hugged and carried them in their arms, gave gifts and rejoiced at the miracle.

This time Vanya Fokin, his brother and parents were offered to see how the Ministry of Emergency Situations works. Vanya was delighted: the boy was allowed to touch everything with his hands and climb everywhere. Vanya was shown a cartoon about the work of firefighters, and also demonstrated & nbsp; a tanker truck and a ladder. & Nbsp;

They met at the fire station No. 60 in the city of Istra. First & mdash; with his savior Petr Gritsenko, Deputy Director of the Department of Rescue Formations. “ Every life saved, and even more so the life of a child '' this is a real miracle. And such miracles are brought to life by firefighters and rescuers of the Ministry of Emergencies of Russia every day, carrying out military service '', & mdash; said the happy and moved Gritsenko. & nbsp; Vanya's rescue was a real miracle. Photo: Main Directorate of the Ministry of Emergency Situations in the Chelyabinsk Region

Then Vanya Fokin came to visit the Leader Center for Special Risk Rescue Operations, and he was even allowed to be a rescuer himself for a while. The boy climbed into every piece of fire fighting equipment and even controlled it a little. And then there was a Christmas tree and gifts from Vania's personal wizard & mdash; Petra Gritsenko. & Nbsp;