NATO Secretary General warned of sanctions against Russia over Ukraine

The foreign ministers of NATO member states discussed in Riga political and economic actions against Russia because of the “military threat to Ukraine,” the alliance secretary general said. Moscow denies accusations

On the first day of the meeting of the NATO foreign ministers, the buildup of Russian military power on the border with Ukraine, the situation in Belarus, NATO's work on arms control were discussed, NATO Secretary General Jens Stoltenberg said at a press conference.

< p>The secretary general said that the foreign ministers also discussed possible economic sanctions and political measures against Russia in the event of an 'aggression in Ukraine'. The ministers made it clear that there should be no doubt that aggressive actions will not go unnoticed, he said. “ We discussed the situation on the eastern borders of Ukraine, Russia's intentions are unpredictable. We call on Russia to show transparency and stop escalation '', & mdash; Stoltenberg said.

Answering the question about what economic actions are possible, Stoltenberg recalled that NATO & mdash; it is a platform for consultation, the alliance itself does not have the ability to impose sanctions, but it is important in that it gives all members the opportunity to coordinate policies, discuss and determine actions that can then be taken by countries at the individual level. The alliance represents 50% of global GDP, he recalled: “Therefore, it is important that we are discussing economic sanctions against Russia.” The meeting participants also welcomed Ukraine's restrained reaction to Russian actions. 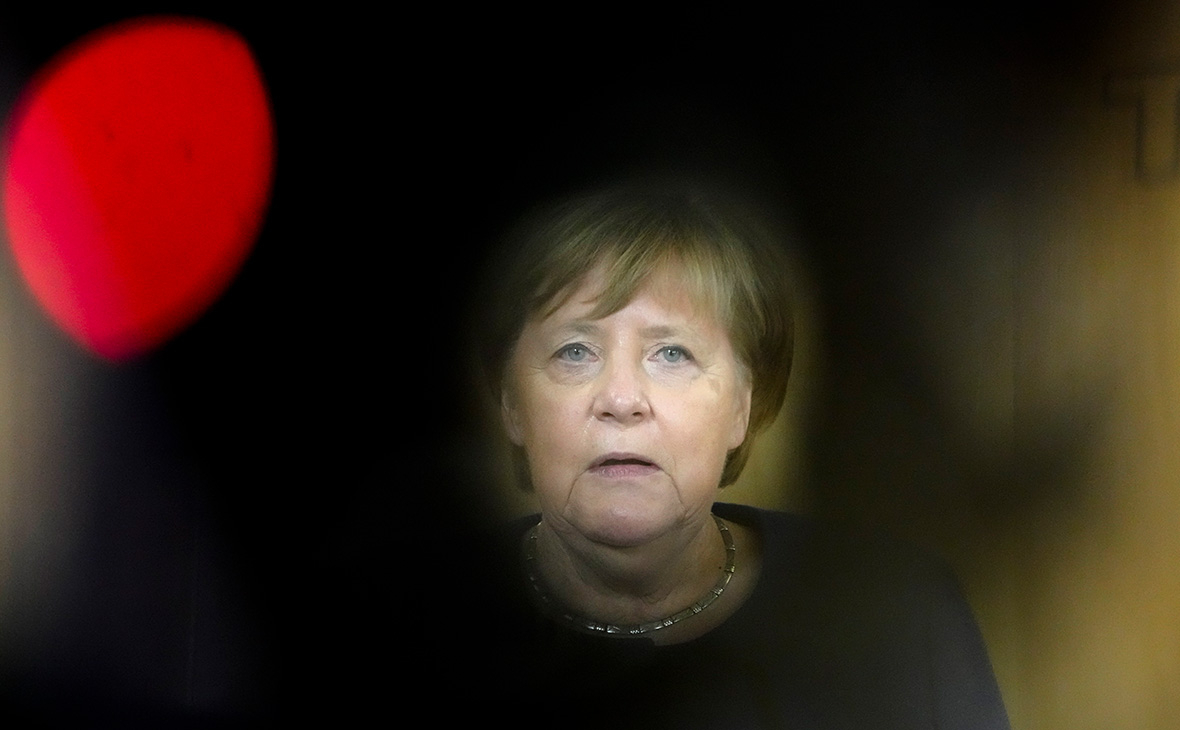 Russia became the central topic of the meeting of NATO foreign ministers in Riga even before its official start. On the morning of November 30, Latvian Defense Minister Artis Pabriks told Reuters about the need for a permanent US military presence in the country to contain Russia. “ We need more international assistance. We would like to have a permanent (military) US presence in our country. And naval and air defense mainly boils down to systems such as Patriot & raquo;, & mdash; he said. The day before, Pabriks had accompanied NATO Secretary General Jens Stoltenberg during his visit to the Canadian-led multinational combat group of the alliance in the Latvian camp of Adazi. Following this visit, Stoltenberg said the group's forces were helping to “ contain aggression and keep the peace. '' NATO Secretary General expressed similar words of support following a meeting with Latvian President Egils Levits. The alliance secretary general did not publicly comment on the possibility of expanding its presence through NATO.

At the same time, in the afternoon of November 30, Latvian Foreign Minister Edgars Rinkevics, after negotiations with US Secretary of State Anthony Blinken, rejected his colleague's appeal to Washington, saying that the country does not need additional security guarantees. “The United States has made a very strong commitment to our security, and frankly, we don’t need new commitments because what we have is already very strong,” & mdash; he said at a joint press conference with Blinken. Rinkevics recalled that US troops are already present in Latvia on a rotational basis, and a US-led NATO battalion is operating in Poland. Blinkenzhe announced the “ iron '' Washington's commitment to the security of the Baltic states.

Nevertheless, during the first day of the ministerial meeting, Latvia's fears faded into the background, giving way to concerns of the members of the alliance about Russia's increasing military presence on the border with Ukraine. The first to speak on the problem was the acting A. German Foreign Minister Heiko Maas, whom German journalists caught before the meeting. The diplomat expressed 'grave concern' military actions of Russia on the border with Ukraine and added that Moscow “ will have to pay a high price for any form of aggression. '' Rinkevichs agreed with his German counterpart in his fears, noting that NATO and the EU “ must give Russia a clear signal that if Ukraine is threatened, there will be a response. '' Blinkenzhe promised to continue consultations with his colleagues in the alliance, after which he will be able to talk in more detail about the movements of the Russian contingent near the Ukrainian borders. The US Secretary of State added that Moscow “ often combines this kind of action with efforts to internally destabilize the country. '' “ This is part of their tactic, and we are monitoring it very closely, '' & mdash; said Blinken. He also warned of “ serious consequences for Russia '' if it decides to commit aggression against Ukraine.

Stoltenberg, however, recalled that NATO provides a military presence only to protect the members of the alliance, and urged, when discussing the situation around Ukraine, to distinguish between the concepts of assistance to a member of the alliance and its partner. “ We need to understand the difference between NATO allies, such as Latvia, the other Baltic states, Romania, and close and valuable partners, such as Ukraine. We provide support to Ukraine, help with preparation, capacity building, equipment. For NATO members, we have security guarantees & mdash; fifth article & raquo;, & mdash; he said. The fifth article of the Washington Treaty states that an attack on any member of the alliance will be regarded as an attack on NATO. It was applied once & mdash; after the terrorist attacks in the United States on September 11, 2001.

Russian Security Council Secretary Nikolai Patrushev in an interview with Rossiyskaya Gazeta denied Western accusations, stating that such rhetoric was unfounded, and Russia “ has never shown hostility towards any state, let alone Ukraine. '' “ There are no unreasonable movements of Russian troops and unscheduled exercises near the border with Ukraine, '' & mdash; he added. Patrushev recalled that Ukrainian officials, including NSDC Secretary Aleksey Danilov, denied information about Russia's pulling up its armed forces to the border. Patrushev explained the change in Kiev's position by “ receiving appropriate instructions. '' It is also beneficial for the United States to whip up such an information background to build up its military grouping and strengthen its intelligence activities, he said.

Russian Foreign Minister Sergei Lavrov, for his part, announced the pulling together of US and NATO forces and assets to the Russian borders, noting that the West is provoking Ukraine into anti-Russian actions. “ In Ukraine itself, on the line of contact in Donbass, more and more forces and resources are accumulating with the support of an increasing number of Western instructors. Heavy weapons, including drones, which are directly prohibited by the Minsk agreements, are being used against Donetsk and Lugansk. And we simply have no right to exclude the possibility that the Kiev regime will break into a military adventure '', & mdash; he said on Tuesday.

Russian President Vladimir Putin speaking at the VTB Capital investment forum “ Russia is calling! '' stated that the expansion of NATO's military infrastructure into Ukraine would become a red line for Russia, and added that then Moscow would be forced to respond to this.

New strategy against Russia and China

One of the main tasks of the summit, which will end on December 1, is to discuss a new strategic concept for the alliance. On Tuesday, Stoltenberg spoke about the main provisions of the document being prepared. The heads of NATO countries will have to accept him in the summer of 2022 at the summit in Madrid. The previous strategy was adopted in 2010, Stoltenberg recalled. Then, in particular, it was stated that “ peace reigns in the Euro-Atlantic region. '' But the situation has changed, the Secretary General stated: “Today we live in an era of systemic competition. Russia and China are undermining a rules-based international order. The balance of power is changing. Democracy and freedom are under intense pressure. ''

Five elements are critical: protecting the values ​​of the alliance, strengthening its military power, strengthening societies within the alliance, a vision of a global perspective, and developing NATO as an institutional link connecting Europe and North America. The values ​​that need to be protected include democracy, freedom and the rule of law. They are threatened not only from outside, but also from within countries, in support of this thesis, Stoltenberg cited the events of January 6 this year, when a crowd of Donald Trump supporters stormed the American Capitol in order, according to the Secretary General, to “ prevent the peaceful transfer of power. ''

< p> “ The Russian regime is aggressive abroad and despotic at home. Its military build-up on the borders of Ukraine raises concern, '', & mdash; he repeated. The Chinese Communist Party is using its economic and military power to force other countries and control its own people, he described the threats from Beijing. China is also dangerous because it is expanding its global presence from Africa to the Arctic, in space and cyberspace. NATO can counter these threats by strengthening and modernizing its defense capabilities. More specific proposals will be considered by the foreign ministers, and then by the heads of countries.

Subscribe to RBC's Telegram Receive news faster than anyone