Information stuffing about the “death of Vladimir Zhirinovsky” again raised the question of his successor and the fate of the LDPR itself. We have collected previously expressed opinions of politicians and political scientists about this. In addition, our source in the State Duma named candidates who are considered to replace the leader of the Liberal Democrats. 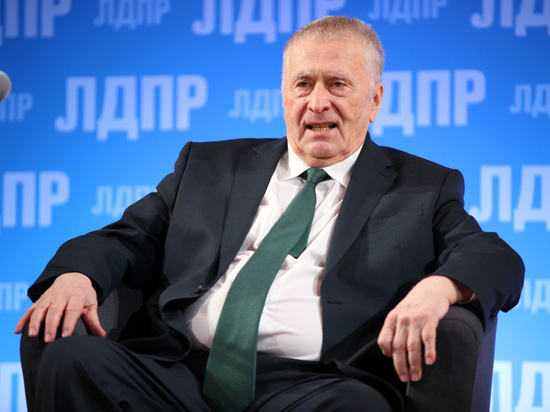 This morning a scandal erupted. The telegram channel Mash reported on the “death of Zhirinovsky”, the news of the politician’s death also appeared in the telegram of the LDPR member, Senator from the Vladimir Region Alexander Pronyushkin.

State Duma Speaker Volodin urgently denied these reports, demanding the resignation of the senator, Pronyushkin deleted the post and said that he did not post it, and those responsible would be punished. The LDPR, the Ministry of Health and Zhirinovsky's relatives made denials. Then Dmitry Peskov said: Vladimir Volfovich's condition is serious, he is in the hospital under the supervision of doctors …

Back in February, Mikhail Delyagin, deputy of the lower house of the Russian parliament, listed possible successors to Zhirinovsky. In his opinion, the governor of the Khabarovsk Territory, Mikhail Degtyarev, could become an ideal candidate for the post of head of the LDPR. And he can be replaced as governor by a liberal democrat, military man Alexander Sherin. However, as our source in the State Duma notes, this could create problems for the Liberal Democratic Party in the Khabarovsk Territory, and Degtyarev himself, due to his “harsh” character, may not get along in the party elite.

Delyagin also believed that among the worthy successors are the same Alexander Sherin, as well as parliamentarians Yaroslav Nilov and Vasily Vlasov.

Also, in his opinion , “it's not without reason that the chairman of the Rodina party, Alexei Zhuravlev, parachuted into the Duma faction of the LDPR, may also not be averse to trying on the chair of the head of a new united party on the basis of the LDPR without Zhirinovsky.”

Since the LDPR is an absolutely “leader's” party, some experts predict that it will cease to exist in its current form without Zhirinovsky. So, political scientist Maxim Zharov said in an interview that the party, when rebranded, could be headed by Deputy Chairman of the Security Council of the Russian Federation Dmitry Medvedev.

An equally exotic assumption was made by some publicists who called Vitaly Milonov Zhirinovsky's successor, apparently focusing on the outrageousness of his statements.

It is also assumed that the LDPR will be absorbed by United Russia or merged with some “right-wing” party (however, apart from the New People, there are no such parties in the Duma). For example, the director of the Center for the Development of Regional Policy Ilya Grashchenkov, who believes that the leader's project has no prospects if its leader leaves, is of the opinion about merging with the brand of another “right” party.

Our source in the Duma on Friday partially confirmed the assumptions of the deputy Mikhail Delyagin.

So, among the possible candidates was named Vasily Vlasov, the obvious favorite of the leader of the Liberal Democratic Party. Vlasov was constantly next to Zhirinovsky, and even at meetings of the lower house of parliament, their seats were nearby. However, it is not necessary to consider him seriously: he is clearly not a competitor due to his youth and inexperience. He simply does not have enough political weight to lead and keep the Liberal Democratic Party.

Another “young leader” is Boris Chernyshov. He was also noticed and welcomed by Vladimir Volfovich, but again he is not experienced enough, and most importantly (which is certainly important for a party of this type), “as a speaker, he is not very good.”

Among the experienced party members and deputies, our the source named Alexei Didenko. He has always received good positions and really has weight in the party. However, he is almost unknown to the general public and, as they say, not bright at all.

The most likely successor is Yaroslav Nilov. Deputy of several convocations, headed significant committees in the Duma, now heads the Committee on Labor and Social Policy. He, one might say, is a confidant of Zhirinovsky. Representatives of the media are well aware that all questions to Zhirinovsky and the Liberal Democratic Party from the press have been “closed” to him lately. In addition, Yaroslav Nilov knows how to perform brightly. Until now, he has usually spoken on “non-political” topics, but his speeches have been covered by the media and resonated in the public space. Now, after Vladimir Zhirinovsky ended up in the hospital, Nilov took on the role of speaker on political issues. It may not look very organic yet, but it's a start.