Miners are doomed to die for a broken penny: private incomes are more valuable than lives

Terrible news of the week

The main event of the past week was the tragedy at the Listvyazhnaya mine. The worst thing about this is the doom of the miners, who knew that there would be an explosion and still went down the face, bravely won back a broken penny. Even worse, such tragedies will repeat themselves over and over again. 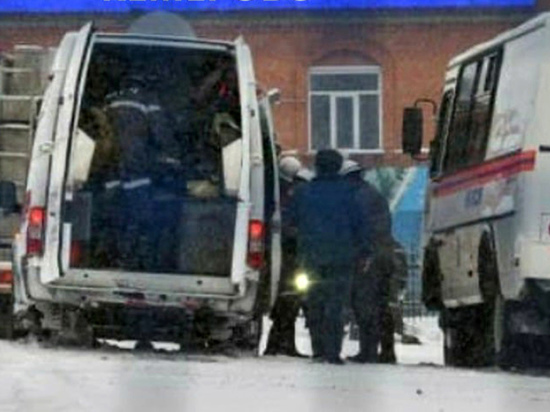 “ My husband came home from work every day and said: this will not end well. It was surging so much that all the sensors were beeping there. And on the night of November 14-15, there was a fire, no measures were taken, '' said the widow of one of the dead miners. The same thing, carbon copy, said the widows of those killed in 2000 at the Komsomolets mine, in 2003 at the Ziminka mine, in 2004 at the Taizhina mine. and in the same year at the same Listvyazhnaya, in 2007 at Ulyanovskaya, in 2010 at the Raspadskaya mine. In the same way as now, the directors were arrested. Vladimir Vladimirovich, at a meeting with the permanent members of the Russian Security Council, said that systematic work is needed to prevent tragedies, like at the Listvyazhnaya mine. After the accident at Ulyanovskaya, where 110 people died, Vladimir Vladimirovich was dissatisfied with the results of the investigation, and as a result, in 2015, the director of the mine, Andrei Funk, was imprisoned for 6 years. In 2017, after a little over two years in prison, Andrei Funk was pardoned by decree of Russian President Vladimir Putin.

Vladimir Vladimirovich also said that it was necessary to provide assistance to the families of miners. And on Saturday, the governor of the region, Sergei Tsivilev, has already reported: “The government of Kuzbass and the municipality are already making payments.” The relatives of the victims will receive 250 thousand rubles each from the Kemerovo region and municipalities. The victims of the accident will also receive financial assistance. Okay, right?

The state will pay. But why is it not heard that the owner of the mine will be ruined by payments to the families of the victims? What would he pay for the death of his workers so much that he would wander around the world with caramel, at best, for the cheek?

Because this is how it works in our society of victorious capitalism & ndash; private income and government spending. Because power serves capital, and capital is power. Private incomes of entrepreneurs built into the system & ndash; this is sacred, and the cost of the lives of workers … God has a lot of us, a kilogram per penny.

So, this is inevitable & ndash; “ It won't end well, it goes off scale so that the sensors are beeping. ''

Miners and rescuers died at the Listvyazhnaya mine: footage of the tragedy 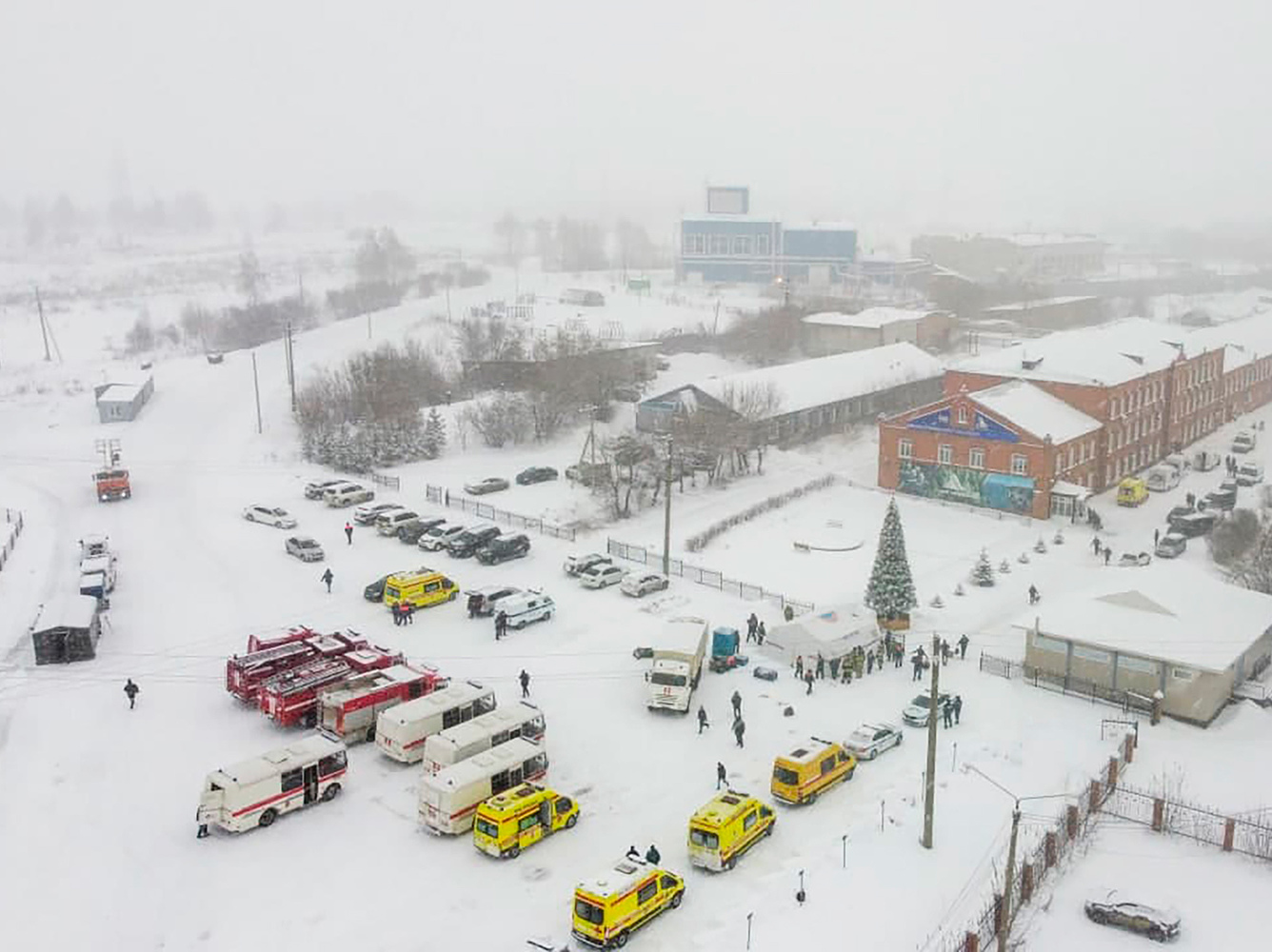 Even last week, our Duma demonstrated that it has grown old. It used to be, in which case they splashed with juice and beat their muzzles. Now times are different. Zhirinovsky decided to dance on the bones of the cynically surrendered Rashkin. Rashkin, of course, is to blame for poaching, but the setup with the elk was so clumsy that the performers did not even try to hide the & ndash; the setup is. The main thing is the result. And here is the result obtained & ndash; Rashkin is deprived of immunity, and Vladimir Volfovich is being delayed by the last words on the communists. The communists write to the prosecutor and demand to open a criminal case on the basis of incitement to hatred. Sad and funny & ndash; ask for protection from the government against which you oppose. And which, obviously, really wants to rein in the Communist Party. Which, by the way, is what Gennady Andreevich Zyuganov said: “ Operation 'moose' ' organized by Vyacheslav Volodin, who cannot forgive Rashkin for losing in court … They decided to drown him, but they drown & nbsp; first of all the Communist Party.

Volodin did not react in any way. He is not up to that & ndash; he unexpectedly became one of the most popular bloggers on Telegram. And all he posted was a post in which he told how the work on the bill on QR codes is going on and opened comments for feedback. Comments have already accumulated over 600 thousand. & Nbsp; And on Saturday Volodin wrote that constructive ones will be studied. The edition & nbsp; The Bell & nbsp; took an arbitrary & nbsp; fragment from hundreds of comments in a row and calculated how much constructive there is. & Nbsp; 27% & nbsp; were & nbsp; for voluntary vaccinations, & nbsp; but against QR codes, about the same & mdash; & nbsp; just against & nbsp; codes. From the remaining posts & nbsp; & ndash; 23% anti-Axist and other conspiracy comments. Posts in defense of compulsory vaccination and QR codes are rare & mdash; less than 5%. & nbsp; Another 20% – information noise. Although something else is much more interesting – & nbsp; in relation to a number of citizens who commented on Volodin's post about QR codes in Russia, pre-investigation checks and examinations are expected, and based on their results, administrative and criminal cases may be initiated. In short, the 'cart' Volodina & ndash; not a place for discussion. And the effect of the comments will be the same as from the inscription on the fence. Here's a simple fact. & Nbsp; Head of the United Russia faction Timur Ortabaev resigned in the parliament of North Ossetia & nbsp; after the parliament was unable from the first time to approve the draft law on codes sent by the State Duma to the regions for discussion. Is everything clear?

Here is the singer Morgenstern & ndash; has long been clear. Head of the Investigative Committee Alexander Bastrykin met with Svetlana Svetlichnaya. After that Svetlichnaya was hospitalized in neurology, and Alexander Ivanovich said that the Unified State Exam & ndash; this is torture for schoolchildren, and Morgenstern distributes drugs on social networks. And Morgenstern, it seems, decided to dump, until Bastrykin's subordinates (in the hope of a 13th salary and a New Year's bonus) found drugs on his social networks. It's funny, but a couple of months ago Morgenstern called Russia the best country in the world, his most beloved. He said that he would like to live only in Russia and nowhere else. But he admitted that he “ would have to emigrate if he sharpens a tooth on me too much (obscenely). ''

However, he will run away or not run away & ndash; the country will not lose anything, it’s not scary.

It’s scary that the miners, too, have understood everything for a long time. And nothing to lose. But they do not walk on their own land, but doomed underground.