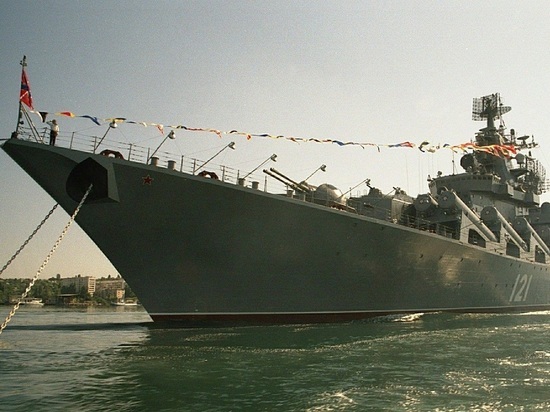 Military expert Boris Rozhin summed up everything that is now known about the explosion especially for the Voenkor Kotenok Z channel and fire on the missile cruiser Moskva. To begin with, contrary to Western media reports, she was not sunk, but remained afloat.

It is also known that her crew was evacuated. There are no data on losses among sailors. According to some reports, most of them have already been delivered to Sevastopol. Turkey denied its participation in the evacuation of the crew.

The causes of the explosion and fire on the ship are still unknown.

The nature of the damage is also unclear. The Russian Ministry of Defense reported that the main caliber of the cruiser survived.

“Which hints that either an artillery ammo or an anti-aircraft ammo detonated, which caused damage to the ship. There is not enough information yet to talk about the cause of the fire and explosion, no matter what caused it, ”the expert emphasized.

Both the Pentagon and the Russian military department report that the ship has retained buoyancy. According to various sources, he, either by himself or in tow, is slowly moving to the base. There it will stand up for repairs and a full assessment of the damage will be carried out.

“It is worth noting that Moskva has not been particularly spoiled with upgrades, including the modernization of the fire extinguishing system,” Rozhin noted.

He emphasized that all the footage of the exploding cruiser turned out to be fake. There are no full-fledged pictures and videos that would accurately assess the nature of the explosion and its consequences.

See also: “An American reconnaissance aircraft was spotted near the Moskva cruiser”