Macron or Le Pen: who will win the second round of French presidential elections

And what will be the role of Mélenchon

Less than two weeks remain before the second round of the presidential elections in France, where Emmanuel Macron and Marine Le Pen will clash. Although most experts predict a win for the incumbent president, it is probably not worth completely excluding the possibility of a victory for the leader of the far-right National Association. So, in the time remaining until the final vote, the candidates will have to work hard to attract more votes. 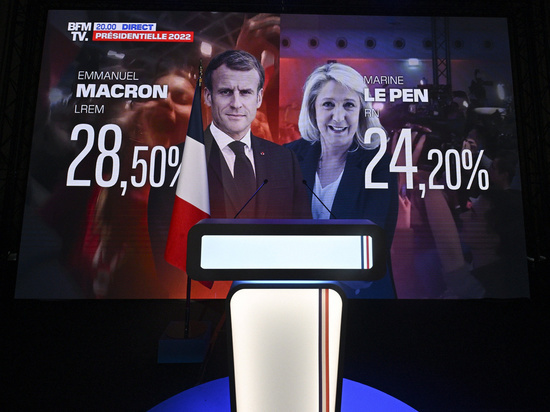 Emmanuel Macron and Marine Le Pen “dispersed” on Monday in opposite directions, trying to win the support of the new voters they need to win the final round of the French presidential election, writes The Guardian.

Macron headed north, where he spent several hours talking to a crowd in Denan, a former mining town that was once controlled by socialists and has now become a stronghold of the far right. And Le Pen went south to Northern Burgundy, where she already enjoys support.

Both candidates, if they want to win in the second round on April 24, must convince the 49% of voters who did not support either of them in the first round, and those 25.1% of eligible French people who did not vote at all, to vote for themselves.< /p>

Both Macron and Le Pen will seek to poach some of the more than 7.7 million voters who supported radical left candidate Jean-Luc Mélenchon, who won 21.95% of the vote last Sunday.

On Monday, it was announced that Macron and Le Pen would face off in a televised debate four days before the vote, during which they would be asked questions about their programs. In 2017, nearly 16.5 million viewers watched the same couple exchange insults in a match that seriously hurt Marine Le Pen after she lost her cool and became aggressive.

In Dennay, who once that was part of the coal mining center of France, which inspired Emile Zola's novel “Germinal”, and is now considered one of the poorest cities in France, almost 42% voted for Le Pen on Sunday and just under 15% – for Macron.

The president has been repeatedly criticized by members of the public for his highly controversial goal of raising the retirement age from 62 to 65. The last time he tried to push through the measure, the initiative sparked nationwide strikes.

Macron needs to unite hostile voters from political extremes to vote for him on April 24th. Since many, especially those on the left, feel like “political orphans” because of Sunday's results, the first hurdle will be getting them to vote at all.

According to The Guardian, Macron, 44, said he was ready to reach out to political rivals who lost in the first round and consider a “new method”, but declined to be specific, saying only that he would speak to them. He also said that he would “develop” his program, after listening to “anger and despair” those who did not vote for him, and especially the concerns of young people about the environment.

“I want to convince our compatriots who voted for the “National Association” [Le Pen] or abstained, join us. To combine them, I have to complete and enrich my project, – Macron said. – I see division and anger in the country and hear the voices of those who voted for extremes, even those who voted for Madame Le Pen.

Macron added: “With so many people voting for the far right and the far left, I can’t go on like nothing happened. I have heard people express concerns about the political context, including from many young people who want a decent education and job. But more than anger, I hear dismay.”

For her part, Marine Le Pen, 53, planned to spend the day in Paris, but made the last-minute decision to campaign on the ground with an unscheduled visit to Torigny -sur-Orèze, a village in the department of Yonne, to talk to the farmers.

Before leaving Paris, Le Pen told reporters that she was also in combat mode. “We have to keep fighting, – she said. – We will talk about agriculture and self-sufficiency in production and inflation. We will discuss how to revive our democracy and explain my manner of government. We will also talk about protecting purchasing power, especially for those with modest means who are very concerned about rising fuel and food prices.

President Macron came out by a few points after the first round of voting, with 27.84% to Le Pen's 23.15%, according to final figures from the French Interior Ministry. More than 3.2 million voters who chose other far-right candidates, including Eric Zemmour, are likely to support Le Pen.

Mélenchon turned into a potential “kingmaker” in third place, within a few points of Le Pen with just under 22% of the vote. Mélenchon had a brief ray of hope early Monday morning as the updated tally showed him closing in on Le Pen. As a result, his team admitted defeat. He advised his supporters not to vote for Le Pen in the second round, but he also did not recommend that they vote directly for Macron.

The high rate of abstentions in the second round is likely to play into Le Pen's hands.

Le Pen's team called Sunday's result a “failure” for Macron. “In truth, 70% of the French voted against it,” – said Jordan Bardella, acting head of the Rally Nationale Le Pen party.

An Ipsos survey found that Macron, who in 2017 became the youngest head of state since Napoleon, enjoyed the most support the oldest voters were aged 70 and over, while Mélenchon was most popular among 24-34 year olds. Le Pen was most supported by voters aged 50 to 59.