According to the President of Belarus, the military is unhappy with Zelensky's policy towards Poland, which is trying to “chop off the west” of Ukraine. Members of the Armed Forces of Ukraine will not be able to “fight further” with Russia and they themselves understand this, Lukashenko believes 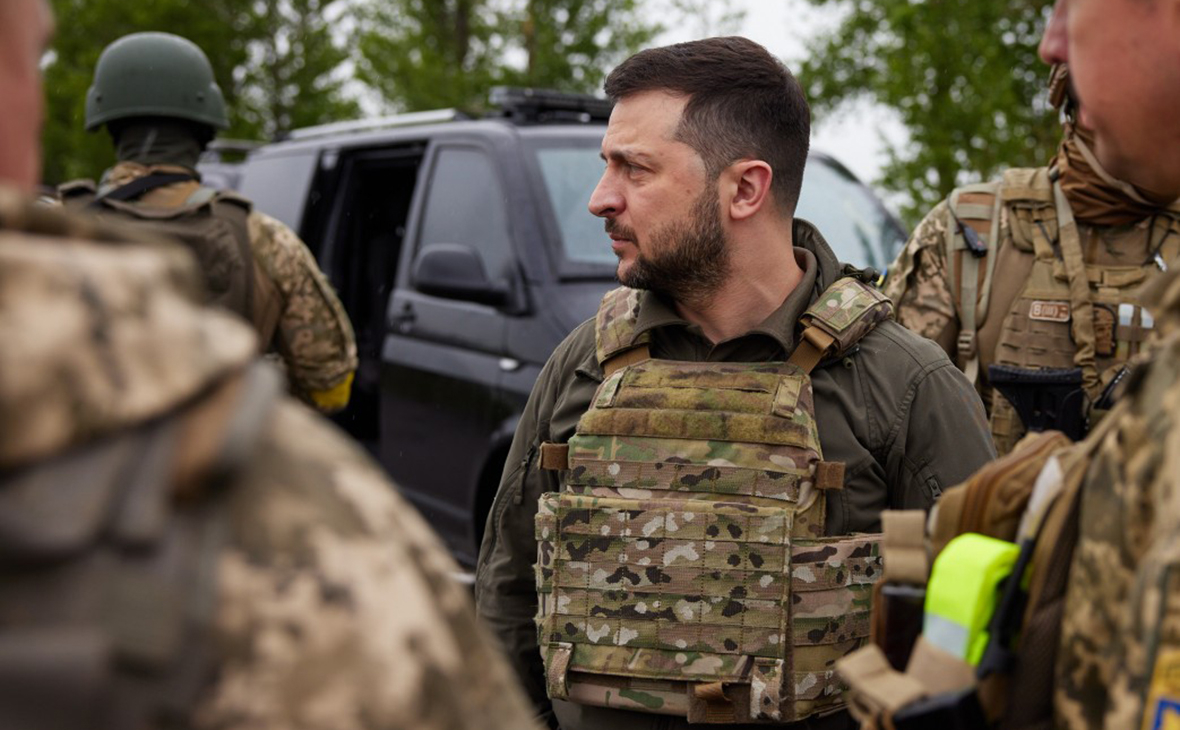 A serious confrontation is starting between the President of Ukraine Vladimir Zelensky and the military of this country, President of Belarus Alexander Lukashenko told reporters, BelTA reports.

“Already in Ukraine, according to my information, a serious confrontation and conflict is starting between Zelensky and the Ukrainian military . The military, like no one else, understands what a conflict with Russia is. Soldiers are dying there. They see what they are capable of and how much they can fight. And they can't fight anymore. You see, Russia has changed tactics»,— explained the head of the republic.

On the Ukrainian side, there will soon be no one to participate in hostilities, Lukashenka believes: the territorial defense forces will not be able to replace the Armed Forces of Ukraine.

The Belarusian president explained the disagreements between the president and the army with the policy of the Ukrainian leadership towards Poland: “They saw that he (Zelensky. — RBC) gave the Poles [special legal] status. And this leads to what? Chop off the west [of Ukraine].” The Ukrainian military, “especially the Nazis, as some call them,” is against not only Russians and Belarusians on its territory, but also Poles, Lukashenka claims. “And they will cut off the heads of everyone who wants to dismember Ukraine today. <…> I said this a long time ago. Look, it comes true. Yazh then said: they will also turn to us and the Russians so that we can protect this Ukraine, — he is convinced.

At the end of May, Zelensky proposed granting Polish citizens a special legal status. The corresponding bill, by analogy with the Polish law on the support of citizens of Ukraine, should be developed by the Russian Foreign Ministry. Polish President Andrzej Duda in March signed amendments to the law on assistance to Ukrainians: refugees who arrived in the country due to hostilities will be able to stay there for 18 months from February 24, and then they will be granted a residence permit for three years. In addition, it will be easier for Ukrainians in Poland to obtain a PESEL identification number, which entitles them to use public services, get a job and do business in the republic on the same conditions as the Poles.

The Russian Foreign Ministry called Zelensky's initiative “an incident of sovereignty.” According to the representative of the department, Maria Zakharova, this proposal “legalizes the seizure” of Ukraine Poland.

Read on RBC Pro Pro When the Global Crisis Begins – Financial Times and The Economist Articles Pro Four Good Practices to Help You Cope with Stress Instructions from Pro x The Economist How ECB Tightening Threatens Italy's Economy Articles Pro How to work less and be more productive: 4 advice Articles Pro What to do if the employer forces you to quit Articles Pro Tomorrow may no longer work: 3 steps to meaningful import substitution Software Instructions Pro The euphoria from biotechs disappears on the stock market. What awaits the industry Articles Pro Why meditation is useful and what techniques will help you start practicing it Instructions

In May, Zelensky announced that 700,000 people were participating in the hostilities on the side of Ukraine. In mid-April, the head of state said that Kyiv was capable of fighting “for ten years.” Ukraine will not give up its territory, emphasizes its president.