“Ukrainian military has almost no ammunition left for Soviet weapons”

Ukrainian armed formations for the first time attacked the territory of the Lugansk People's Republic using the American HIMARS multiple launch rocket system (MLRS). This was announced by the official representative of the LPR. The blow was delivered on June 28 at 07.20 from Artemovsk (Bakhmut) to Perevalsk. Ltd. Colonel of the People's Militia of the LPR Andrey Marochko commented on this unprecedented case. 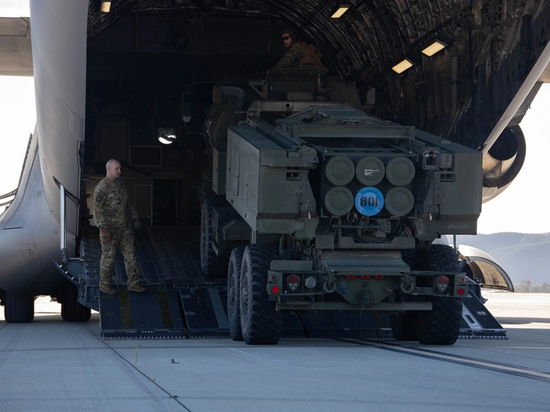 – The shelling of the Luhansk People's Republic with the use of the HIMARS complex was recorded for the first time, – says the military leader. – Fragments were found at the impact site, ammunition was identified. Its range is 70 kilometers. He was equipped with a cluster warhead. Guidance is by GPS. This case suggests that now even the deep rear of the republic can be subjected to attacks from rocket systems, since ammunition for this complex is available at various ranges, up to 500 kilometers.

– No. This is a peaceful settlement, deep rear. However, it contains critically important civilian infrastructure facilities, on which the enemy tried to strike.

– The Armed Forces of Ukraine use the scorched earth tactics. The more civilian infrastructure they destroy, the more difficult and longer it will be to restore the republic. It is this goal that is being pursued.

– Of course, the amount of ammunition for Soviet weapons in Ukraine is depleted, which makes them beg for more and more new weapons in the West. But so far these are single samples that do not play a special role. The ammunition supplied to HIMARS is comparable to the Tochka-U complexes. Based on this, it can be assumed that Ukraine will systematically replace “Points” to American systems. It turns out that Kyiv is hitting civilians using American weapons. These are terrorist methods, and in this case the United States acts as a sponsor of the terrorists.