‘Looks like the kids have done a wee in the bath’: Riverina families call for better water quality

Nicole Beard filled her kettle with water from the kitchen tap … but not to make a cup of tea. She was preparing to bathe her babies.

After the water heated up, she waited for it to cool down then poured it into the baby bath.

That was the only way she felt comfortable bathing her children in the water that came out of the taps in her home at Narrandera in the New South Wales Riverina.

"It's really disgusting because you don't want to put your kids into something like that," she said.

"I didn't want to put them in that rusty water because I don't know if it's just a cosmetic-looking terrible thing or if there are things in there that aren't good for you."

About seven years later, the mother of four says not much has changed.

"When it's really bad, it comes out like an orange rust and that happens every now and again," Ms Beard said.

"Sometimes it'll come out a pale yellow. I'll run the bath and it looks like the kids have done a wee in the bath because the colour is really yucky." Ms Beard said the water issue had cost her family thousands of dollars.

"We've had two washing machines in the [past] 10 years, so that's probably about $2,000 and all the clothing, which is another couple of thousand," she said.

"Clothing, sheets, towels and kettles get ruined. We've had two dishwashers, so that's probably another couple of grand.

"I've had to replace many showerheads — the water just makes it all rusty and all this green and white gross stuff calcifies on the showerhead from the water."

The only filter she has, which is on the kitchen tap, "does help the taste" but has to be replaced regularly.

"The filters clog up very quickly from whatever they're getting out of the water," she said. Some people have to throw out clothing because it gets stained in the washing machine.(Supplied)Council says water 'is safe'

"It meets the safe drinking water guidelines. As much as the discolouration is unpleasant, it doesn't pose a public health risk," he said.

"We could have water main breaks that allow some dirt to get into the pipe works or it's some residual off of the old pipes." A glass of water in Narrandera.(Supplied)

Narrandera's water supply comes from four ground bores placed along the edge of the Murrumbidgee River, which have been there for at least 20 years.

Mr Wilson said there were multiple measures in place to treat the bore water and make sure it was safe to drink.

"The bores themselves have filtration systems within but they also go through the treatment plant, which does some filtration and chlorination," he said.

"We have inline testing in relation to chlorination and pH and then we've got weekly required testing undertaken at a number of sites.

"Council undertakes the testing in accordance with the protocols of NSW Health and then we send the samples to their laboratory for analysis."

Mr Wilson said that if the mandatory testing found the water did not meet required standards, council would complete the test again. The town's water supply comes from ground bores at Narrandera near the Murrumbidgee River.(ABC Rural: Laurissa Smith)Water plans in the pipeline

Mr Wilson said the council was taking steps to improve the water quality.

This included fitting properties with whole-home filters free of charge, with some replacement cartridges.

It also included high-pressure flushing of the pipes, which council said it did sporadically and when complaints were made. 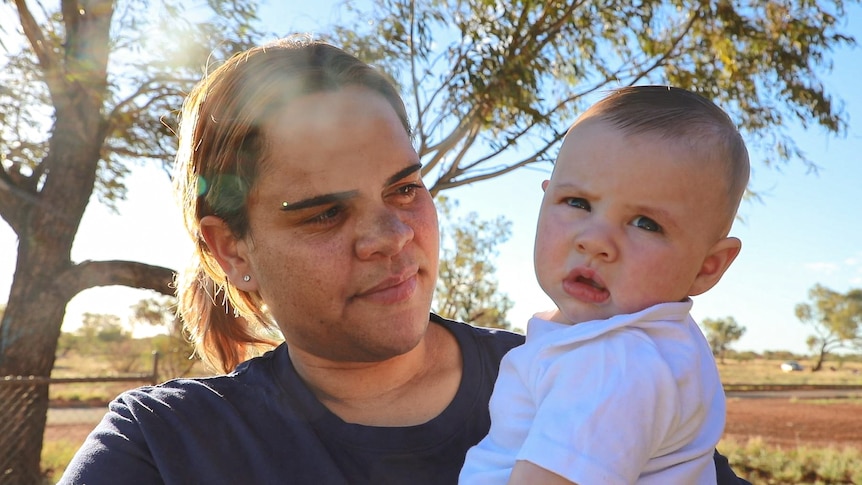 Health authorities and leaders have concerns damaged pipes are contaminating Warburton's tap water despite new, safer water at the source for the remote Aboriginal community.

"Each year we undertake around about $150,000 worth of mains replacement on those pipes. It's around a $3 million project to rectify them all," Mr Wilson said.

"We're currently starting a scoping study for the requirements for the new water filtration plant."

He said there might be a price hike in water charges to cover a new treatment plant.

But Mr Wilson warned these schemes would not be a silver bullet for everyone.

"As much as we can provide clean water to the property boundary, we still can't guarantee that the old properties around town with 80-year-old internal water pipes won't still experience problems in the future," he said. Sometimes washed laundry looks dirtier than it did before it went into the washing machine.(Supplied)