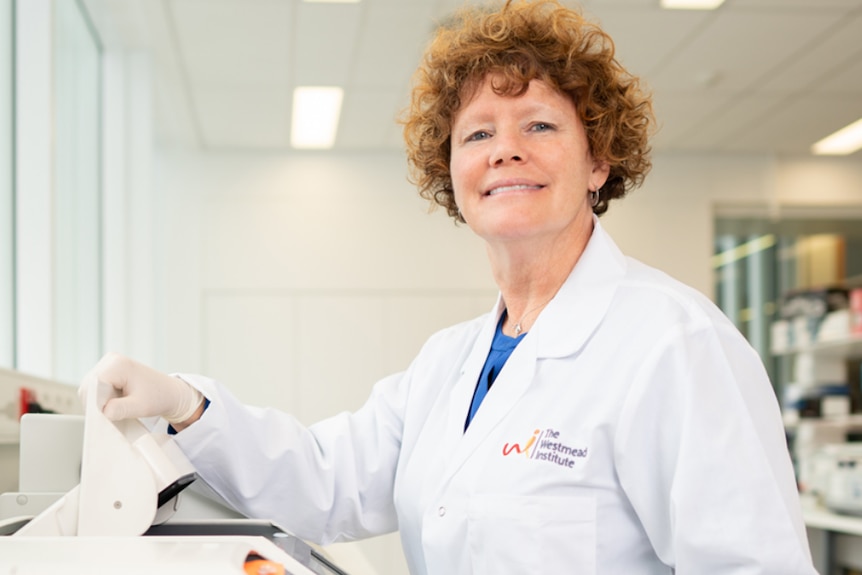 A virologist warns sending children back to school without them having the opportunity to be vaccinated will lead to more hospitalisations.

Many parents say they have been unable to get vaccination appointments for their children ahead of class resuming on January 28.

Sarah Palmer, who is the co-director of the Centre for Virus Research at the Westmead Institute, said with record numbers of people in hospital with COVID-19, it could have severe ramifications.

"The sheer number of infections and sheer contagiousness of the Omicron variant means that many more children would get infected and a certain number of children would end up in hospital," she said.

"Delaying school opening so children can have at least one vaccination would be very key.

"[Letting] this virus rip and overburden the medical system, I don't think that is the way to go." The State Emergency Service (SES) says dozens of homes and businesses have been impacted by flash flooding in Lithgow, west of the Blue Mountains.

A storm cell that dropped 72 millimetres of rain in less than an hour moved through the region late yesterday, damaging at least 45 homes and businesses.

Crews worked through the night to clear some of the damage. SES chief Inspector Joshua Clarke said the level of rainfall took people by surprise.

"The storms have passed across the region from Dubbo, travelling through Mudgee and down to Lithgow, and whilst the storm wasn't unexpected, the amount of rain it produced was," he said.

"Businesses along the main street of Lithgow have been impacted, with some inundation of water and also a lot of leaking roofs and some tree jobs as well so there is a bit of a variety." Police are appealing for public assistance to locate an elderly woman missing from Sydney’s south-west.

Guo Ming Wu, aged 86, was last seen at her home on Sixth Avenue, Campsie, about 10:30am yesterday.

She left for a walk but never returned and her family hold concerns for her welfare as she lives with dementia.

Last night police sent a geo-targeting SMS to people in the Campsie area, asking them to look out for Ms Wu.

She is described as being of Asian appearance, about 150 centimetres tall, of thin build, with shoulder length grey hair.

She was last seen wearing a floral print shirt and dark-coloured pants. She walks with a slight limp and mainly communicates in Mandarin.

A teenager has been charged after allegedly assaulting two paramedics on Sydney's Northern Beaches.

Emergency services were called to Pittwater Road at North Narrabeen last night, after a man was found asleep behind a bus shelter.

Police say the man became verbally aggressive and assaulted two male paramedics after they assisted him into the back of an ambulance.

The 16-year-old was charged and will appear at Children's Court today.