Pro-Ukrainian rallies began to disperse in the city

The situation in Kherson, which has been in the zone controlled by Russian troops for more than a week, has escalated. Pro-Ukrainian rallies there began to be dispersed, today a cell of Ukrainian radicals was detained, and yesterday a pro-Russian activist, businessman Pavel Slobodchikov, was killed. Near the house of the former mayor of the city, Vladimir Saldo, who joined the committee focused on rapprochement with Russia, the car of Slobodchikov, who was Saldo's assistant, was shot. Pavel's wife Natalya is in a serious condition in the hospital. 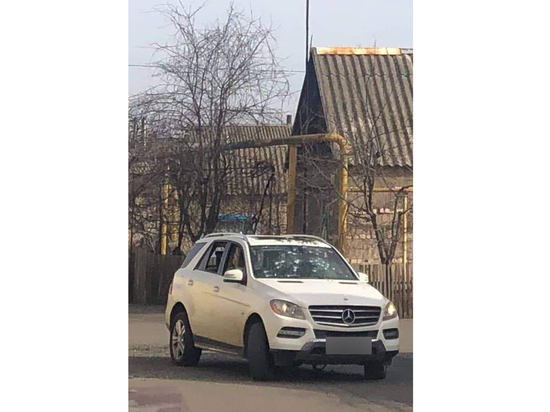 On the Internet, photos have been published in which a white Mercedes-Benz SUV stands in the center of the road in a private quarter. On the windshield of the car – mass of bullet holes. The main version of what happened – politically motivated murder organized by a Ukrainian sabotage group.

“We woke up at eight in the morning from wild, crazy shots. Near «Balance» they shot a white Mercedes. There is a Mercedes, there are no glasses, they killed someone and left, – a resident of Kherson describes what happened in the local telegram channel.

Slobodchikov was born on May 22, 1988. He was the director of the management company “Jardin”. Established in 2016, the organization was engaged in the repair and maintenance of buildings, & nbsp; Natalya's wife was listed as a co-founder in it. Slobodchikov was close to the former mayor of the city Vladimir Saldo, worked as his adviser and driver. He even ran for the city council of Kherson from the Vladimir Saldo Bloc party.

And the former mayor, we recall, recently joined the Salvation Committee for Peace and Order, focused on rapprochement with Russia.

That morning, Pavel was visiting his boss. The murder of Slobodchikov is associated with his pro-Russian position, but on some sites the crime is called custom-made. And it is still unknown whether the killers knew that the former mayor was not in the car. The main target could not be his assistant, but he himself.

“Today there was a murder of a resident of our city of Kherson, — said the chairman of the committee Kirill Stremousov in the social network. —  There was a terrorist attack that took the life of not just a member of the Committee, but a good man who was not to blame for anything. According to him, the governing body will continue its mission no matter what.

Meanwhile, a cell of Ukrainian radicals was detained in Kherson this morning. Young people were preparing “Molotov cocktails”, during a search in their home they found weapons, fascist literature rewritten in Ukrainian style, drugs and symbols of organizations banned in Russia. A number of attacks on Russian servicemen were planned. According to the military, the address of the bandits was given by residents of the city with a pro-Russian position. A few days ago, a stronghold of nationalists disguised as a Red Cross organization was discovered in the city. During the search, they also found weapons and ammunition.