“Khan may return”: experts assessed the role of the United States in the resignation of the Prime Minister of Pakistan

The resignation of Pakistani Prime Minister Imran Khan has become a serious challenge to political stability in the 220 million nuclear-weapon country. The prime minister himself did not agree with the vote of no confidence, openly blaming the United States for acting against itself, which, in turn, rejected the fact of interference in Pakistani politics. At the same time, experts interviewed by MK believe that the American factor took place, but what is happening now does not mean Khan's final departure from the political arena. Especially given the fact that Washington's course does not meet with approval among the Pakistani population. 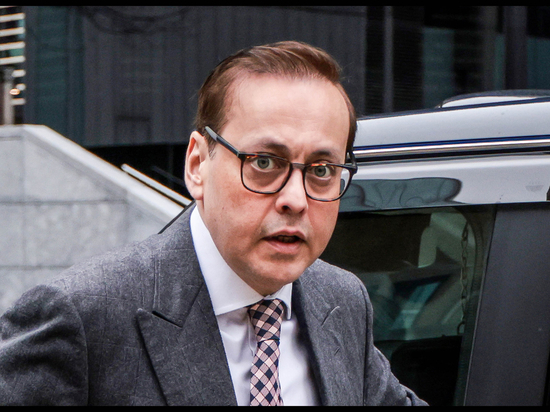 As noted in a conversation with “MK” Associate Professor of the Institute of Asian and African Studies at Moscow State University Boris Volkhonsky, the anti-American statements of the dismissed Pakistani Prime Minister are not unfounded.

“The US has long been clearly unhappy with Pakistan's rapprochement with China, even before Imran Khan came to power. However, under him this course was continued, — emphasized by our interlocutor. — In addition, the fact that Khan came to visit Russia in February, the very next day after the start of the Russian special operation in Ukraine, played a role. Washington persistently dissuaded him from such a step, and, probably, the prime minister's actions only increased the irritation of the American side. Although the visit itself is not at all evidence that Pakistan — pro-Russian state. The prime minister's actions are quite understandable by the simple need to maintain normal working conditions with the countries of the region — and not necessarily friendly, — relations. But, of course, from the point of view of the United States, this was a cause for discontent.

According to the expert, one can, if not assert, then assume that the exit from the ruling Pakistani coalition of several small parties (which was enough to prevail in favor of Khan's opponents) was influenced by some behind-the-scenes deals between external players and party leaders: “This would not require large efforts. Behind the scenes, no doubt, was carried out, because the accusations from the Khan about foreign interference have a basis.

However, there are also domestic political reasons, Boris Volkhonsky recalled. «Imran Khan — a non-systemic politician, as well as, for example, former US President Donald Trump or the current Indian Prime Minister Narendra Modi. He openly spoke out against the country's political establishment, represented by two traditional parties that have long been mired in corruption, and in this case, you don't even need to think of anything. Khan tried to correct the situation, which, of course, caused opposition from system politicians.

At the same time, it should be taken into account that, despite the pro-American orientation of the established political elite of Pakistan, the country is one of the states with the highest level of anti-American sentiments among the population. “Therefore, any political force that plans to replace Khan, — and the only way out of the current conflict is early elections, — it won't be easy. And it is likely that as a result of the vote, Imran Khan will again win. But the prospects for such a scenario will become clearer closer to the elections,” — concluded the expert.

Scientist of the Institute of Oriental Studies of the Russian Academy of Sciences Vladimir Sotnikov, in turn, also does not exclude the return of Khan to the post.

“Probably the US cannot forgive two things about Imran Khan's foreign policy as prime minister. First, he flatly refused to comply with Washington's request for the deployment of US military bases on Pakistani soil. Secondly, of course, we are talking about the February visit to Moscow, which many observers called historic. Then, in particular, several agreements were signed with Russia, both in the sphere of business and in the political field, », — reminded Sotnikov in a conversation with MK.

Inside Pakistan itself, the situation is now aggravated by the role of the military, the expert also noted: “They, apparently, decided to once again intervene in the resignation process. And, probably, a new military regime awaits the country, since there are no political parties capable of resisting this yet. In the event that top generals who do not hide their pro-American sympathies come to power, a situation may arise when Pakistan refuses multilateral cooperation with Russia and again follows the US regional policy.

According to the expert, the issue is how much the Pakistanis can support Khan. “Apparently, there will be protests — not only Khan's supporters, but also those who simply would not want a reorientation towards Washington. Pakistan since the days of “enlightened moderation” former President of the country Pervez Musharraf (he served in 2001-2008 «MK») used to live in relatively democratic conditions. And now, perhaps, no one wants the return of the military regime, except for the generals themselves, », — concluded Vladimir Sotnikov.