It’s time for the Territory to bring back face masks to slow down Omicron, experts and Aboriginal groups say

Both groups said it would be one way of slowing the transmission rate now that COVID-19 is spreading in Darwin and to more remote communities.

"We haven't got a response to that yet," he said.

"And with the opening up of the borders and the relaxing of some of these tests, it is really, really critical.

"The other most important factor is that we have the most vulnerable, sickest Aboriginal population throughout the nation."

So far, the Northern Territory government has only imposed localised mask mandates in Tennant Creek and surrounding communities.

On Tuesday, Health Minister Natasha Fyles said this was a proportionate response, given "we don't have widespread community transmission in the Northern Territory".

The Territory now has 151 coronavirus cases from more than a dozen communities, as well as dozens more presumed Omicron-positive interstate arrivals.

There are 20 people in hospital and one in the ICU.

Darwin's three cases include a doctor.

"In one way, I'm surprised that the figures are not higher already in the Territory," Ms Fyles said.

"You know that the health experts do say that over the coming months, we'll all get COVID."

Brendan Crabb — an infectious disease researcher as well as the director and chief executive of the Burnet Institute — said it was far better to act quickly and early when dealing with COVID-19.

"I don't know when we're going to learn that lesson," he said.

"Especially with non-disruptive measures like masks and mitigating airborne transmission through ventilation, and stepping up our testing regimes."

He said that, although the Omicron variant appeared to be milder than Delta, it was infecting vaccinated people and those who had previously contracted the virus, so the Territory must not be complacent.

Hassan Vally — an associate professor of epidemiology at Deakin University — said he recognised the Northern Territory was juggling a "delicate balance" as it transitioned from strict border controls to attempting to live with COVID-19.

"Living with the virus doesn't mean pretending that it doesn't exist … but it also doesn't mean overreacting to the situation," he said.

Dr Vally said the next three to four weeks would be "critical" for the Territory.

"I think there is a case for being ultra-cautious at this point," he said, pointing to the Territory's unique demographics and large Indigenous population compared to other jurisdictions.

Catherine Bennett — the chair of epidemiology at Deakin University — suggested a mask mandate be introduced now that the Northern Territory had recorded cases in Darwin linked to interstate arrivals.

"I'm not sure that masks are a complete answer, but if you start to see more local transmission occurring, then that will help," Professor Bennett said.

"It at least means people aren't sharing [the virus] across households when they go to the shops."

As COVID-19 continues to spread in the Territory, health authorities have struggled to boost testing rates in the remote town of Nhulunbuy, in north-east Arnhem Land, after it recorded COVID-positive wastewater results on Saturday.

"Even in Nhulunbuy, we have community members who don't have vehicles to [use] the drive-through pandemic testing clinic that's been stood up," she said.

"Our Miwatj teams are also finding it difficult to do the testing house-to-house, because of the high winds and rain at the moment that they've got over there."

So far, no new cases have been recorded in Nhulunbuy, although only 35 tests were conducted in the town of around 3,000 people over the weekend.

"We still aren't aware of whether the wastewater is a positive case in community or if it's someone who's getting over having COVID, returning from interstate, [and] so not contagious," she said.

She said the clinic was encouraging everyone in Nhulunbuy and surrounds to get tested for COVID-19, not just those with symptoms. 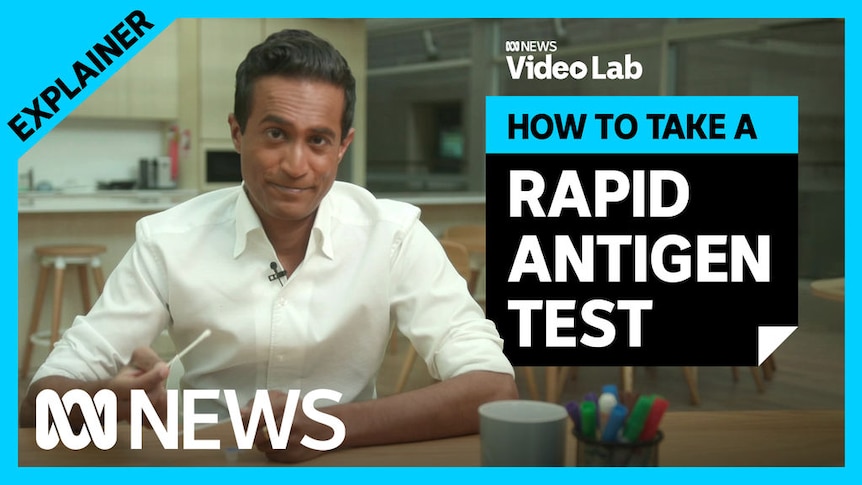 How to take a rapid antigen testWhat you need to know about coronavirus: