Is there such a thing as too much vaccine? Israel, approving fourth shots, may be about to find out

As Omicron blazes across the world, defying health measures and border restrictions, governments have been forced to supercharge vaccination efforts and hospitals have braced for a surge in new patients.

In Israel, where Omicron is yet to gain a significant foothold, public health experts warn the country is less than a week away from a surge of tens of thousands of new infections per day.

With the next wave approaching, Israel has now approved something no country has tried before: issuing a fourth vaccine dose to its most vulnerable people.

A vaccine advisory panel of 80 public health experts last week voted to recommend the fourth dose be given to the country's over-60s and healthcare workers.

With time quickly running out before infections are predicted to swell next week, experts were largely in agreement on the merits of recommending a fourth dose — even without any data to support it.

"But you still have to make a decision."

The billion-dollar question: Will another booster work?

A country of more than 9 million, Israel bet early and heavily on vaccination as a ticket out of the pandemic.

A deal cut between its former prime minister and Pfizer's chief executive last year ensured a supply of millions of doses to widely inoculate citizens into early 2021, much sooner than the rest of the world.

Half a year later, it led the world with its booster campaign, helping to tame its deadly fourth wave of the Delta variant within a matter of weeks.

An initial trial of a fourth dose began on Monday among 150 staff at Sheba Medical Center on the outskirts of Tel Aviv, and should provide health authorities with an early glimpse into its efficacy within just a couple of weeks.

"The billion-dollar question is about the efficacy," said Nadav Davidovitch, a public health professor at Ben-Gurion University who also sits on Israel's expert advisory panel.

When to get a booster shot 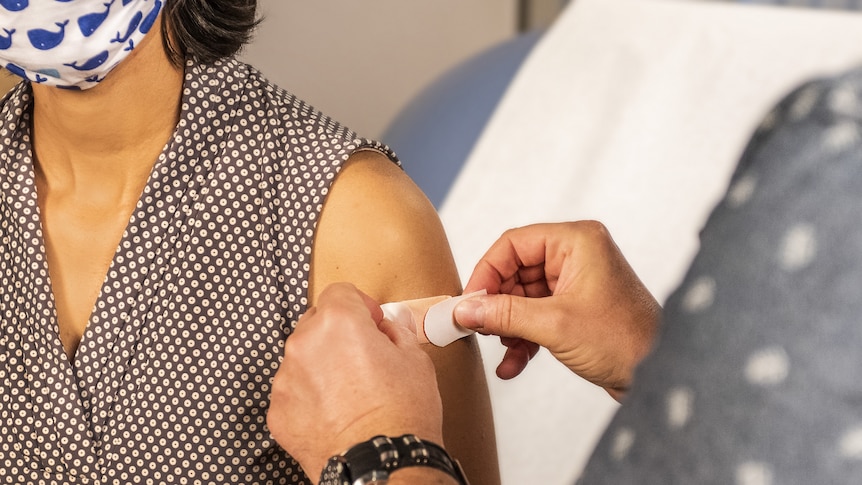 Soon Australians can get a COVID-19 booster shot after four months from the second dose.

However, Israeli researchers have noted a significant fading in immunity among the triple-vaccinated in the four months after the third shot.

Similarly, a briefing published by the UK's Health Security Agency before Christmas suggested booster shots lost up to 25 per cent effectiveness against Omicron after just 10 weeks. Israel has used mask mandates and widespread testing in conjunction with a stringent vaccination program to try to manage COVID. (Reuters: Ronen Zvulun)

The waning of immunity from boosters has not extinguished hopes the fourth shot might give the strongest immune response yet in both the number and quality of antibodies it generates.

But the opposite could also happen. One possible scenario is that the fourth dose doesn't do anything to protect the vulnerable against Omicron in the same way the third did against Delta, according to Daniel Cohen, a professor of epidemiology and preventive medicine at Tel Aviv University.

Another possible downside to a fourth shot is the chance repeated vaccination could somehow wear out the body's immune response, which has been sometimes observed in other multiple-dose vaccines.

"You may get these kinds of tolerability or desensitisation of cells of the immune system," Professor Cohen said, explaining this could make the vaccine impotent against disease.

Those concerns, along with others, are seen by some Israeli experts as less consequential risks weighted against the potential protections a fourth dose could offer in the path of an incoming tidal wave of Omicron — even if that potential isn't grounded in any data.

"The most reasonable thing that can be bad is it won't work," Professor Dagan said.

"If this is the worst scenario then fine, let's go do it."

The approval for the fourth shot is just that.

Meanwhile, other countries will be watching with interest, even as vaccination efforts lag elsewhere and remain uneven globally.

Read more about the Omicron variant:

The data the fourth shot provides could inform other wealthy countries' decisions on whether or not to roll out their own fourth-dose programs.

The coming weeks of Omicron's spread in Israel could also prove important in trying to understand how vaccination might play a role in future management of the pandemic, including the possibility of a fifth dose or more down the track.

"Nobody really knows," Professor Davidovitch said of the potential for more regular boosters.

"But I think that if I'm making an educated guess, probably not." How accurate are rapid antigen tests?