Is telling the truth too much to ask of our politicians?

The notion that politicians tell lies has come to be regarded as a universal truth.

Public trust in Australia's politicians has been low for most of the past decade, according to analysts.

Further eroding faith in the political class has been a growing belief that our leaders are frequently loose with the truth. Dr Williams points out "bending the truth" in politics is nothing new, and that some lies are forgiven and forgotten quicker than others.

But with a federal election expected sometime in the first half of next year, truth itself might be about to become a key election issue.

Weeks later, on the sidelines of the G20 summit in Rome, French President Emmanuel Macron accused Mr Morrison of lying over the matter.

It was an accusation flat-out rejected by Mr Morrison.

Space to play or pause, M to mute, left and right arrows to seek, up and down arrows for volume.WatchDuration: 2 minutes 34 seconds2m 34s 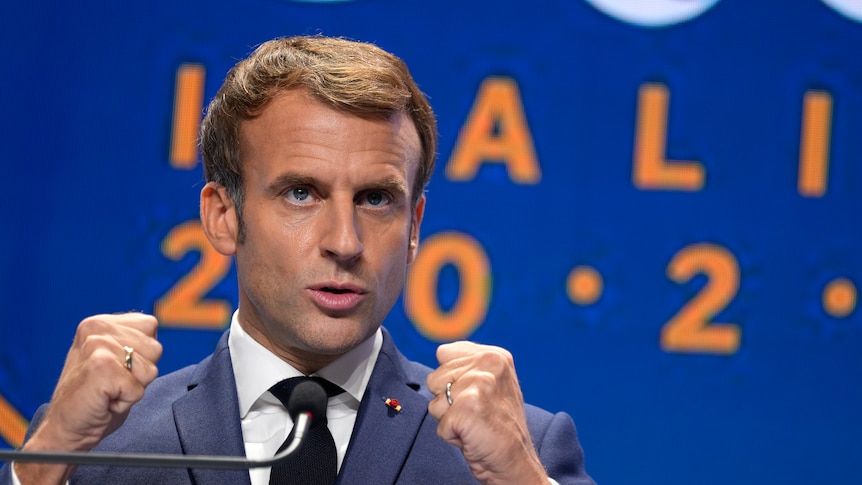 Will Australians punish the government if they believe Mr Morrison lied to Mr Macron? Probably not, according to Dr Williams, who points out that international relations rarely impact on federal elections.

But it has thrown nuclear fuel on a fire that has been persistently scorching Mr Morrison's credibility.

Dr Williams said such incidents were typically weighed against a government's political record.

"Deceptions, hypocrisy – on green vehicles for example – on his obsession with image-making from the bushfires on, that has come to define the Morrison prime ministership." The federal government has announced its long-awaited strategy on electric cars — but it won't be setting a date for the country to go all-electric.

But given the brutal nature of politics, both inside and outside the party room, do we ask too much of our political leaders by expecting them to be honest?

In Queensland, political columnist Dennis Atkins points out there are "myriad examples" of politicians who said one thing before an election then did something else afterwards.

"Mostly, politicians get away with it," he said.

Former Liberal prime minister John Howard famously coined the phrase "non-core promises" for those he chose not to honour.

As Atkins notes, it occurs on all sides of politics.

"Probably the most glaring example of that in recent history was Julia Gillard's comment that, 'There will be no carbon tax under a government I lead,'" Atkins said.

"Then straight after the election, she did a deal with the Greens which included a carbon tax. That haunted her and she paid dearly for it."

The notable difference for Mr Morrison is that accusations of lying have been coming well ahead of the election.

Given the combative nature of politics and the need for rhetorical flourish, is it simply too much to expect that our politicians remain truthful?

University of Queensland (UQ) philosophy professor Deb Brown argues there has never been a valid reason for a public figure to lie.

"Because what's fundamental to being a human is being rational, and what it is to be rational is, when you're forming your beliefs, to aim at the truth," she said.

"Getting your beliefs right is pretty fundamental to acting well as well.

"You see this a lot at the moment with the kind of distrust that there is in expertise, whether that be scientific or medical … where people don't really know who to believe and just rely instead on their own beliefs and opinions.

"But when public officials lie, that's really high-stakes lying. because that undermines the fundamental relationship of authority between people and their elected officials, which is at the heart of the legitimacy of the state." 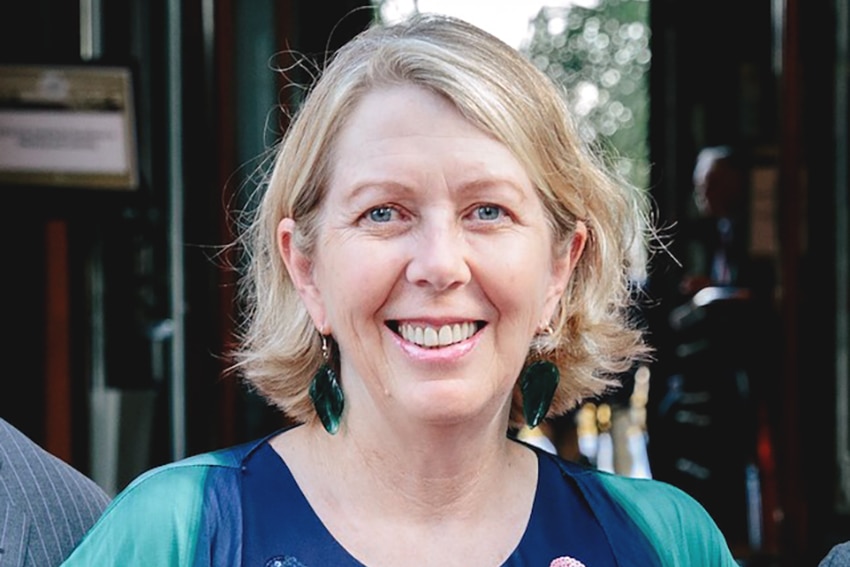 Professor Deb Brown says there is never a valid reason for politicians to lie.(Supplied: UQ)

Professor Brown said elected politicians are empowered with "our voice".

She said this was often excused by the argument that some lies are justified.

"And some lies probably are, right? If the Nazis come knocking at your door, by all means lie.

"But that's because you don't have an agreement with the Nazis."

She said there was also a sharp distinction between lying at a personal level versus lying in public office.

"In ordinary cases, say if we lie to a child or something or withhold the truth because we think somebody is going to be distressed, in those kinds of cases we don't have that same relationship of having been authorised to tell the truth.

Professor Brown said the relationship of authority should bind public officials to the highest standards of truth, arguing it is fundamental to the legitimacy of the state.

"As soon as you start to think just in terms of what's prudent for you and putting aside trustworthiness, it all falls apart.

"You need to be both prudent and trustworthy to really reap the advantages of morality, and you only get it by aiming at morality."

The rhetorical road to untruth

Professor Brown draws a distinction between lying and "bullshitting", as noted by philosopher Harry Frankfurt in his 2005 book, On Bullshit.

"In the case of a lie, when I lie I know something to be false … and I utter it sincerely anyway with the intention of deceiving," she said. Donald Trump is a liar by his own admission, Professor Brown said.

"When I'm bullshitting, it's even worse in a way because I have a complete disregard for the truth.

"Trump just would admit to this kind of stuff all the time … saying whatever in that moment carries some political advantage.

"That's a case where you don't know one way or the other whether something is true and you don't care."

'I saw it as simply being honest'

Professor Brown is director of the UQ Critical Thinking Project, which works with schools to help students and teachers embrace critical thinking.

"We're trying to build this culture which values truth and truth-seeking behaviour," she said.

Professor Brown said the key was being comfortable with doubt and uncertainty, and feeling free to change position if evidence or new information required it.

Lies, she said, too often emanated from the fear of appearing either wrong or indecisive.

Atkins points to former Queensland premier Peter Beattie as a "shining example" of a politician who knew how to be "shamelessly contrite" about his own shortcomings.

"His forthrightness with the public about what he was doing and his willingness to admit when he'd made an error or changed his mind stood him in great stead," Atkins said. 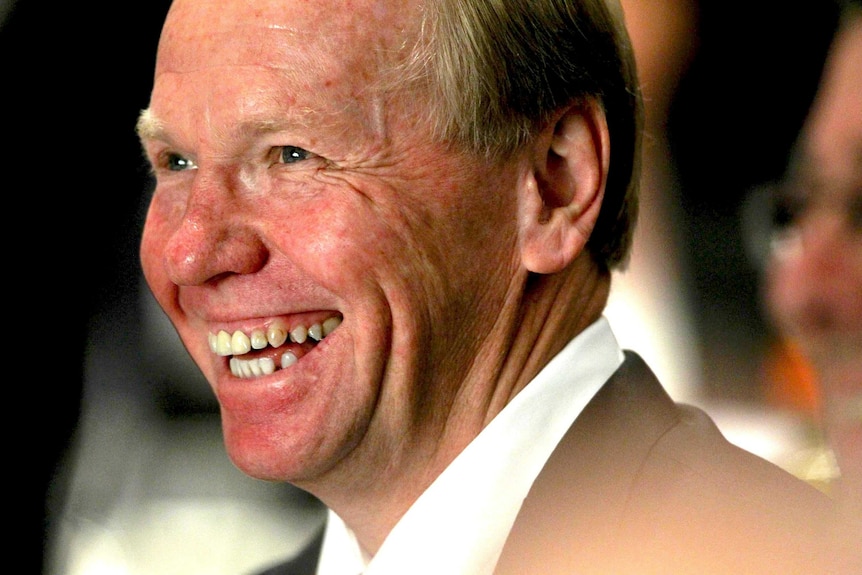 For his own part, Mr Beattie said too many politicians are "cowards" and "too scared" to explain a shift of position.

"I don't think there are any circumstances where lying or misrepresenting a circumstance is acceptable," Mr Beattie told the ABC.

"I think the key to it is to explain difficult circumstances.

"What's really important though is that there needs to be objective reporting of these things."

Dr Williams agreed pressure on politicians was ramped up by "gotcha journalism" aiming to catch them out.

"But for politicians to be true to their electorate," Mr Beattie argued, "they have to be honest and it's not unreasonable for the community to expect that those they put faith in will act honesty and act with integrity.

"It's very hard to be honest in public life because of social media, but politicians are required to have a higher standard and they need to aim for that.

"I used to get attacked because I would often, if we made a mistake, I would apologise and explain that we would try to get it right and get it better.

"Now there were some people who saw that as being cynical — I saw it as simply being honest."

In late October, Independent federal MP Zali Steggall tabled the so-called Stop The Lies bill aimed at legislating for honesty in political advertising, but it has failed to attract widespread support from any of the major parties.

In the end, it might be unrealistic to expect we can ever end lies in politics. Dr Williams points out politics is the art of rhetoric, and that from here the truth can become highly subjective.

"Politicians do not make policy off their own back, policy is made through feedback loops, through powerful people in the community.

"Politics is the art of persuasion more than just anything else, in order to get to the point where legislation is produced.

"The basic art of public relations is not rocket science, it's mere flower arranging. You put your pretty blooms in the front and your ugly stems at the back."