“Hit! Hit her! ” Who was shot in the case of Zoya Kosmodemyanskaya and why? 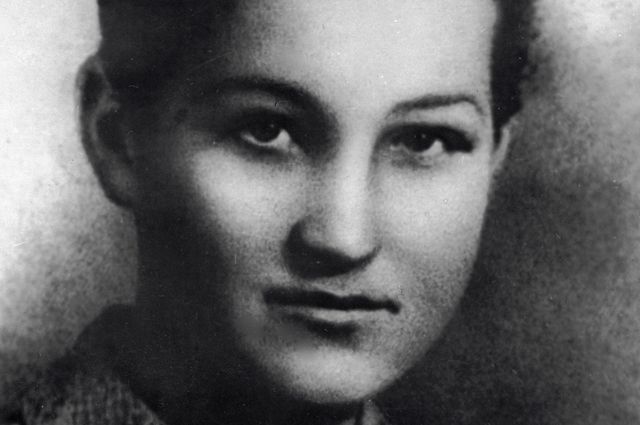 On November 29, 1941, a girl was executed in the village of Petrishchevo near Moscow. Neither the Germans nor the locals knew her real name. Calling herself Tanya, she steadfastly withstood all the torments and until the last minute told the locals: “ We will win anyway. ''

“ They hung her up, but she kept threatening them … ''

The journalist, shocked by this story no less than an elderly peasant, will begin his investigation, which will reveal the name of the heroine to the whole country: Zoya Kosmodemyanskaya .

Nothing ended on that terrible November day. The fight against those who would like to execute Zoya again continues to this day. How many insults she was subjected to, what myths they did not invent about her …

On the occasion of the 80th anniversary of the death of Zoya Kosmodemyanskaya, Russian historian Boris Sokolov In an interview with the Znak portal, he said: “ Two residents of the village of Petrishchevo were shot not because they betrayed Zoya, but because they beat her and scolded her for the fire that had started, because of which their houses were damaged. I think that the execution was an excessively harsh punishment for them, even by the standards of that time. Maybe they could have been exiled. But to shoot & mdash; this is overkill. ''

Who exactly and for what was shot in the case of Zoya Kosmodemyanskaya?

The end of the 332nd regiment

Soviet intelligence found that units of the 332nd infantry regiment of the 197th infantry division were stationed in the village of Petrishchevo. The regiment was commanded by Lieutenant Colonel Ludwig Rüderer … According to one of the versions, Rüderer personally participated in the interrogations of Zoe and gave orders for torture. This information, however, is not confirmed. But it has been reliably established that Zoya Kosmodemyanskaya was tortured and hanged by soldiers and officers of the 332nd Infantry Regiment.

In the fall of 1943, in the battles near Smolensk, the 197th Infantry Division of the Wehrmacht was defeated.

Military correspondent of the newspaper “ Forward to the enemy! '' Major Valleys wrote on October 3, 1943 about the fate of the 332nd regiment: “ In the battles near the village of Verdino, the German regiment of our Zoya's executioners was finally defeated. Hundreds of Hitler's corpses were left in torn up bunkers and trenches. When the captured non-commissioned officer of the regiment was asked what he knew about the execution of the young partisan, he, trembling with fear, babbled:

& mdash; It was not me who did it, it was Rüderer, Rüderer …

Another soldier captured the other day during interrogation stated that in the 332nd regiment from those who were near Moscow, participated in the execution of Zoya Kosmodemyanskaya, only several people … & raquo;

In the same place, near Smolensk, previously unknown evidence of the massacre of Zoya was found. In the area of ​​the village of Potapovo, when examining the corpse of a killed German officer, five photographs were found. They depicted the execution of the girl in all details.

The division defeated near Smolensk was reorganized by the Nazis, but did not last long. The 197th Division and its 332nd Infantry Regiment were finally defeated in the summer of 1944 during Operation Bagration.

Traitor in the squad

In addition to the Germans, four of our compatriots are directly related to the case of Zoya Kosmodemyanskaya: Vasily Klubkov , Semyon Sviridov , Agrafena Smirnova and Fedosya Solina .

Kosmodemyanskaya and Klubkov were captured by the Germans, but the young man, unlike Zoya, began to testify, and then completely agreed to cooperate with the Nazis. Historians argue about whether Klubkov gave evidence to the fascists about Zoya or not, which he later personally confessed to. The fact of his consent to cooperate with the Germans is indisputable. After undergoing accelerated training, Klubkov was thrown into Soviet territory, where he soon showed up at the headquarters of his detachment, saying that he had managed to escape after being detained by the Germans.

Klubkov was caught on contradictions in his testimony, and at the end of February 1942 he was arrested. During the interrogation, the 18-year-old boy confessed honestly: he agreed to cooperate with the Germans, because he was afraid of being shot. On April 3, 1942, the military tribunal of the Western Front sentenced Vasily Klubkov to death. Thirteen days later, the sentence was carried out.

Semyon Sviridov, before the war, a lumberjack at the Vereysky forestry enterprise, became the elder under the Germans. By the way, not everyone who was appointed as headmen was in reality traitors. Sometimes the peasants in this position managed to help the partisans, risking their own lives. But Sviridov was a classic headman who collaborated with the Nazis, as they say, not out of fear, but out of conscience.

In the testimony given in May 1942, Semyon Sviridov said: “ The German translator called me to the headquarters of the German command, which was located in my house, tied a white bandage on my left arm and told me to be on duty at night near my house and watch the partisans leaving the forest and heading towards the village, while warning me: “ As soon as you notice the partisans, immediately report to the headquarters of the German command ''. Having received this instruction, I set out to carry it out. I was on duty only in the vicinity of my house, in the garden between the trees. I stood for about two hours, I noticed one partisan coming from the forest from Tarusa (swamp) towards the village. I waited a little, when he came closer to the shed in which the German soldiers were housed, and immediately reported this to the headquarters of the German command to the translator, the latter sent a detachment of soldiers who surrounded the shed and detained the partisan Tanya (Zoya Kosmodemyanskaya) there, brought her to the house of Sedova Maria Ivanovna & raquo ;.

About the remuneration Sviridov said the following: “ I did not receive any other remuneration from the Germans besides the wine treats. ''

“Come on, I'll show you who burned you.”

There are two left: Agrafena Smirnova and Fedosya Solina. What is their role in this story?

Residents of the village of Petrishchevo talked about this moment very reluctantly. Rather, at first they generally passed over this topic in silence. But then they still let it slip: over the “ partisan Tanya '' not only the Germans mocked.

Everyone who was present at the execution of Zoya became witnesses of the act of Agrafena Smirnova. When the Germans brought the mutilated girl to the scaffold and she began to talk about the need to fight the Nazis, Smirnova hit her in the legs with a stick, shouting: “ Who have you hurt? She burned down my house, but did nothing to the Germans … & raquo; & nbsp;

Agrafena Smirnova was the mistress of one of the houses that were set on fire by a partisan in the village of Petrishchevo. From the first day of the occupation of the village, German officers were located in Smirnova's house.

In her testimony at the investigation on May 12, 1942, the woman described her actions as follows: “The day after the fire I was at my burnt house, citizen Solina came up to me and said:“ Come on, I'll show you who burned you. ” After these words she said, we went together to the house of Petrushina. Entering the house, we saw the partisan Zoya Kosmodemyanskaya, guarded by German soldiers, and Solina and I began to scold her, except for swearing at Kosmodemyanskaya, I swung my mitten twice, and Solina hit her with her hand. Further, Petrushina did not allow us to mock the partisan, who kicked us out of her house. ''

59-year-old worker of the collective farm “ March 8 '' Fedosya Solina herself was not a fire victim. Two other owners of houses burned down in Petrishchev & mdash; Solntsev and Karelova, & mdash; they did not take part in bullying the girl. The Germans brought Ivan Solntsev to Zoya and said: “ Hit her! '' The elderly man did not raise his hand against the partisan, although the reaction of the Nazis to their unwillingness to participate in the execution was unpredictable. On the other hand, Smirnova and Solina broke away in full.

From the testimony of the witness Praskovya Petrushina (Kulik) : “ At about 10 pm German soldiers brought a beaten Russian young girl to my house, as it later turned out, it was Zoya Kosmodemyanskaya. She spent the night in my house, guarded by German soldiers. The next morning, Smirnova Agrafena and Solina Fedosya came to my house, and as soon as they entered, they began to scold and insult in every possible way the exhausted Zoya Kosmodemyanskaya lying near the stove, approaching her to hit her. I did not let them near Zoya and began to drive them out of the house. Smirnova A. before leaving the house took the cast iron with slops on the floor and threw it into Zoya Kosmodemyanskaya. After a while, even more people came to my house, with whom Solina and Smirnova came a second time. Solina F.V. and Smirnova A. made their way through the crowd of people to Zoya Kosmodemyanskaya, and then A. Smirnova began to beat her, insulting her with all sorts of bad words. Solina F.V., being with Smirnova, waved her arms and shouted angrily: & bdquo; Beat! Hit her! '' While insulting with all sorts of bad words the partisan Zoya Kosmodemyanskaya lying near the stove. ''

Not everyone saw the disgusting scene in the house, unlike the mockery at the scaffold.

Journalist Pavel Nilin , who was present at the trial of Agrafena Smirnova, wrote in the essay “ Meanness '': “ She stands before the tribunal, blinks from the sun, moves her lips, exposing yellow, eaten, time-worn fangs, and, confused, gives testimony.

& mdash; I did not beat her, citizen judge. They are making a slap on me. I didn't hit her. I just hit her with my mittened hand. And the cast iron was small with slops. This, just to say, the iron was average. I stood near the bench where she was lying, and I cried over her tearfully. I was very sorry.

& mdash; Whom did you feel sorry for? & mdash; the judge asks.

& mdash; Well, what about whom? I felt sorry for my house. It burned down, but what about … ''

And then, according to Nilin, the defendant said the following: “ If only we knew, citizen judge. We are ignorant, inexperienced, illiterate. ''

Solina and Smirnova in November 1941 were sure that the end of Soviet power had come, and decided to commit their little revenge. Who exactly did they take revenge on in the person of Zoya: the regime, Stalin , their own dissolute life? & Nbsp;

When at the turn of the 1980s & mdash; In the 1990s, the debunking of Soviet heroes began, they clung to the story with Solina and Smirnova with both hands. It was even claimed that the inhabitants of the village of Petrishchevo were going to lynch the partisan arsonist themselves. But these statements had nothing to do with reality.

The peasants perfectly understood what kind of houses and why Soviet partisans were setting fire to. So the discussion about the admissibility and effectiveness of such measures began not in 1941, but decades later, and among those who very vaguely imagined the true realities of the time when the enemy stood at the walls of Moscow.

The cost of human meanness is peacetime and wartime are different. Agrafena Smirnova was sentenced to death on June 17, 1942, Fedosya Solina & mdash; September 4, 1942.

They had a choice, and they decided their own destiny & mdash; then, in November 1941.

By the way, the name of Fedosya Solina can be found in the data bank of the Memorial organization recognized by the foreign agent; among the “ victims of political terror in the USSR. ''