Ghislaine Maxwell will appeal her conviction for setting up teenage girls to be sexually abused by Jeffrey Epstein, but experts say she will struggle to clear the high legal bar needed to overturn the verdict.

US District Judge Alison Nathan dealt several blows to the defence during the month-long trial, including denying a request to have some witnesses testify anonymously and another to block lawyers for two of the accusers from taking the stand.

Legal experts said Maxwell's lawyers were likely to cite such rulings in any appeal of her conviction on five of six counts, including sex trafficking, by a jury in federal court in Manhattan.

But to succeed, her lawyers would have to show that Judge Nathan violated federal rules of evidence or abused her discretion.

The enigma of Ghislaine Maxwell's trial

Ghislaine Maxwell’s trial has revealed her deeply weird and luxurious former life, but the mystery at the core of this saga may never be solved.

"We have already started working on the appeal, and we are confident that she will be vindicated," Maxwell's lawyer Bobbi Sternheim told reporters on Wednesday, without going into specific legal grounds.

Even if an appellate court agreed that Judge Nathan made a mistake, Maxwell's lawyers would need to show that it mattered to the outcome of the case.

An avenue of appeal for the defence might be to argue that the testimony of Kate, one of the accusers, was improperly admitted.

The defence also objected to Judge Nathan's instruction to the jury that they could find Maxwell guilty if she deliberately ignored evidence of Epstein's wrongdoing, a legal concept known as "conscious avoidance".

Three of Maxwell's four accusers testified under pseudonyms or used only their first names to protect their privacy as victims of sexual abuse.

But Judge Nathan said privacy concerns did not apply to the defence witnesses because none of them intended to testify about sensitive personal topics or sexual conduct. 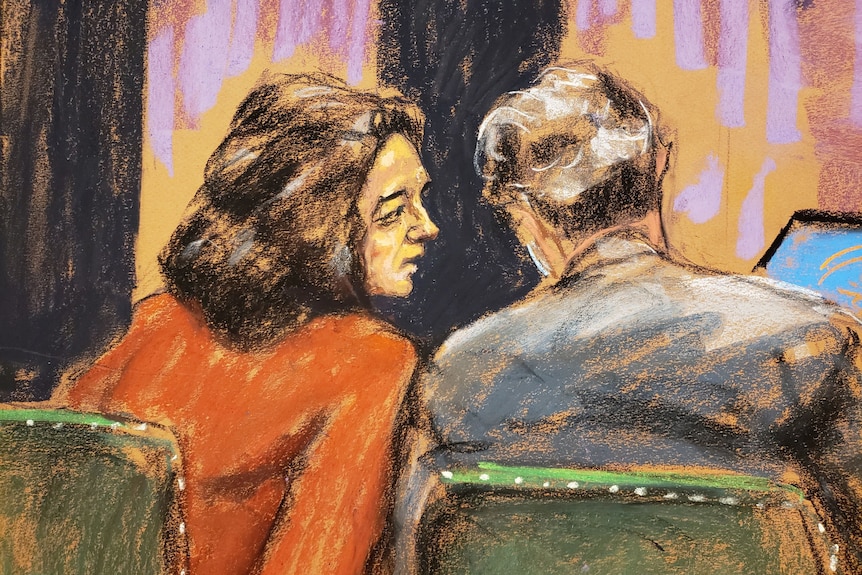 Maxwell has several avenues to appeal the conviction.(Reuters: Jane Rosenberg)Family stand behind Maxwell

She was acquitted of enticing a minor to travel to engage in illegal sex acts but faces up to 65 years in prison for the five charges she was convicted of. She also faces two perjury counts that will be tried separately.

Judge Nathan did not say when she would be sentenced.

Maxwell is the daughter of British media tycoon Robert Maxwell, who was found dead floating in the sea near his yacht — named the Lady Ghislaine — in 1991.

Her siblings said they still believed she was innocent, issuing a statement saying they would support her efforts to appeal her conviction.

"We believe firmly in our sister's innocence. We are very disappointed with the verdict,'' the statement said. Prosecutors say many of Epstein's encounters with teenagers began as massages before escalating, calling the term "massage" a "ruse" to get girls to touch Epstein.

"We have already started the appeal tonight, and we believe that she will ultimately be vindicated."

The jury's verdict capped a month-long trial featuring sordid accounts of the sexual exploitation of girls as young as 14.

Four women testified that they were abused as teenagers in the 1990s and early 2000s at Epstein's homes in Florida, New York and New Mexico.

Each charge carries a maximum prison term of five to 40 years.