At the entrance to the city administration building, which is being stormed by protesters, several explosions occurred in a short period of time 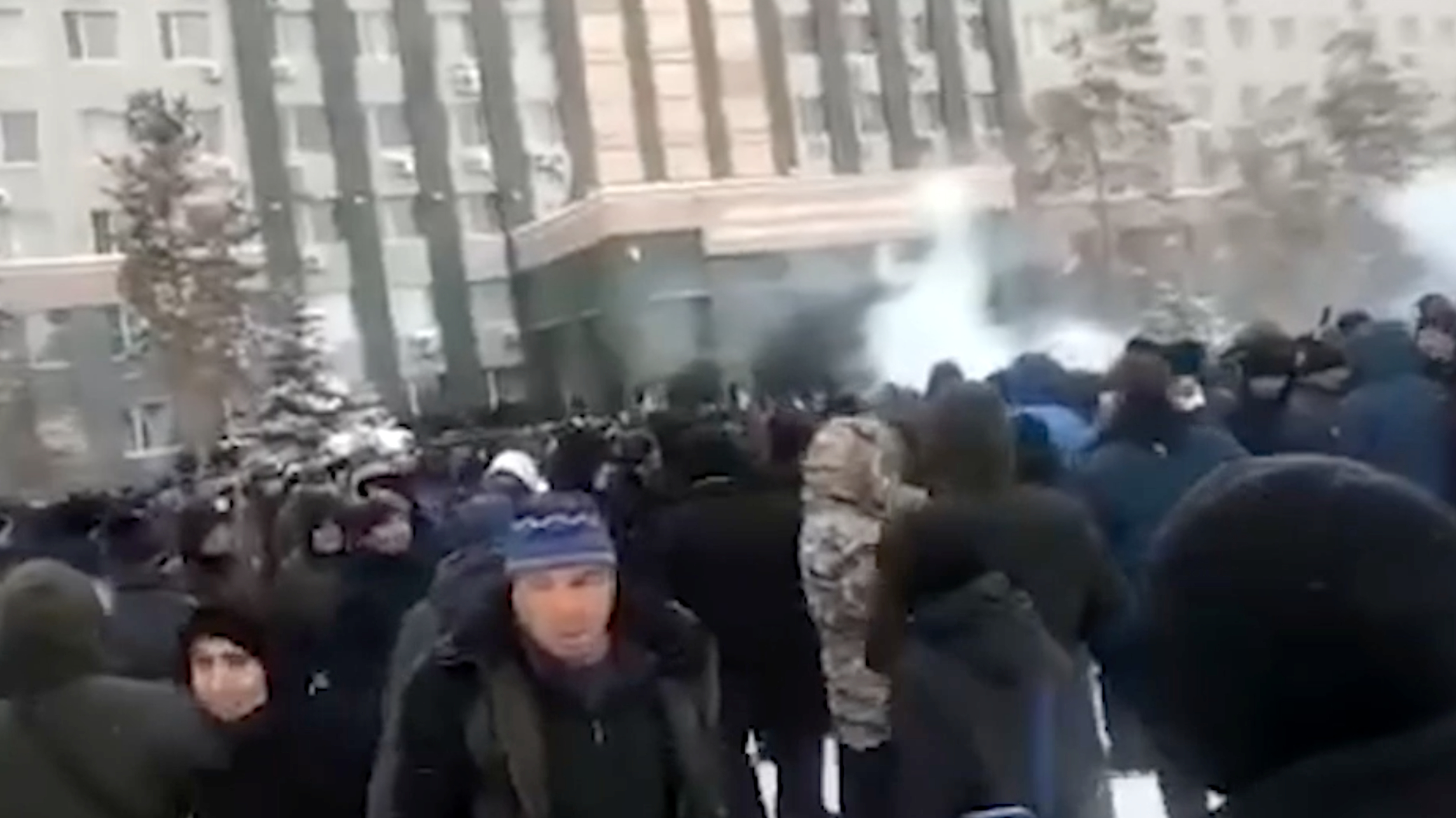 Previously, law enforcement forces used flash-noise grenades against protesters in Aktobe, as a result of which one person was injured. reported by ZTB.

Mass protests in Kazakhstan began after the rise in prices for liquefied gas for cars & mdash; since 2022, this product has become completely exchange-traded and the state has removed itself from regulating prices for it. On January 2, the centers of protests were the cities of Zhanaozen and Aktau of the Mangistau region. The protesters were outraged by the rise in prices from 60 to 120 tenge (from 10 to 20 rubles) per liter, which the Ministry of Energy explained by the increase in consumption at the same level of production.

The government promised to reduce the price, the owners of the gas stations reported that they had lowered it, but the protests did not stop, but, on the contrary, spread to new regions of the country. The resignation of the government, announced by President Kassym-Jomart Tokayev on January 5, did not calm the protesters.

Riots and clashes continue in many cities of the country, protesters are storming administrative and state buildings. In Alma-Ata, they seized the city administration building and the old residence of the President of Kazakhstan. The residence is not the main one, but after the transfer of the capital from Almaty it retained its status. This building is included in the list of monuments of history and culture of Kazakhstan and is subject to state protection. The capital of Kazakhstan is Nur-Sultan, there is also the main residence of the president.

In four regions of the country, including the capital Nur-Sultan, the authorities have introduced a state of emergency, a curfew has been declared, freedom of assembly and movement, other restrictions have been introduced.