“Does not pretend to be a political figure”: Naina Yeltsina is 90 years old

On March 14, Naina Yeltsina will celebrate her 90th birthday. It is clear that not all compatriots will meet the news of this anniversary with delight. Such is she, the female share, the share of all first ladies – to share with her husband both the joy of victories and the bitterness of defeats. And Boris Yeltsin had, to put it mildly, no less of the latter than of the former. However, in fairness, Naina Iosifovna bears much less responsibility for her husband's policy than many other second half of the first persons. 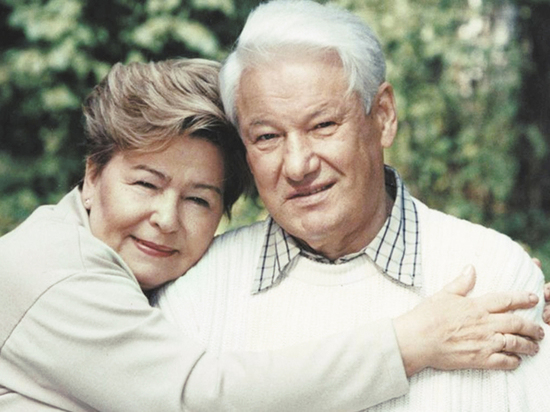 She was not a political wife. She was just a wife. Unlike, for example, the last first lady of the USSR. By the way, the irritation that Raisa Gorbacheva caused among the broad masses of Soviet workers with her too independent, defiant, in the opinion of the masses, behavior was not alien to the first President of the new Russia. Although, perhaps, not quite good feelings that Boris Yeltsin had for her husband, his “bosom” political enemy, simply spread to Raisa Maksimovna. Husband and wife, after all, as you know, one Satan.

“I don’t want to be gloating at all, to say some offensive words “after her,” Boris Yeltsin wrote about Raisa Gorbacheva in his book Notes of the President (1994). – But I know perfectly well that it was from the Gorbachev era that our women had a special, irritated attitude towards the “first lady”. And now, willy-nilly, they compare them with Naina … When Gorbachev came from work to the dacha – the guards told me about this – Raisa Maksimovna met him at the house and drove around – one, second, third circle: she relieved stress from her husband. This is a very important detail. During these walks, he told her all his day, literally to the minute. Thus, Gorbachev's wife was not only in the know, she was aware of everything. And sooner or later this could not but affect – and affected – his attitude to people, to appointments, to politics in general.

By and large, such a characterization – a retelling of rumors and gossip about relations within the family of the defeated leader of the USSR – exposes Yeltsin himself much more than the Gorbachev couple. Gives, in the words of the hero of a famous comedy, “such hostility towards the victim that I can not eat.” But this “holy” feeling was clearly mixed with the bewilderment of a person whose family is arranged in a completely different way. Whose wife knows her place and never “swims over the buoys.” And who sincerely does not understand that it could be otherwise.

“Naina does not pretend to be a politician, she never interferes in politics and she never gives me political advice,” the first President of Russia wrote further. – When I come home, sometimes my wife and daughters, too, turned on by TV, newspapers, news, rumors, rush with questions and exclamations: dad, how is it, but how is he, and what are you … I have to stop them quite abruptly : leave me alone, I don't need politics at home.”

True, Yeltsin nevertheless acknowledged the existence of “applicants who convey to Naina Iosifovna requests, notes, various projects.” He explained his wife's compliance by the fact that she simply cannot explain to strangers: this is pointless, her husband will not listen to her. Boris Nikolayevich did not develop this topic further, apparently considering that it was already obvious: the “requests, notes, various projects” handed over to his wife had no further progress.

But there is another opinion on this matter. According to, for example, the former head of the Presidential Security Service Alexander Korzhakov, Naina Iosifovna interfered in politics quite regularly. Here, for example, is an episode from his memoirs dedicated to the famous “photocopier box” case of 1996 (two employees of Yeltsin’s campaign headquarters, Sergei Lisovsky and Arkady Yevstafyev, were detained at the exit from the Government House with more than half a million US dollars): “Barsukov was not allowed to lie down. Naina Iosifovna, the president's wife, called incessantly and demanded the release of the detainees. At half past one in the night, Misha exploded: “Naina Iosifovna! I can't do anything right now! I can't even call anyone because you're always on the phone.” 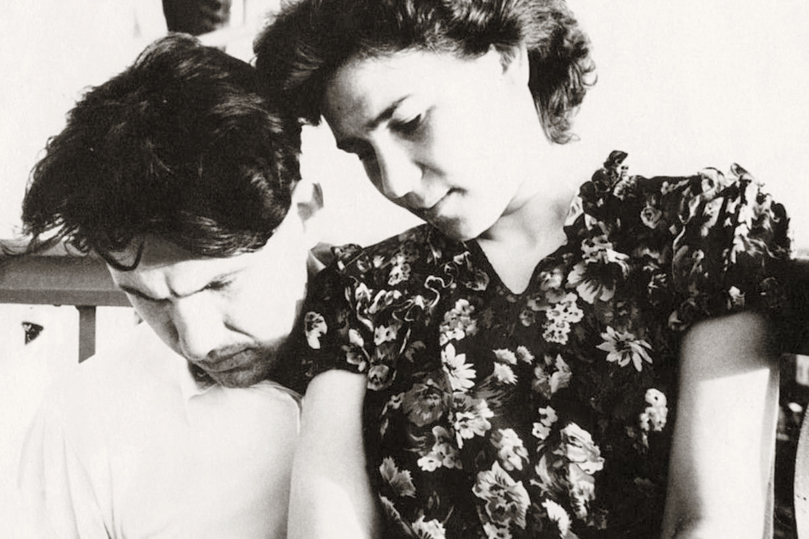 And this is far from the only evidence of this kind. Although, it must be admitted, all these testimonies come from people who were in conflict with Yeltsin and cannot be considered impartial witnesses in this way. However, Boris Nikolayevich himself cannot be attributed to the same category.

Where is the truth? Most likely, the first lady gave some advice and recommendations of a political and administrative nature to both her husband and his subordinates. Still a living person. And besides, a person with very thin, as they say, skin. Very emotional, with very great empathy, very sensitive to any, as it seemed to her, injustice. Yeltsin himself writes about these character traits of Naina Iosifovna in sufficient detail.

“When I was the first secretary of the regional committee, she came home after work completely upset,” Yeltsin recalled. – He goes out into the corridor at lunchtime, and deliberately loud conversations begin all around: no, you look at what a disgrace is happening, housing is not rented out on time, the oil in the store is gone! And everything like that. Borya, he says, I really go to grocery stores – this is not there, that is not there. And it's in the center. And on the outskirts? .. The wife generally perceives everything very acutely. I remember when it became clear that Gaidar had been filmed, I could not calm down, I called him at home, and when I heard his calm voice, I cried … “

But it is also obvious that Naina Yeltsin did not play any independent political role in Yeltsin's Russia. All her “political activities” are either emotional outbursts or attempts to help the “petitioners” – those of the high cabinets that are on the thresholds who, in her opinion, needed this help. The latter, probably, is not good: it is not a fact that all such cases of mediation and intercession benefited the state. But, firstly, the decision was still not made by her. And secondly: who is without sin?

Moreover, this sin – well, if you consider it a sin at all – was completely compensated by her other qualities. The same Korzhakov, with all his negative attitude towards Naina Yeltsin, admired the way she behaved on foreign trips: “She had the wives of other presidents with her charm. Naina knew how to behave impeccably. I marveled at her ability to find a common language with complete strangers. The wives of high-ranking people, as a rule, are quite simple, sweet women. And if they see that they are treated kindly, without arrogance, protocol stiffness disappears instantly.

Her husband, of course, wrote about the same thing – in even more excellent tones: “To be honest, I did not even expect before how naturally she was able to behave in the most difficult circumstances. Once in the museum, she calmly admits: this is the artist I see for the first time, I know this, I like him, I have only heard about this, but this is my favorite painting. And those compliments that I was told about her, first of all, boiled down to the fact that she is an amazingly natural person who is not afraid to be herself. She sincerely admires what admires her, sincerely resents if it comes to some unsightly act. And this sincerity is pleasant to the people who accept it, it helps to easily find a common language.”

These testimonies can be trusted. And not only because both camps converge on this point – both Yeltsin and his enemies. The main thing is that this part of the life of the presidential couple took place under television cameras – the whole country could watch her. However, one can hardly doubt the following confessions of Boris Nikolayevich, even if we are already talking about a sphere closed from prying eyes: “Naina gave me so much mental and physical strength that I don’t have enough words to talk about it. Without her, I would never have weathered so many political storms. Didn't survive. Not then, in 1987, not in 1991, not later.”

Her main mission in life was to be a good, caring, loving wife to her husband – and she brilliantly coped with it. Is it good or bad that the mission was limited to this? The question is moot. Considering our history and the peculiarities of our national policy, perhaps it is still bad. “If people like Naina did politics, we would have a different policy,” Yeltsin wrote. Clearly alluding to the fact that this policy would be much better than the one he himself cultivated. More humane, humane.

But the point here is not only and not so much in the excellent personal spiritual qualities of Naina Iosifovna. It's just that in our historical system of power, not spoiled, to put it mildly, with checks and balances, the wife of the first person becomes, in fact, the last barrier protecting the country from rash, reckless decisions. From political adventurism. Naina Yeltsina has never been such a defense. Neither in 1991, nor in 1993, nor later … And it's a pity. Perhaps then we would have a completely different country.