Cricket Australia's chief executive, Nick Hockley, has stopped short of offering an apology to Australian under-19 cricketers following allegations of sexual abuse on the team's 1985 tour of India and Sri Lanka.

Mr Hockley also rejected suggestions that the governing body had mishandled the affair, claiming its response was "best practice".

Asked whether players from the 1985 Australian Under-19s tour were owed an apology from the governing body, Mr Hockley told ABC Sport, "I think we owe it to them to support them as best as we can," adding that players would be offered access to Cricket Australia's employee assistance program.

Last Sunday, an ABC Sport investigation revealed that Australian cricketer Jamie Mitchell had returned from the 1985 Australian under-19s tour of the subcontinent and alleged that he had been sexually assaulted by "someone in authority" on the tour.

The matter is now the subject of an Australian Federal Police (AFP) investigation. 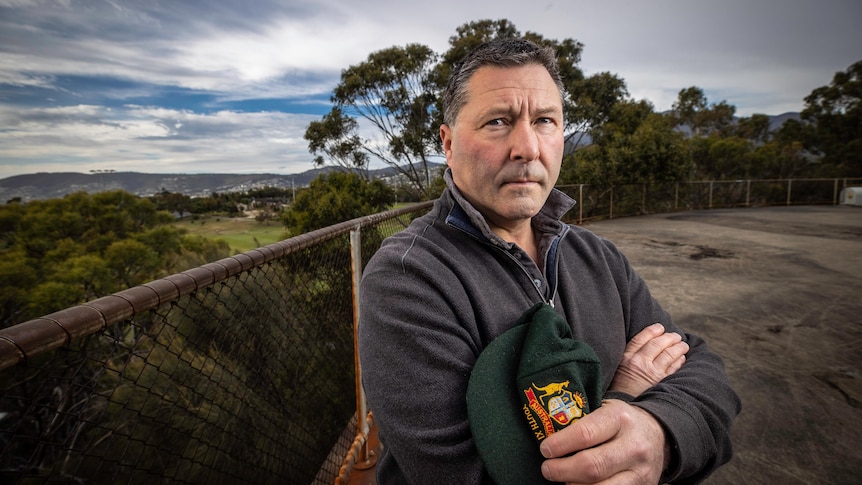 Jamie Mitchell was a cricketing star on the rise in the 1980s. But since returning home from a tour of India and Sri Lanka, broken in body and mind by his experiences, Mitchell has been searching for answers on what happened.

It was only three months later — after the Tim Paine scandal — that Mr Mitchell heard from Cricket Australia again, with its integrity department chief offering access to support services.

Mr Hockley has since expressed regret about his handling of the phone call to Mr Mitchell in August, 10 days after Mr Mitchell's allegations were brought to the attention of then-Cricket Australia chairman Earl Eddings.

"That was absolutely not my intention. I think it is the first such conversation that I've had and I firmly felt that I was doing the right thing, responding as quickly as possible.

"For those who know me, I think they, hopefully, consider that I'm a caring and considerate person, so I can only apologise to Jamie. It wasn't my intention to make him feel that way. Procedurally, I felt we were doing the right thing."

'A lot of unnecessary anxiety'

Mr Mitchell says that he was left in the dark by Cricket Australia's refusal to give him access to documents relating to the tour, nor even provide confirmation of their existence, which he later learned from media reports.

Mr Hockley admitted that Mr Mitchell should have been briefed on the matter earlier, but says he would not have done anything else differently if given another opportunity.

"I felt it was following what is best practice," Mr Hockley said of CA's response. "And, you know, if approached on a similar matter, that is the course of action I would take again." 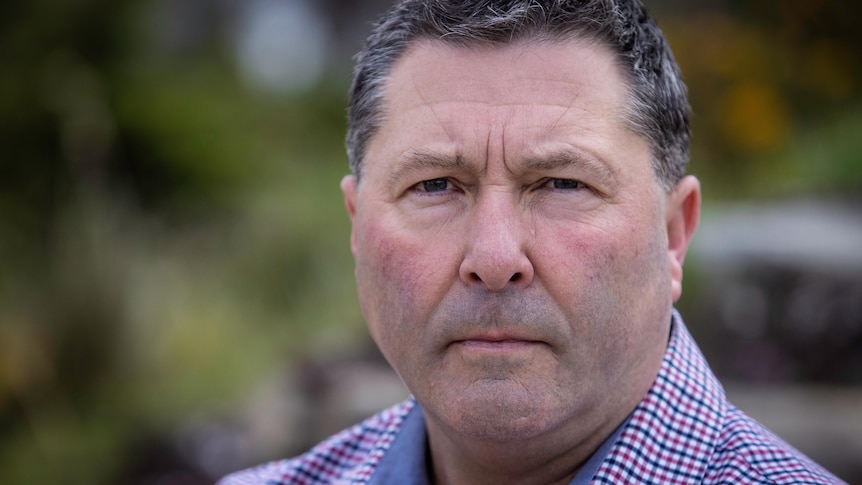 Former cricketer Jamie Mitchell says he is "relieved" the under-19s 1985 cricket tour is being scrutinised, as Cricket Australia responds to abuse allegations.

Last week, in a statement provided by Rightside Legal — whose partner Michael Magazanik is representing the former cricketer — Mr Mitchell said: "The tour has caused me trauma and distress over many years."

Mr Mitchell had asked Cricket Australia to answer a series of key questions and provide him with documentation.

Cricket Australia's integrity department has since informed Mr Mitchell that it would seek approval from the AFP to release relevant documents to him some time in the next week.

Mr Mitchell said other aspects of Cricket Australia's response have fallen short of his expectations.

"There have been numerous comments made that Cricket Australia has been in regular contact with me since I brought this matter to their attention, and that is simply not the case," Mr Mitchell said.

"Three months passed between my first contact with Nick Hockley and Cricket Australia's belated offer of help. I have had to find things out second-hand. That has caused me a lot of unnecessary anxiety. Australian Cricketers' Association boss Todd Greenberg says he is pleased that Cricket Australia is working to find answers to what happened on the 1985 tour.(AAP: Dan Himbrechts)

"I have also seen comments that Cricket Australia has reached out to my teammates to offer support, but the ones I've spoken to say this is not the case."

Mr Mitchell's story highlighted Cricket Australia's failure to sign up to the National Redress Scheme in response to the Royal Commission into Institutional Responses to Child Sexual Abuse.

The scheme was set up to offer survivors the chance to seek financial compensation for their abuse without the need for legal action, but payments are capped at $150,000 and survivors cannot make claims against institutions that haven't joined the scheme.

Mr Hockley says the organisation is now seeking to join the scheme.

In August, when Mr Mitchell's allegations first came to the attention of administrators, Cricket Australia was listed among institutions "intending to join" the scheme, but it was later removed from the page. Jamie Mitchell holds the baggy green cap he wore during the 1985 tour of India and Sri Lanka.(Luke Bowden)

In December, a spokesperson from the Department of Social Services told ABC Sport: "To provide accurate messaging to survivors, organisations which have not taken active measures to join over a prolonged period are removed."

Mr Hockley said Cricket Australia was now "fully committed" to the scheme, adding: "I'm very concerned to make sure that everyone who interacts with cricket is safe and feels safe."

But, Mr Hockley said, it was not Cricket Australia's responsibility to compensate survivors of sexual abuse by former ACT under-17 and under-19 team coach Ian King, whose teams competed in national carnivals administered by Cricket Australia and contained players destined for senior national selection.

"I think what is clear is that it's Cricket ACT's responsibility," Mr Hockley said. "We work closely with our members on these issues but it is, ultimately, their responsibility." 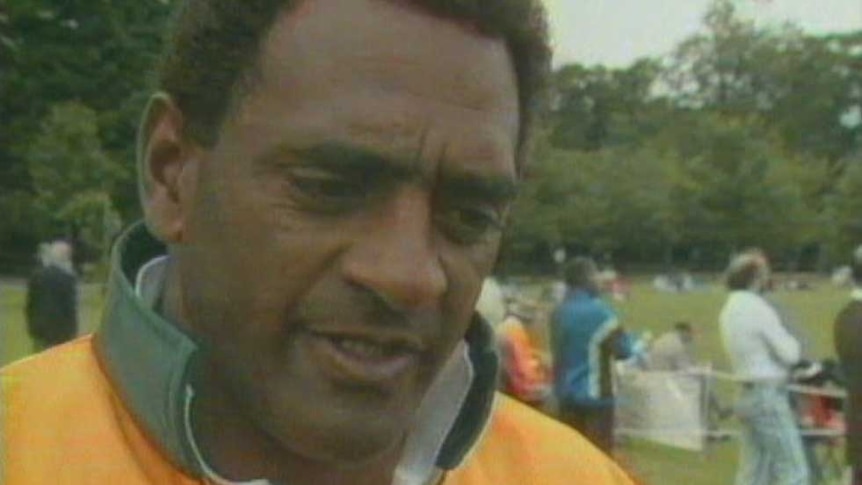 King was jailed for 19 years for a string of serious sexual offences against boys whom he coached in the ACT in the 1980s and 1990s.

Asked if Cricket Australia's hands-off approach to King's offending would meet community expectations of the sport's peak body, Mr Hockley said: "It's something we'll continue to work [on] and discuss with Cricket ACT to make sure that they're supported in this matter."

Up to 15 players who were abused by King have been left "penniless" in their attempts to seek Redress Scheme payments from Cricket ACT, which was deemed incapable of meeting the financial obligations of the scheme, despite posting a $670,000 profit in 2020-21 on the back of $2.2 million in funding from Cricket Australia.

Asked if the sport needed to take the lead from the AFL's concussion fund and carve out a portion of its sizeable TV rights income to address historical abuse matters that continue to surface, Mr Hockley said: "I think it's something we need to continue to look at and how the sport responds in the most appropriate manner."

'Nobody is blaming Nick Hockley for what happened in 1985'

Mr Mitchell told ABC Sport that one consolation of his traumatic experience was that his story had given confidence to others but, he said, the game needed to do more to address historical sexual abuse allegations. "The response to my story has been overwhelming from people I know, and humbling from total strangers," Mr Mitchell said.

"Some have drawn strength from the article to disclose painful lived experiences. If people feel empowered to speak up, that is one good outcome.

"However, it has been apparent since my story became public that Cricket Australia is not yet capable of placing player welfare above its corporate brand.

"The reputational damage to CA is evident through [the] public reaction to my story and, potentially, [it's] irreversible [for CA] if it does not read the mood and offer genuine, sincere and belated acknowledgement and remorse [for its] historical failings. The baggy green cap Jamie Mitchell earned ahead of a tour that would change his life.(Luke Bowden)

"Nobody is blaming Nick Hockley for what happened in 1985, but everybody is looking to him to demonstrate empathy, leadership and humility as Cricket Australia's CEO.

"It's not what CA says from this point. It's all about what CA does. So far, CA has left many players on that tour anxious, frustrated, uninspired and still demanding the truth."