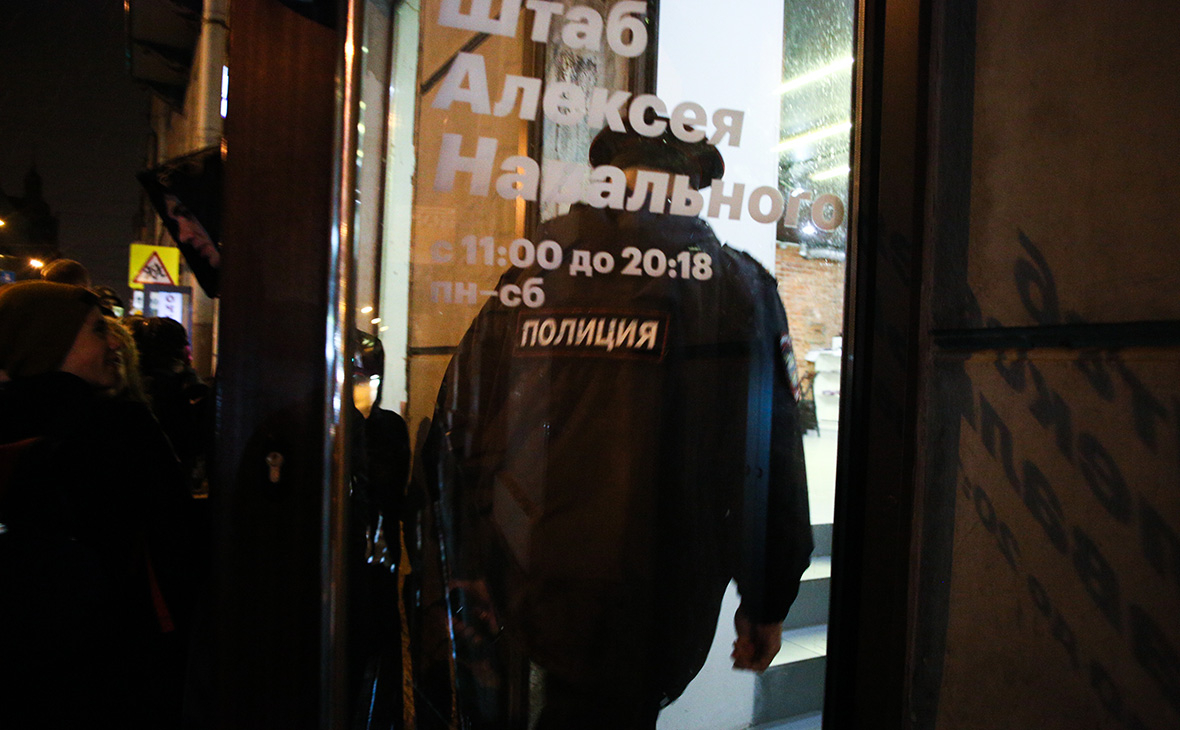 A deputy of the Tomsk Duma, ex-coordinator of the local headquarters Alexei Navalny (the organization is recognized as extremist and banned) Ksenia Fadeeva was detained. This was reported by TV2 and RIA Tomsk citing sources.

According to sources of the publication, officers of the Investigative Committee from Moscow conducted searches in Fadeeva's house. For interrogation, she can be taken from Tomsk to the capital.

'Irkutsk insider'; informed about the search of its founder Zakhar Sarapulov, the former head of Navalny's headquarters in Irkutsk. As the Camel on Fire told a local newspaper the girl of the oppositionist Alexander Shinkarev, he is also suspected under part 3 of article 239 of the Criminal Code.

According to the ex-head of Navalny's Headquarters Leonida Volkova, Sarapulov and Fadeeva were delivered to the UK and do not get in touch.

Volkov announced the dissolution of Navalny's Headquarters in April after the suspension of their activities by the prosecutor's office. According to Taiga.info, Sarapulov planned to run for the State Duma in 2021 from Yabloko, but on June 4, Russian President Vladimir Putin signed a law prohibiting those involved in the activities of extremist or terrorist organizations from holding elective offices for five years. Fadeeva, according to the publication, won the elections to the Tomsk City Duma in 2020. She also ran for the speaker's post, but lost five votes to a United Russia member. Chingis Akatayev.

In September, the UK opened a criminal case under parts 1 and 2 of Art. 282.1 of the Criminal Code (creation and leadership of the extremist community and participation in the extremist community of the FBK). The defendants in the case were Navalny and his associates Leonid Volkov, Georgy Alburov, Ivan Zhdanov, Lyubov Sobol and others. According to the investigation, the FBK was created “ with the aim of carrying out extremist activities aimed at changing the foundations of the constitutional order in the Russian Federation, undermining public security and state integrity of the Russian Federation. ''

The first person involved in the 'extremist' case became Lilia Chanysheva, coordinator of Navalny's Ufa headquarters. In November, the court sent her to a pre-trial detention center until January 9, 2022. Before Chanysheva was detained, several persons associated with the opposition were searched in Ufa.

Navalny was detained on January 17 at Sheremetyevo airport after returning from Berlin, where he was being treated after being poisoned. The court replaced the oppositionist with a suspended sentence in the Yves Rocher case real, and he should be released in the summer of 2023.

Part of Navalny's associates left Russia. In August, REN TV and RT reported that the former FBK lawyer Sobol left Russia after being sentenced to restraint of liberty in a “ sanitary case '' in connection with the January protests in support of Navalny. According to media reports, she went to Istanbul. In October, the Interior Ministry put Sobol on the wanted list. In early May, a source close to FBK told RBC that Alburov, Ruslan Shaveddinov and several technical staff had moved to Georgia to broadcast from there. The former head of the St. Petersburg branch of Navalny's headquarters and ex-candidate for the Legislative Assembly Irina Fatyanova also moved there.