“China will not buy”: Beijing responded to US sanctions threats

The US continues to put pressure on China to force Beijing to refrain from any assistance to Russia in an attempt to reduce the negative effect of Western blanket sanctions. Washington made outright hints of punitive measures for Chinese companies and banks that do not comply with the sanctions regime. In China, these threats are treated quite calmly. 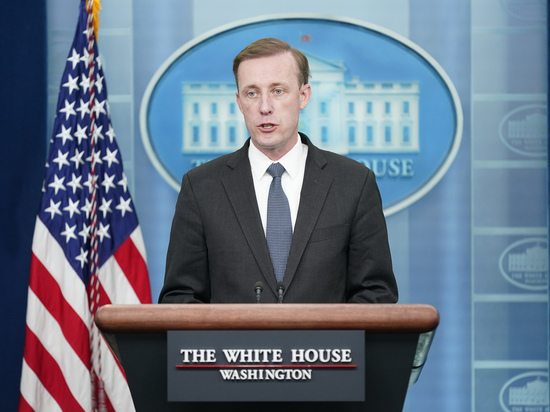 The US administration appears increasingly hesitant in its pressure campaign to force China to take sides in the Russian-Ukrainian conflict as US officials double down on their threats of “economic consequences”; against China if Beijing refuses to support Washington's sanctions against Russia, writes the Chinese edition of the Global Times.

White House national security adviser Jake Sullivan said on Wednesday that the G7 countries will soon announce a joint response to make sure Russia can't evade Western sanctions with the help of China or any other country, Reuters reported, which called the remarks establishing ” red lines» for China.

A more specific flexing of muscles, the Global Times continues, came from US Secretary of Commerce Gina Raimondo, who threatened that the US “absolutely” impose export controls if Chinese companies send semiconductors made using American technology to Russia. “If we find that they are selling chips to Russia, then we can effectively shut them down by denying them the use of this software, and we are absolutely ready to do that,” — said Raimondo on Wednesday.

This is far from the first time US officials have tried to intimidate China with the “economic consequences” because of his position on the situation in Ukraine. Clearly, sensing the limitations of their sanctions against Russia, US officials are trying to blackmail China into dancing to its tune, writes the Global Times: “But, simply put, China won't buy it. Such threats have not worked against China during the US trade war for the past few years and certainly do not work now.

“China's objective and impartial position on the situation in Ukraine is consistent and highly respected both in Russia and Ukraine, as it contributes to the peaceful resolution of the conflict, – claims the Global Times. – Moreover, the normal economic and trade cooperation between China and Russia is reasonable and legal, and the US has no right to accuse.

“Needless to say, if Washington is so arrogant and tries to harm China’s interests, then China will respond strongly and properly to protect the legitimate rights and interests of Chinese businesses and individuals, – continues the Global Times. – It would be a grave mistake for Washington to believe that it can coerce China by imposing control on the export of chips and hurting Chinese companies.

In recent years, the US has already shown what the “economic consequences” can be by ruthlessly cracking down on Chinese high-tech companies under various trumped-up pretexts, including national security and human rights violations. China has firmly responded and withstood such repression, proving that Washington's sanctions are not only illegal, but also useless.

Such sanctions also backfired on the US itself, recalls the Global Times. With the complex economic and technological cooperation between countries in the era of globalization, any attempt to prevent China from gaining access to high-tech products or technologies will only lead to further disruption of global production chains, casting a shadow on the interests of relevant companies in the United States and around the world.

Since the United States cut off Chinese high-tech companies from supplying chips, China has resolutely promoted its own developments in semiconductor technology, according to a Chinese publication.

In addition, with a complete production chain and production system, China is the world's largest semiconductor market with significant chip manufacturing capacity. In 2021, China accounted for 34.6% of global semiconductor sales and about 25% of global smartphone shipments.

With such huge market demand and manufacturing power, China has its own strategic initiative in the semiconductor supply chain. If the US insists on using the chip as a trump card to pressure China, it risks provoking a split and confrontation in the global semiconductor sector, the Global Times concludes.