Belarus, which does not take part in Russia's special military operation in Ukraine, faced the question of whether to keep diplomatic relations with Kiev. After the trick, which the Ukrainian border service played off during the departure of the Belarusian diplomatic mission from the country, protesters came to the Ukrainian embassy in Minsk, demanding to stop the aggression against Belarus and respect its citizens. 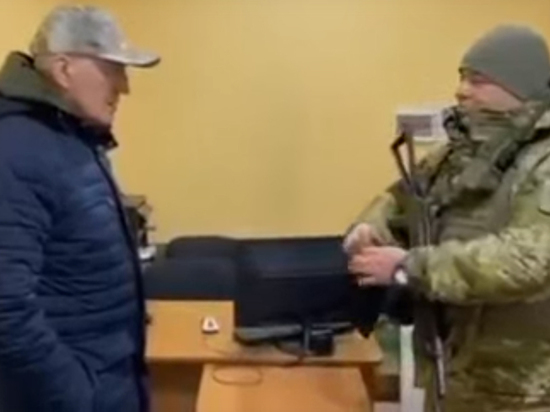 Photo: Frame from the video

The reason for indignation was the stories of Belarusian diplomats who returned from Kyiv, who had to endure many humiliating moments when leaving the neighboring country. The embassy was forced to curtail its activities in Kyiv “due to unbearable working conditions: all financial accounts of the diplomatic mission were blocked, embassy employees received threats.

Last Friday, 11 diplomats, led by the ambassador, went home via Moldova in 7 cars. They were told that the direct route was not safe. Therefore, on Friday afternoon, they ended up at the Mogilev-Podolsky border crossing, which is on the border with Moldova.

And then the bullying began. Employees were kept at the checkpoint for several hours, opening the interior lining of cars, gutting boxes with the property of the diplomatic mission, rummaging through personal belongings. The ambassador was required to open packages with diplomatic mail. But he refused, then the border guards took away three walkie-talkies from the diplomats.

But the most amazing thing happened later – the head of the border detachment decided to convey to the ambassador “hello” from his superiors: “Our head of the State Border Service of Ukraine, Major General Deineko Sergey Vasilyevich, ordered to convey to your chairman of the Border Committee of the Republic of Belarus, Lieutenant General Lappo, a fiery greeting and personally convey 30 silversmiths. That's an order! And hand it over to your lieutenant general Lappo, ”said the Ukrainian border guard. “This is an order for you, but not for me,” said Ambassador Igor Sokol, who refused to take the bag. Then a bag of coins was thrown into his chest.

In Belarus, they later said that the Ukrainian border service, arranging this provocation, was counting on a loud scandal. According to political scientist Nikolai Shchekin, they may even have sought to disrupt the Russian-Ukrainian negotiations on the Belarusian site.

Belarusian political scientist Alexander Shpakovsky told MK: “We see here a violation of international law, all conventional documents on diplomatic immunity, which are observed by civilized states. After this episode, we can confidently speak about the degradation of all state institutions in Ukraine.

We have received another proof that the state as such in this country has already been replaced by the “Makhnovshchina”, where individual commanders take on the courage and impudence to violate international law. And it is unlikely that anyone in this country, including those with diplomatic immunity, can feel safe. Many foreign diplomatic missions, as we know, have now been evacuated, some to Lviv, some to other countries.”

– Our society has already expressed its assessment of what is happening. Yesterday, a rally was held near the Ukrainian embassy in Minsk, which was attended by many opinion leaders. There were quite harsh assessments of the policy pursued by official Kiev. The embassy was handed the same “30 pieces of silver”. Also, a bag of potatoes was symbolically handed over to the Ukrainian ambassador on the road.

Naturally, the law enforcement agencies of Belarus did not allow any provocations against the embassy and diplomats. Because we still comply with the Vienna Convention. And here one should not be guided by the laws “an eye for an eye, a tooth for a tooth.”

The fact that Ukraine is rapidly turning into a “banana republic” is not at all a reason for Belarus to become like it. We will react within the framework of existing norms and diplomatic protocol – this is both a note and, I do not exclude, the expulsion of Ukrainian Ambassador Kizim from Belarus. Given also the fact that Ukrainian officials continue to whip up hysteria against our country, and we see that the Ukrainian Foreign Minister does not react in any way to the provocative calls of presidential advisers to stage terrorist attacks in our country, there are no grounds for Ukrainian Ambassador Kizim to remain in Belarus , less and less. But the decision here is in the competence of our Ministry of Foreign Affairs and the head of state.