After the closure of the last bank in Red Cliffs in June, John Bunney says he now faces nearly an hour-long round trip to access a service he believes is vital.

The town's Commonwealth Bank branch is one of eight to close in the Mallee since 2018. More than 470 regional and rural banks have closed since mid-2017, according to the Australian Prudential Regulation Authority.

Mr Bunney, 72, says he has tried moving to online banking but that he struggles using the smartphone his daughter bought him 18 months ago.

He understands the future of banking will be online, but the retired bricklayer says older people should not be neglected during the transition.

"I understand where the banking institutions are coming from — but they forget about people like me," he said.

"We're being totally neglected by the banks. 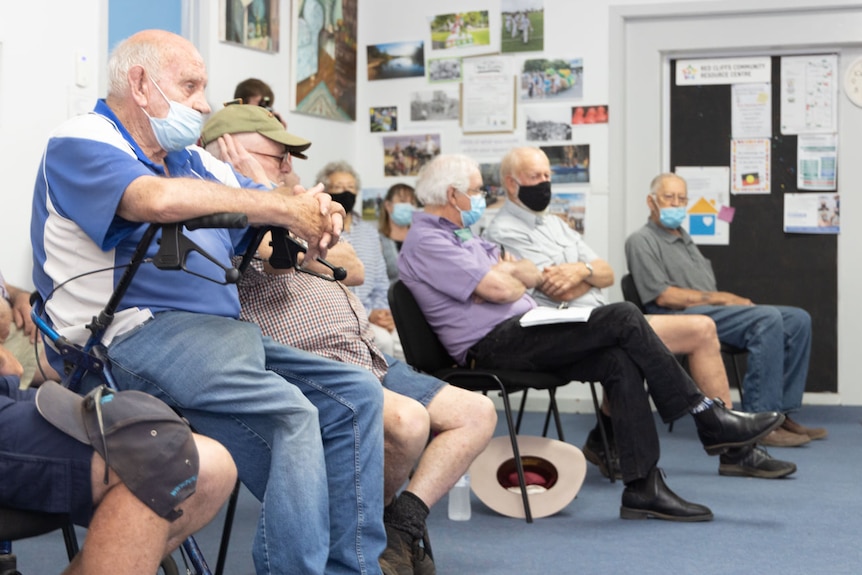 When the bank shut its doors, Commonwealth Bank regional general manager Sally Gubbin said there had been a 55 per cent drop in transactions at the site in the past five years and that a face-to-face banking option remained available at the local post office.

But concerns like Mr Bunney's are widespread across regional Australia, as the pandemic accelerates the shift away from brick-and-mortar banks.

In response, a Regional Banking Taskforce — featuring representatives from the big four banks, peak industry bodies, Australia Post and local governments — was established by the federal government in October, with plans of filing a report and recommendations to the Treasurer in February. In Red Cliffs on Wednesday, Nationals senator Perin Davey, the co-chair of the task force, and Mallee MP Anne Webster heard from individuals, business owners and community groups impacted by the changing landscape.

Senator Davey said the task force was looking at a wide variety of solutions, including changing financial services regulations, agency arrangements or a services model in which different banks pool resources to keep a physical presence in regional towns.

But Senator Davey warned this was "not about reopening banks that had closed".

"Those decisions have already been made," she said.

"This is about asking, 'Can we fill the gap where the services are not there?'

"We are trying to be forward-thinking and really think of solutions rather than just looking in the rearview mirror about what's happened in the past."

Is this the death of the regional bank? Even more regional bank branches have closed in the wake of COVID-19 as more people embraced online banking. But what impact will this have on country communities?

The union representing workers in the banking and finance industry, however, described the task force as "too little, too late".

"The federal government should not have waited until we are about to go to an election to set up this task force," he said.

"If the task force had a genuine commitment to change and consultation, then its membership would include community groups.

"Instead, the task force membership consists of the banks, their Australian Banking Association, and Australia Post, which has a contract with the banks, plus local councils and local business representatives."

What's being shared online in your town?

Have you seen your regional community change because of what people are sharing online? The ABC's Country Social project wants to hear from you

But Ms Davey said the presence of those industry figures meant the task force was more likely to find "practical and implementable" recommendations.

At the community forum on Wednesday, a sceptical local questioned whether the task force could find any solutions.

He said small communities were familiar with "consultation" but less so with results.

Senator Davey assured him her intention was to "see real change".

"I'm genuine — I hope this time around we can actually do something," she said.

"The key industries are actually on the taskforce — everyone is around the table.

"This is about finding workable solutions with industry."