As China locks down a third city, about 20 million people are now confined to their homes

A third Chinese city has locked down its residents because of a COVID-19 outbreak, raising the number confined to their homes in China to about 20 million people.

The lockdown of Anyang, home to 5.5 million people, was announced late Monday after two cases of the Omicron variant were reported.

Residents are not allowed to go out and stores have been ordered shut except those selling necessities.

Another 13 million people have been locked down in Xi'an for nearly three weeks, and 1.1 million more in Yuzhou for more than a week.

More than 2,000 people have been infected in Xi'an, in China's largest outbreak since the initial one in Wuhan.

The lockdowns are the broadest since the shutting down of Wuhan and most of the rest of Hubei province in early 2020, near the start of the pandemic.

Since then, China's approach has evolved into one of targeting smaller areas hit by outbreaks for lockdowns.

Flights from US cancelled as Olympics nears A Tianjin official told a Tuesday press briefing that 49 domestically transmitted cases with confirmed symptoms have been detected during the latest outbreak.

The city of 14 million people, around 100km from Beijing, has tightened controls on people leaving the city, and has closed indoor venues such as gyms and bars in one district with over 800,000 people.

The outbreak in Tianjin has been linked to cases in the city of Anyang in the central Chinese province of Henan, where there have been 84 confirmed infections since Saturday. 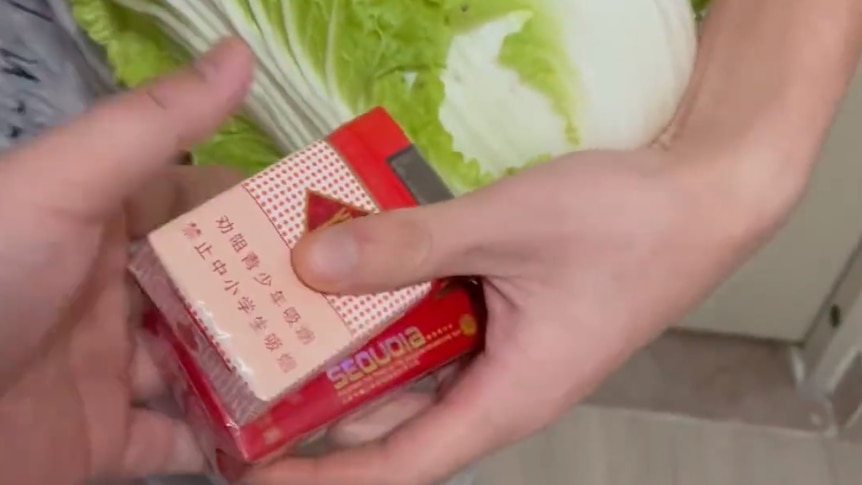 Residents of the locked-down Chinese city of Xi'an are being forced to barter for food and essentials.

Anyang, which reported on Monday two local Omicron infections traced to a student arriving from Tianjin, has ordered its 5.5 million residents to remain at home unless going out for a COVID test or essential jobs.

It appears to be the first time Omicron has spread in mainland China beyond people who arrived from abroad and their immediate contacts.

The country's Omicron surge comes just weeks before the Lunar New Year, a peak travel period for millions, and cities across China are advising people to stay put, especially as Beijing prepares to host the Winter Olympics at the start of February.

A Beijing Olympics official responsible for disease control, Huang Chun, said organisers are counting on the cooperation of athletes and officials to prevent an outbreak that could affect participation.

"If the mass cluster transmission happens, it will impact the Games and the schedule for sure," Mr Huang said.

China has ordered the cancellation of more than two dozen scheduled flights from the United States after numerous passengers tested positive for COVID when they arrived in China.

"Facing Omicron directly, we found the speed of transmission was really quite fast," said Zhang Ying, an official with Tianjin's disease control centre, speaking in an interview aired on state television late on Monday.

"Whether it is in terms of virus origin tracing or epidemiological investigations, the Omicron variant has brought along unprecedentedly massive challenges and difficulties." In Hong Kong, city leader Carrie Lam announced the closure of kindergartens and primary schools after infections were reported in students.

Schools are to close by Friday and remain shut until at least the Lunar New Year holiday in the first week of February. Anyang is an important archaeological site, the ancient capital of the Shang dynasty and where the earliest Chinese writing has been found on what are called oracle bones.

The ancient capital is a popular tourist stop that is home to the Terracotta Warriors ruins and also a Samsung computer chip factory.

The city reported 13 new cases in the latest 24 hour period, down from more than a hundred a day at the peak of the outbreak.

China confirmed 110 local symptomatic cases for January 10, up from 97 a day earlier, with 87 local cases in highly populated Henan province, according to a statement by the National Health Commission.

As of January 10, mainland China had reported 103,968 confirmed cases with symptoms, including both local ones and those arriving from overseas.