The conflict in Ukraine allows Washington to patch holes in its own budget, but how long can it last?

The morning Russia launched a special operation in Ukraine, writes Fox News columnist Tucker Carlson , the American authorities probably discussed topics that are common to them: new strains of COVID-19 that threaten to slow down the economic development of the financial market of the entire planet, internal rampant crime, as a result of which every second American is afraid to leave home alone, or the situation on the southern borders of the States where at least 100,000 Mexicans cross the border illegally every week. All these topics were instantly bogged down when the White House officials, like Marvel superheroes, switched to saving humanity as a whole, using the mechanism of skillful manipulation widely used by Hollywood cinematography with precision and categorically. 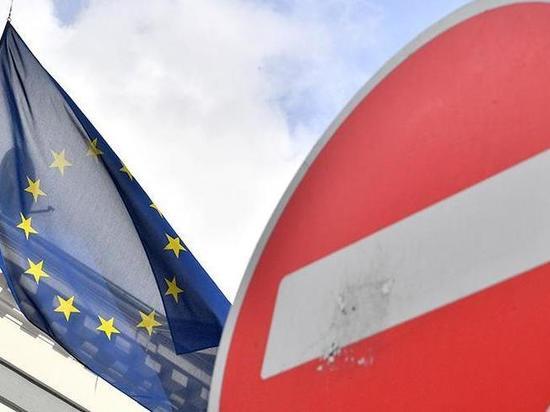 As the emergency powers self-imposed by Western leaders to fight COVID-19 began to wane, the U.S. government actively talked about the scandal with Russia, and then, under the cover of this conflict, arrogated emergency powers to wage war. As Carlson believes, the Biden administration, not for a second thinking that during the clashes in the southeast of Ukraine, not a single American was killed and no global evil hung over the territory of the United States, once again shifted the global financial turmoil to third-party ill-wishers. Russia was chosen as a scapegoat capable of taking on the gaps in the US economic economy, against which the US authorities declared a full-scale economic war.

It didn't even occur to the Americans that Russia was a sovereign state. Washington continued to take out its indignation on people whose life and situation is completely independent of the external geopolitical situation and does not feel the need for the intervention of a third party. “Clarity and objectivity of perception disappear. In conditions of such hysteria, even the recent past simply evaporates, ”Tucker Carlson is sure. Although Russia did not invade the United States, nevertheless, without any meaningful public debate and in the absence of congressional decisions, the Biden administration destroyed the Russian currency, and then threw it out of the international banking system, ruining the population.

“The Biden administration,” the American journalist is sure, “began to seize the private property of people associated with this state, without court orders and ignoring all legal procedures. No American government has ever done anything like this. The United States Government has always strongly upheld the rule of law. The integrity of this system has always been the most important component. Now everything has changed.”

According to Carlson's observations, Russia has long been a target for Western politicians. The Americans supported the government's actions, apparently not noticing inconsistencies in political slogans and economically oriented news. “How long will it take before you are personally accused of conspiracy or treason, and then declared an enemy of the state and your bank account confiscated? asks Carlson.

In his opinion, even in the Middle Ages, the church had less power over the thoughts and moods of society than Facebook, Google and Twitter. For the past two years, these companies have been deciding who Americans should hate. Citizens of Western countries obediently changed their avatars in social networks to pictures with protective masks, and now to Ukrainian flags. Each of these stages was a crisis and each was carefully orchestrated by Silicon Valley at the behest of the White House. “How can the human brain resist something like this? How can this be understood? It's really impossible. Clarity and objectivity of perception disappear. In conditions of such hysteria, even the recent past simply evaporates,” complains Carlson.

According to an American journalist, when Russia launched a special operation in Ukraine, American leaders were probably discussing a variety of topics: COVID-19, crime, the situation on the southern border. To the relief of the White House, all these topics were instantly forgotten – perhaps even forever. No society has ever been subject to the kind of subtle manipulation that America is now being subjected to. But, despite the fact that technological monopolies work to their fullest, there is a limit to everything. Some topics cannot be hidden, and inflation is one such topic.

According to Carlson, at present, the rise in consumer prices in the United States has grown so much that even the wealthiest people have begun to worry. Americans earning up to $250,000 a year are worried that their social status will worsen. “Even those who earn $30,000 a year, like many Americans, will be horrified,” the American expert notes. To understand the signs of inflation, he said, one need only listen to US political leaders. “A month after Biden took office, the number of dollars in circulation skyrocketed and continued to rise month after month. That is why we are now facing historical inflation – they (the Administration and Congress) have printed too much money. If it is said that “something” is not the cause of inflation, it is almost certain that it is the cause of inflation. After the financial crisis of 2008, the US Federal Reserve received emergency powers to regulate the country's economic problems. If you notice, our leaders are securing emergency powers for themselves in a crisis they themselves have created. After the 2008 crisis, the Fed lowered interest rates to zero and started printing money. It was supposed to save the American economy, and possibly the economies of other states. Although this situation should have ended at some point, the situation has lasted for almost 14 years. What was supposed to save the world economy destroyed it,” the journalist believes.

In his opinion, the US economy is currently being destabilized by the policies of the White House. For example, among other things, the White House banned the import of Russian oil. As a result, oil prices immediately rose. This is what happens when you shake the market in this way. “The Americans suffered immediately. We were told – many convinced us – that it was worth it, because it would allow us to win a moral victory over Putin, and for some this even served as a consolation. But ask yourself, how can this be a moral victory over Putin? Think for a moment,” Carlson said.

Russia is a major oil supplier. This means that rising oil prices are helping the country. Rising oil prices make Russia, Saudis, Venezuelans and even Iranians much richer, the journalist believes. This suggests that the loser in this war is the United States, and it's not just oil.

Carlson noted that due to the mismanagement of the Biden administration, world markets have also skyrocketed prices for a wide variety of goods – fertilizers, wheat, and so on. In just two days, the price of nickel jumped 250%. “Who will pay for all this? You. It's the biggest tax increase you've ever had – and it could easily get worse, by the way. Why? Because oil is traded in dollars,” the journalist said.

However, already today, against the backdrop of an uncertain situation that has developed, including because of the policy of the White House, there is more and more talk about the possible refusal of a number of countries from dollars in oil trade. Tucker called the “news of the decade” the information that appeared in the US media about the plans of Saudi Arabia to sell oil to China for yuan, not dollars. Similar information also appeared about India and Russia. If this happens, Carlson believes, then the era of American prosperity will come to an end.

According to him, global financial systems bring profit to the US economy, serve as the basis of the country's wealth. “So if you destroy them in an attempt to get Putin, who are you actually destroying? You will destroy the United States, which is exactly what our leaders are doing now. When you attack and destabilize the global financial systems, you are attacking and destabilizing the United States, not Putin at all,” he said. . But when the hysteria is over, when the cloud finally clears, it will become clear that the Biden administration's response is the most destructive step ever taken by an American president—destructive not for Putin, but for the United States and the world, for us and a lot of smaller countries. who do not deserve it,” summed up Carlson